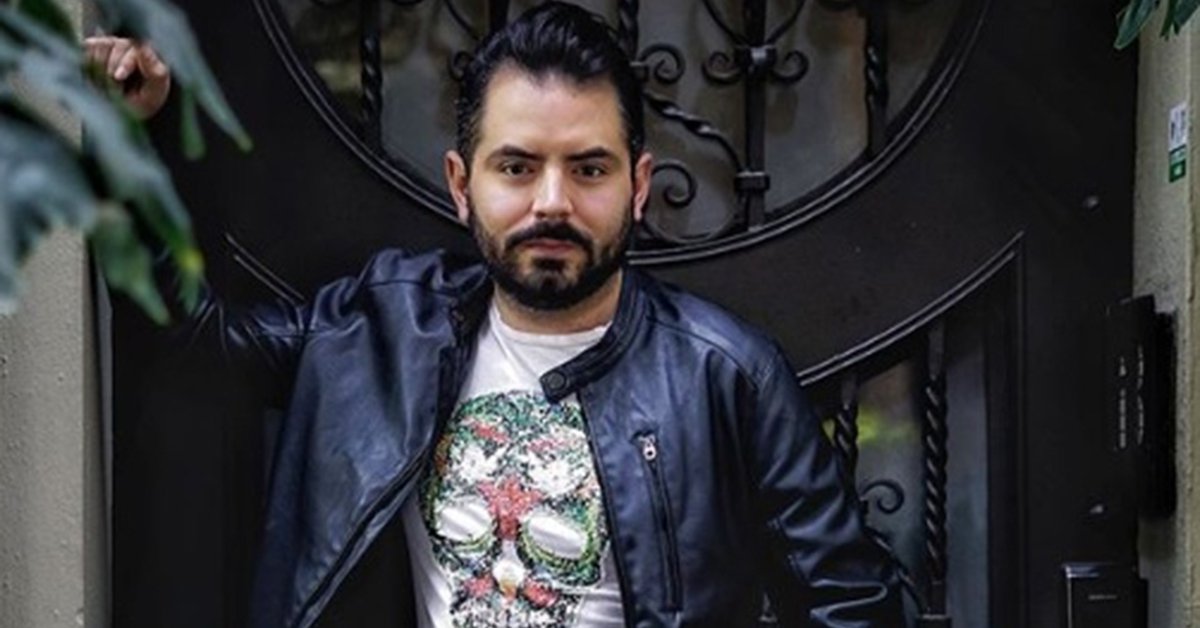 José Eduardo assured that he is not interested in being the intermediary between Victoria Ruffo and Eugenio Derbez so that they improve their relationship (Photo: Instagram / @ jose_eduardo92)

The son of Eugenio Derbez Y Victoria Ruffo, Jose Eduardo, was sincere about his interest in making his parents get along, because it is after having witnessed a bad relationship for 25 years, today he is no longer interested in their reconciliation.

José Eduardo has shared on several occasions that he has lived with the reality of being the son of a divorce since his childhood, which was not easy in his childhood and youth, but now he sees it as something that happened in the past and has the opportunity to be with both.

Now the actor has a good relationship with his two parents despite a well-known enmity between them. Although he has witnessed how his media fight continues, he prefers to get away from that controversy.

The conflict between the actors began when it was made public that both were in a legal fight for the custody of their son, who was four years old (Photo: File)

In an interview with Today, José Eduardo revealed that has not tried to be the intermediary between his parents. “Because it is, what for?, I do not care that they are the best friends of the soul and their relationship was already 25 years agoWell, it’s over, ”Derbez replied.

The conflict between Victoria Ruffo and the comedian began since their separation, when her son I was four years old. Soon after it was learned that both were in a legal battle to get custody of José Eduardo.

Victoria and Eugenio met in 1989 within the same work circle of actors from Televisa, and they stayed together until three years later, the actress’s pregnancy made them formalize their relationship. At the time it transpired that they had married, but later it became known that they never made their marriage, but that it was a “fake wedding.”

José Eduardo has commented to the media that there is currently no enmity between his parents, but they are not the best of friends either (Photo: Instagram / @ederbez)

According to Eugenio, Victoria used the bogus wedding argument to gain power of the then child. The lawsuit started when Ruffo accused Derbez of having deceived her with the ceremony that he orchestrated with his comedian friends.

The actress explained that it was a “joke wedding” where she was disguised as a bride and someone else acted as a priest. Following these statements, Eugenio replied that Ruffo always knew it wasn’t a real wedding, but it was a party to give him some rings that symbolized their union.

Both have stated that the breakup was painful for each one for different reasons and the tense relationship they currently have is still evident in the media.

One of the last episodes of their enmity was recorded in Traveling with the Derbez, when the patriarch assured that Victoria was not the “queen of soap operas”, as she has been named for her success on television.

In “On Trip with the Derbez” Eugenio stressed that he does not consider that his former partner surpasses his mother in terms of his acting skills (Photo: Instagram / @ deviajeconlosderbez)

While the family remembered what José Eduardo’s birthday parties were like, Aislinn mentioned that “The best birthdays in the world that I went to, they were yours”He told his brother.

Eugenio then assured that while Ruffo’s son lived full of good times and luxuries, they had to live “where they fell.” In addition, he continued his speech saying that “Your mother then it already was…” and Alessandra Rosaldo cut her sentence to end it with “She was the queen of soap operas”.

Stellar of How to be a Latin Lover His wife’s words did not seem correct, so he said: “No, The queen of soap operas was my mom! Her mother (Victoria Ruffo) worked on soap operas ”, putting Silvia Derbez, first actress of the Golden Age of Mexican cinema, above the protagonist of Corona de Tears.