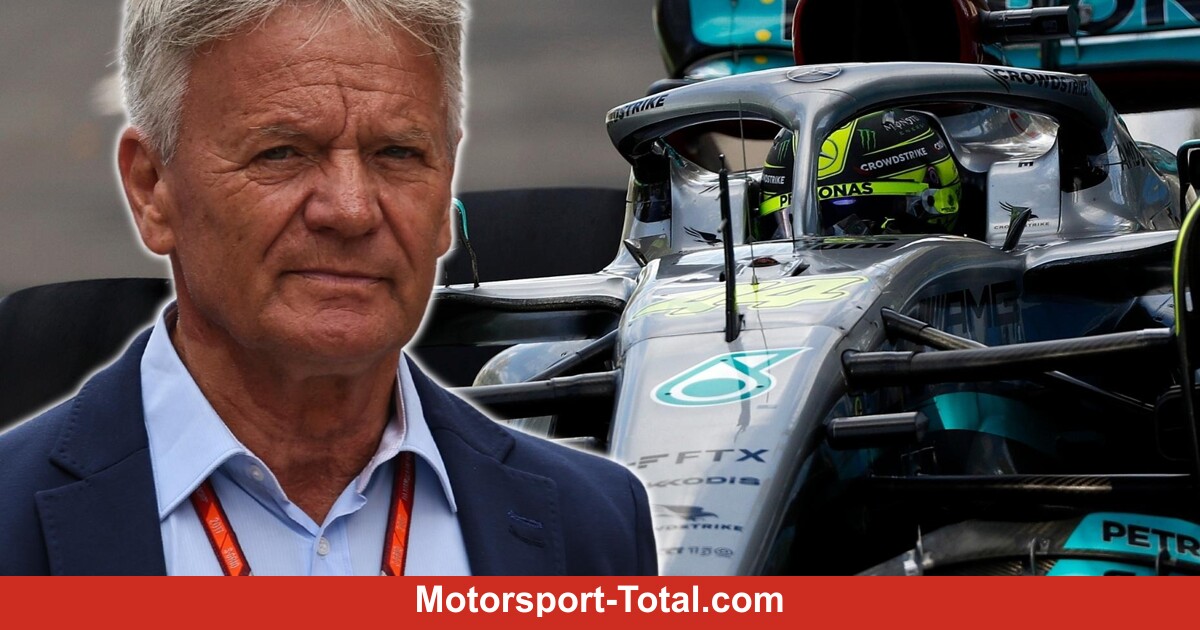 Why Hamilton is currently behind Russell in the World Cup

(Motorsport-Total.com) – After three of 23 planned races in the 2023 Formula 1 season, Mercedes is in the wrong world: George Russell, the 24-year-old newcomer who has never won a Grand Prix, has 37 points second place in the world championship. Lewis Hamilton (37), on the other hand, the seven-time world champion, is only fifth with 28 points.

A distorted picture, as Marc Surer finds: “To be fair, you have to look at how it came about,” says the Formula 1 expert in a video on the Formel1.de YouTube channel, which deals with the current situation of the Mercedes -Teams apart. (Subscribe to the channel now for free and activate the bell to never miss a new Formula 1 video!)

In Saudi Arabia, Surer said Hamilton was “unlucky” because he couldn’t pit at the right time “because the pits were closed.” Apart from that, his race there was “really strong” after the botched qualifying.

And in Australia Hamilton “had the bad luck again that Russell was able to change the tires at the right moment”, namely during a yellow phase. Hamilton, on the other hand, “had to change at full speed and lost a lot of ground as a result”.

Why does “porpoising” hit Hamilton so hard?

Otherwise, Surer is convinced that Hamilton would be ahead of his younger team-mate in the drivers’ standings. Nonetheless, even Hamilton himself says he doesn’t get along well with the F1 W13 E Performance. Mainly because of the “porpoising” that Mercedes continues to deal with the most.

While world championship leader Charles Leclerc admits that the Ferrari is also “porpoist”, but that doesn’t bother him that much, Hamilton has a hard time with it. “Because he’s only driven perfect cars in recent years. He’s spoiled,” Surer suspects.

Marc Surer on Lewis Hamilton: Why he doesn’t get along with the W13 as well as George Russell and why you still don’t have to worry. More Formula 1 videos

Russell, on the other hand, is not used to perfect cars, in the past “had to beat Williams around the course, which wasn’t perfect at all, and has sometimes achieved miracles with it. Russell is used to driving fast with a bad car. Lewis is no longer that used.”

The difference: Ferrari vs. Mercedes

It also depends on “how a car jumps,” reports Surer, who himself drove “ground effect cars” in his Formula 1 career: “If it still keeps the wheels on the ground and just the driver shaken up, you can still go fast. And I think that’s the case with the Ferrari.”

It keeps the wheels on the ground, always has grip and can still approach the curve quickly. But if you have a car that moves and does like the Mercedes, then you simply have trouble turning into the curve at full speed .”

Whether Hamilton will achieve the targeted eighth world title by the end of his Mercedes contract in 2023, with which he would surpass Michael Schumacher’s all-time record, is “difficult to say,” says Surer. At the same time, he makes it clear: “It’s possible.”

See also  Ours in the NHL: Panarin and Shesterkin knocked out Malkin's Pittsburgh, Namestnikov's goal did not help Dallas

Surer: Hamilton is still at the top level

But the 37-year-old has to beat his team-mate first, and at least that’s not a sure-fire success. “It will probably be decided a bit by luck and bad luck,” predicts Surer, but at the same time emphasizes that he sees “no problem” in the long term, “as strong as he drives”.

“I actually thought that he would have a harder time against Russell, especially in qualifying. But there’s not much missing, there’s hardly any difference between the two. And in the race, Hamilton is the benchmark – he’s always on the radio whines but always gives everything on the other side, so I’m not worried about Lewis.”

In this respect, Surer can do little with questions as to whether Mercedes will soon be embarrassed to have to issue a team order for Russell and against Hamilton. For example a “Hold position!”, as was already suspected by outsiders in Melbourne, but ultimately wasn’t the case, as it turned out after the race.

Why a team order per Russell doesn’t make sense

Something like that will only happen “when they have the chance to become world champions. Before that, it doesn’t make any sense. You don’t know whether Russell might fail in the next race, and then it’ll look completely different again. It’s too much early to think about that.”

However, Surer does accept an announcement: Should Hamilton lose the team duel in 2022 against Russell, it would be “a flaw” in his otherwise glorious Formula 1 career. “But I don’t think it will come to that.” And if you do, it’s not because you don’t have enough driving skills, but because of an imbalance between good and bad luck.

The interview with Marc Surer about the situation at Mercedes in the 2022 Formula 1 season is now available in an unabridged version (7:18 minutes) as a video on the Formel1.de YouTube channel.