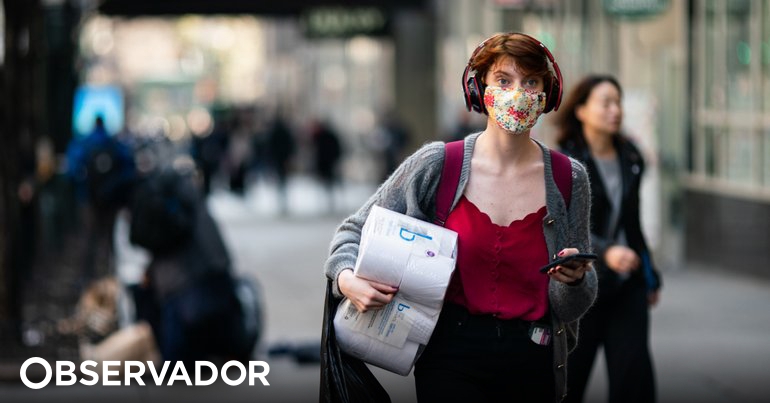 Why do some people never have Covid-19? Theories, from the push of genetics to cross-immunity – Observer

After all, having few friends is not the only explanation for those who, more than two years after the beginning of the Covid-19 pandemic, still have not contracted the coronavirus. If you have had risky contacts and have never been infected, the answer may lie in the strength of your immune system or in your genetic peculiarities.

Anyone who hasn’t contracted Covid-19 is probably because they don’t have friends, says South Korean doctor

This is what several studies suggest that sought to find out how, after so long, some have never been infected with SARS-CoV-2 — not even had Covid-19 without developing symptoms. One of the theories came from Imperial College London, points out ABC: who has higher levels of T-cells produced after contact with the cold coronavirus will be less likely to become infected with SARS-CoV-2.

T-cells are cells of the immune system that memorize the characteristics of an invading agent (such as a virus or a bacterium) to attack it in case of new contact. SARS-CoV-2 has some characteristics similar to other coronaviruses that the human body regularly comes into contact with, so the immune response to previous infections may function as cross-immunity against the Covid-19 virus.

This is what Rhia Kundu, author of the study, explained in the Imperial College London press release: “Being exposed to the SARS-CoV-2 virus does not always result in infection”, confirmed the researcher. “We found that high levels of pre-existing T cells, created by the body when infected with other human coronaviruses, such as the common cold, can protect against Covid-19 infection,” she concluded. This may not be enough to protect someone from the disease, which is why vaccination and compliance with personal protective measures remain essential: “No one can rely on this alone”.

Another theory is in the genes. Stuart Tangye, an immunologist at the Garvan Institute for Medical Research, believes that there will be those who are less susceptible to viral infection because they have genetic mutations that serve as a natural shield. It is not something new for SARS-CoV-2, recalls ABC: there are also people who, due to a genetic mutation, do not have the cellular structures that the AIDS virus uses to infect cells. Therefore, these people are resistant to HIV.

A study by Queen’s University in Belfast, Northern Ireland, determined that if genetics can impair the ability of frail individuals to battle the virus, it could also be a plus. Lindsay Broadbent, lead author of the report, says she discovered a volunteer in the study who could not become infected with SARS-CoV-2 because it had genetic mutations that strengthened the immune response of the body against infection.

In the United States, a study is under way to arrive at more conclusive answers as to why one person becomes infected and another, exposed in the same way to the virus, escapes. Jennifer Nuzzo, an investigator at Brown University’s School of Public Health, is leading one such study.

In an interview with NBC, he revealed his theory: “There was a chance that some people may express a different level of receptors, the types of cells that the virus tries to invade and that people who have more of these cells may be more likely to be infected than people who have less.” In the absence of definitive answers, and while the scientific community explores the subject, the vaccine and individual protection methods remain the best barriers to avoiding Covid-19 and serious illness.