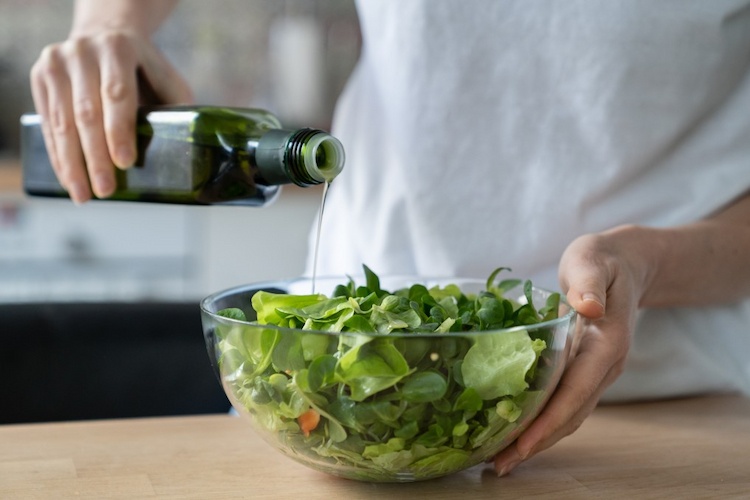 A recent study shows that regular consumption of olive oil can be good for the heart. The results suggest that more than 7 grams, or 1/2 tablespoon, per day could prevent deaths from cardiovascular disease. The study authors also found that it significantly reduced death rates from cancer, neurodegenerative diseases, and respiratory diseases.

What makes olive oil good for the heart

This research found that changing diet by replacing about 10 grams of margarine, butter, mayonnaise, and milk fat per day with the same amount of olive oil was associated with a generally lower risk of death. In addition, these findings support the current dietary recommendations for increasing the intake of olive oil and other unsaturated vegetable oils. For this purpose, the researchers analyzed 60,582 women and 31,801 men who were free from cardiovascular diseases and cancer at the start of the study in 1990. One tablespoon was equivalent to 13.5 grams of olive oil. The research team calculated the consumption of other vegetable oils based on the oil brand and type of fat given by the study participants. The scientists found that consumption of olive oil increased from 1.6 grams / day in 1990 to around 4 grams / day in 2010. In contrast, margarine consumption has decreased from around 12 grams / day in 1990 to around 4 grams / day in 2010.

The test subjects who consumed olive oil more often were also more physically active, had southern European or Mediterranean ancestry, smoked less often and consumed more fruit and vegetables. The risk of cardiovascular mortality decreased by 19%, while the probability of neurodegeneration was almost 30% less. The research results largely persisted even after taking socio-economic factors into account. This study and previous research found that consuming olive oil can have health benefits. However, some questions remain about the specific protection that olive oil offers, such as stroke or atrial fibrillation. The recommended daily dose to reduce the death rate from heart disease also remains to be clarified. Therefore, the authors of this study plan to seek possible answers through future research.