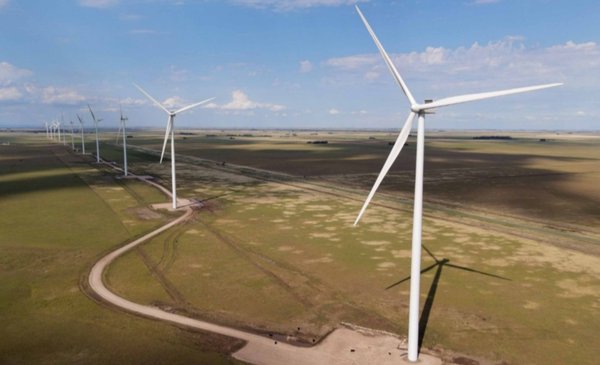 Why are bad winds presumed for wind turbines?

If there is a market that has grown strongly and steadily in recent years, it is that of alternative energies.

It is about the production of electricity from wind turbines; that is, harnessing the wind by converting its kinetic energy into electricity.

However, after a great stage of installation of parks, the situation has become more complicated every day.

In our country there are about 800 mills, with an installed capacity of 3,000 MW, of which it is estimated that there are around 50 with technical problems; some detained months ago, due to the difficulties that companies encounter in importing supplies and spare parts, due to lack of foreign currency and bureaucratic complexities.

“It’s something amazing. Imports are being stopped that would allow generating energy equivalent to twenty times what the restricted input costs, an energy that must be replaced by more expensive fuels”, commented businessmen from the sector consulted by The new one.

“It seems that no official has that comprehensive view of what is happening; nobody does these accounts”, they added.

Bahía Blanca —and its region— have been one of the places in the country where the growth of this system has been seen the most, attentive to a series of advantages (see separate) that it offers, among them, of course, a very adequate wind.

However, the system has run into a major drawback in recent months: the restrictions that companies encounter when it comes to accessing foreign currency.

So it is not the lack of wind that is restricting the generation of wind energy, but rather the lack of dollars, a situation that becomes more relevant in the context of the energy crisis caused by the lack of gas.

Due to this situation, the Argentine Wind Chamber (CEA) sent a letter to the president of the Central Bank, Miguel Pesce, with a copy to the Minister of Productive Development, Matías Kulfas; the Secretary of Energy, Darío Martínez and the head of the AFIP, Mercedes Marcó de Pont, warning of this situation.

The number of recipients that the letter has is due to the various —and varied— bureaucratic barriers that companies must overcome to import, since each window imposes an exchange restriction, aggravated by the imposition of the Comprehensive Import Monitoring System (SIMI) and the Financial Economic Capacity (CEF).

The problem is due to the impossibility of entering the country with the necessary spare parts so that no mill stops working. That is why the reality of the sector is worrying and the CEA registers —at least— 50 stopped wind turbines, unable to produce electricity.

Consulted by this means regarding whether some of these mills are located in our area, the entity’s general manager, Héctor Ruiz Moreno, indicated that he preferred not to individualize them so as not to expose any company in particular, since the problem reaches the twenty companies that make up the CEA and are responsible for generating 70% of the country’s wind energy.

He mentioned —in any case— that “if these problems are not corrected, the number of stopped wind turbines will increase”, beyond acknowledging that “some companies are solving the problems, investing time and efforts that could be avoided”.

The wind sector imports more than 60% of goods and supplies. 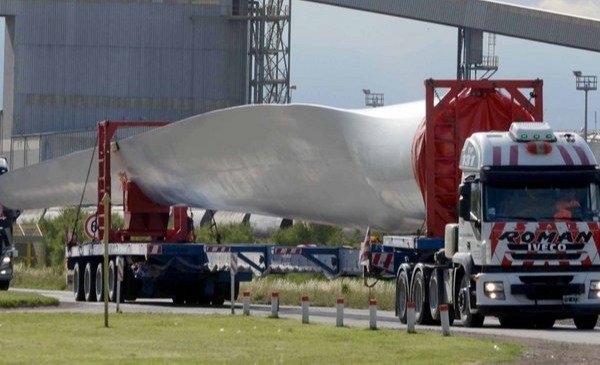 In order for the Central Bank of the Argentine Republic (BCRA) to grant dollars to companies, they have to approve the Comprehensive Import Monitoring System, an AFIP instrument that “prioritizes controls and risk management on merchandise,” and comply with the financial economic capacity.

The problem is that, at the time of the tenders, the companies created subsidiaries to present themselves, which do not comply with the new requirements and cannot buy the necessary products.

The CEA points out that spare parts for a wind turbine with an installed capacity of 3.6 MW have been stopped for months at Customs. The value of the same is 15,000 dollars, but the energy lost requires contributing 385,000 dollars to compensate for the 5,512 KW/h that were not produced with the mills.

The lack of dollars is also a big problem. 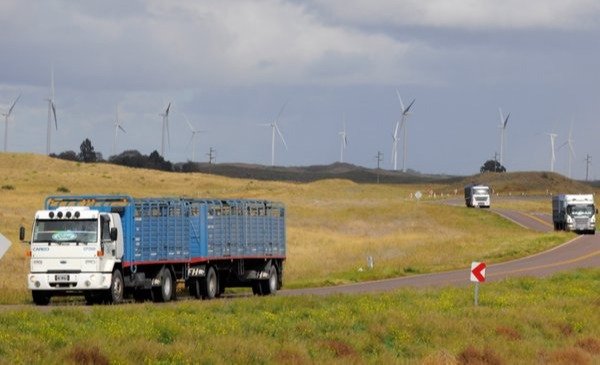 “We have bills owed for several months that we cannot pay because we do not have access to dollars. Some wind turbines require specific studies, such as X-rays of the blades, which we cannot do, and we have to leave them out of service”, they explained.

There are also complications with shipping companies.

As the Central Bank restricted the possibility of term payment, they serve other markets and it is difficult for local companies to find someone to deliver the merchandise.

The crisis worsened with Communication 7030 from the Central Bank, with effects on imports for the wind industry.

The CEA explained that the situation affects the entire value chain of the sector, particularly those who manufacture and develop national components (towers, electrical supplies, logistics and services) who see their expansion and the maintenance of jobs slowed down if the developers and technologists cannot face their projects normally.

The restrictions and requirements for companies that must access the Single Free Exchange Market have produced a profound disorder, which not only hinders the installation of the parks, but also their operation and maintenance.

Bureaucratic processes further hinder the possibility of importing and paying for them, through processes that add to the restrictions, such as the SIMI and the CEF. 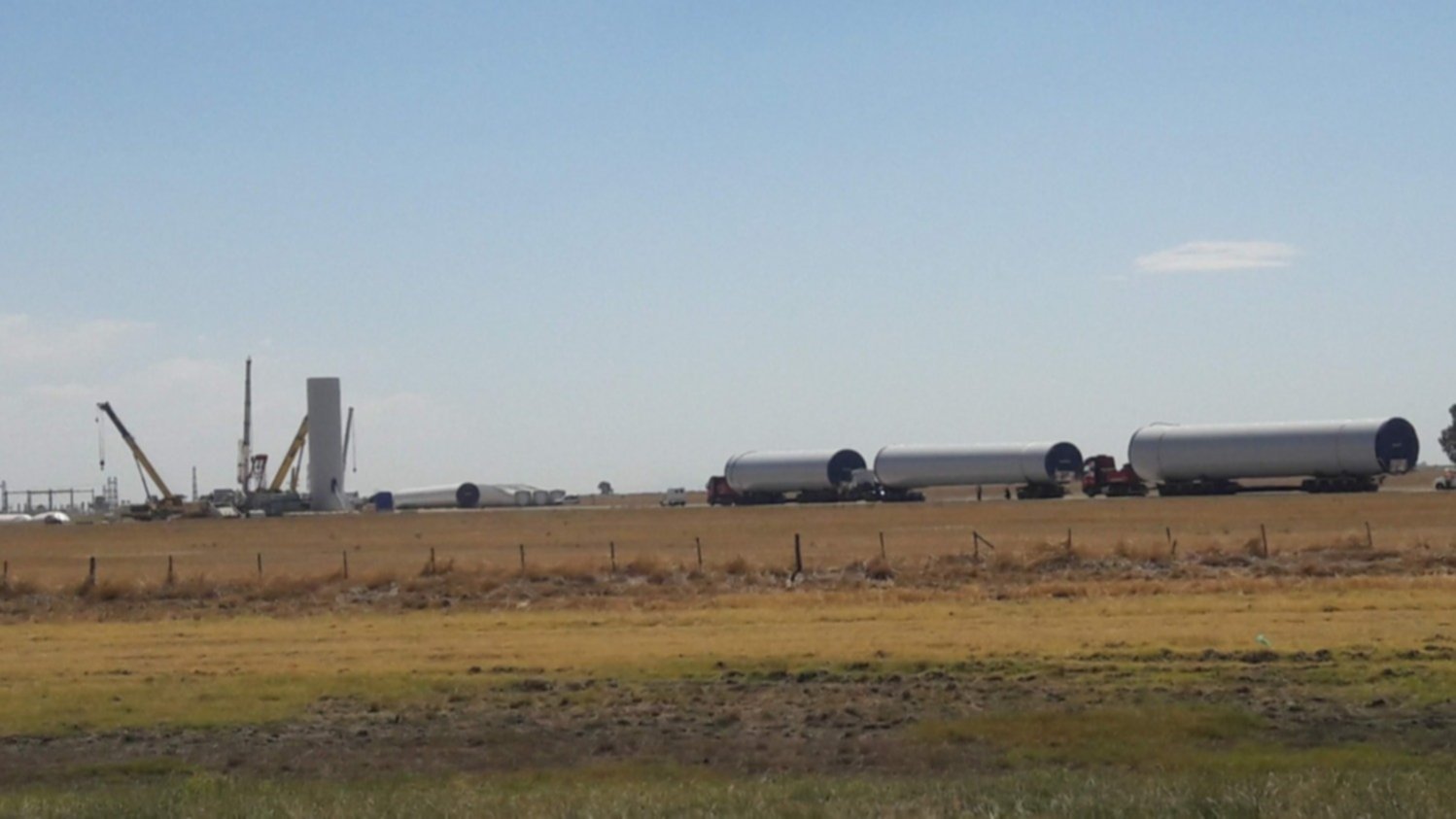 “We are not unaware of the difficulties that the country is going through in its macroeconomics. And for that reason we make every possible effort, because it is our sector that will make it possible for Argentina to comply with its Paris and COP 26 Glasgow commitments in terms of environmental care through the substitution of fossil fuels”, it was indicated.

Since the end of the 20th century, two generations of wind farms account for the development achieved in our country.

With the beginning of the next century, most of the first generation wind farms became inoperative due to technical problems and financial and regulatory obstacles, as a result of the country’s political-economic fluctuation.

The wind farm installed in 1990 in the town of Río Mayo, in the province of Chubut, with 4 turbines of German origin, opened the first generation of parks that were completed between 1990 and 2008.

A pioneering local example is the park installed by the Punta Alta Electric Cooperative (CEPA), with three teams that can be seen at the intersection of national routes No. 3 and provincial No. 249.

CEPA got in touch with the German consultant DECON and managed, with the German Ministry of Science and Technology, the acquisition of three Bonus units, of 600 kW each.

The German ministry subsidized 65% of the equipment, construction and connection to the network and a resident of Punta Alta made available the necessary space for its installation.

At the end of 1998, the Centennial Wind Farm was inaugurated.

Despite regular maintenance, wear caused more and more damage to the motors, gears and wiring of the mills. 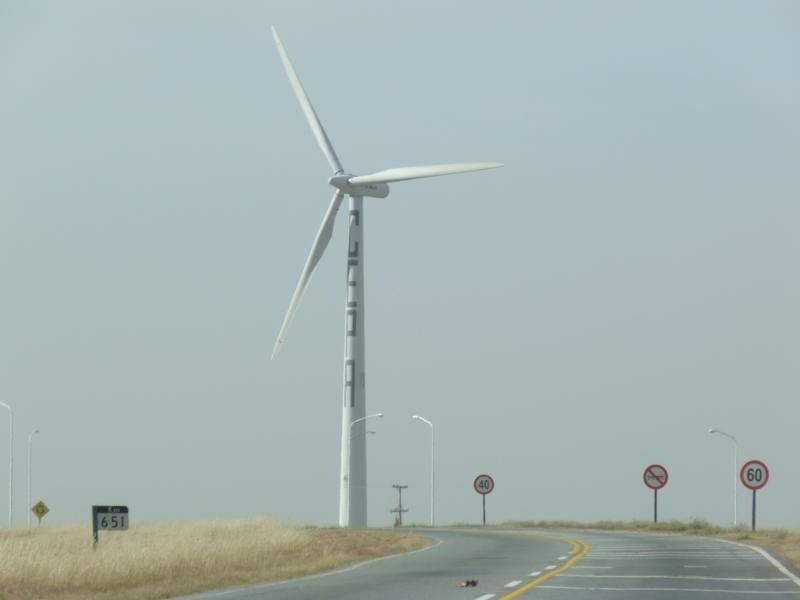 The 2001 crisis and the departure from the country of companies in the wind sector aggravated the situation and forced the import of spare parts. In addition, inconveniences appeared in the General Directorate of Customs that delayed the entry and delivery of products.

See also  If there is a power shortage, chaos threatens the tills

In the first decade of 2000 two of the teams were inoperative and the third was stopped before it broke up.

CEPA sought to obtain subsidies and external help to pay for the repairs but, despite numerous attempts, the wind turbines stopped operating.

—Wind energy is the use of the kinetic energy of the wind to transform it, through wind turbines, into electricity.

—Due to its renewable nature, it is inexhaustible, non-polluting and has great exploitation potential.

—Argentina has one of the best winds in terms of speed and persistence and has land to build parks.

—The sector grew with the enactment of the National Promotion Regime Law for the use of Renewable Energy Sources, which laid the foundations for its development. 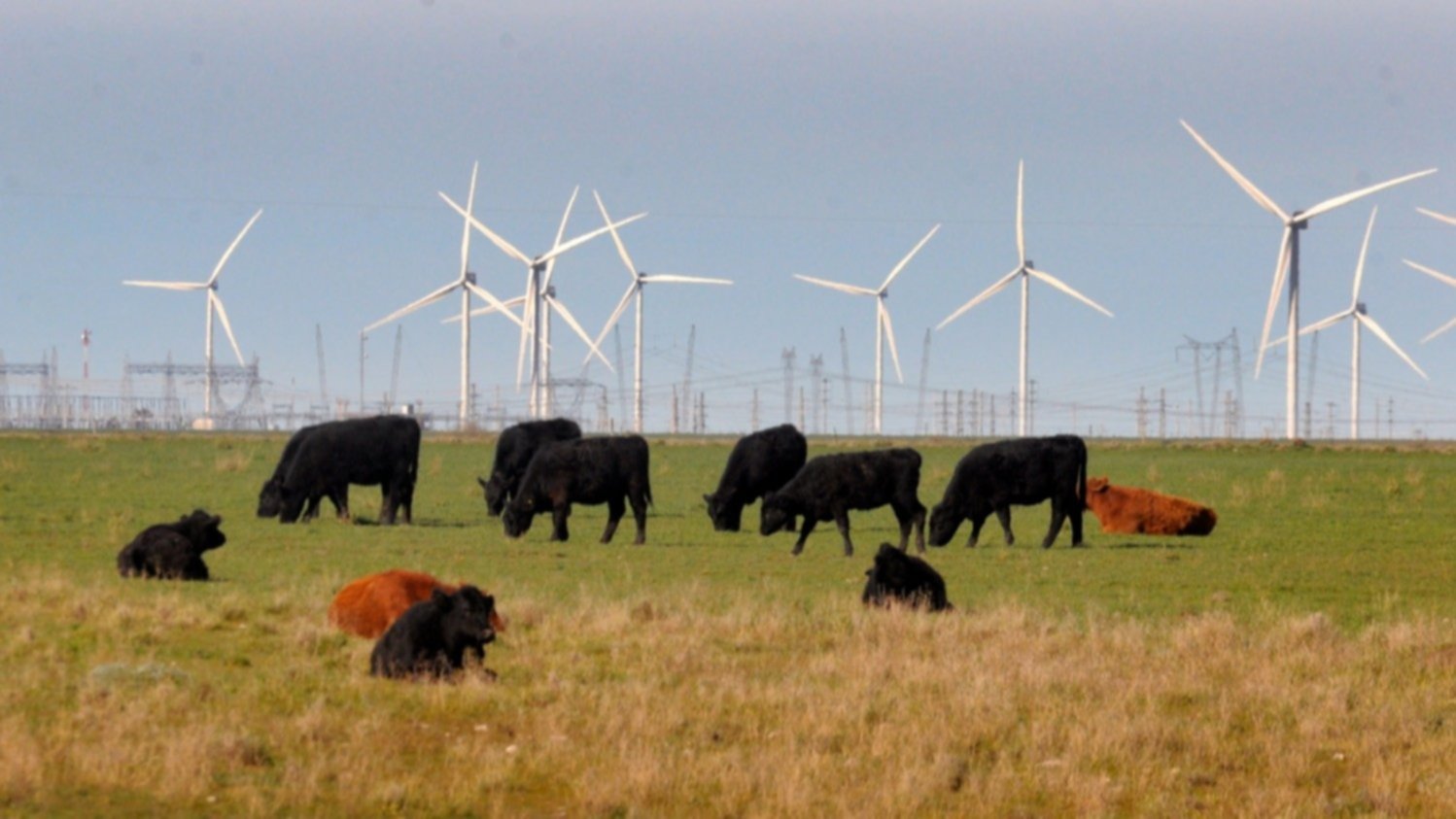 —On March 1, two historical marks were registered, establishing a record for contributions of wind and solar generation, with 3,670 MW.

—In 2021, renewable energy covered —on average— 13% of the country’s electricity supply.

Where is Bahía Blanca?

The city of Bahía Blanca is designated —by the Argentine Wind Chamber— as a strategic region for the development of wind farms, due to its unbeatable conditions thanks to the quality of its winds, proximity to the port and connectivity.

Of the 1,176 MW of wind power in the province of Buenos Aires, 20% corresponds to Bahía Blanca.

According to UNS studies, the wind speed —at 80 meters high— is between 29 and 36 kilometers per hour, which generates capacity factors —annual energy that can be produced— of between 35% and 45%.

This is considered excellent, considering that, globally, factors greater than 20% are acceptable.

Other favorable points in the city are its port, which allows access to large equipment and the Free Trade Zone with adequate warehouses.

Electrical connectivity is another attraction, with high-voltage lines and appropriate transformer stations for the evacuation of the energy generated, as well as human resources, with national universities and training centers to provide the qualified human resource that is required.

In the area near our city there are 11 wind farms, with a total of 140 wind turbines.