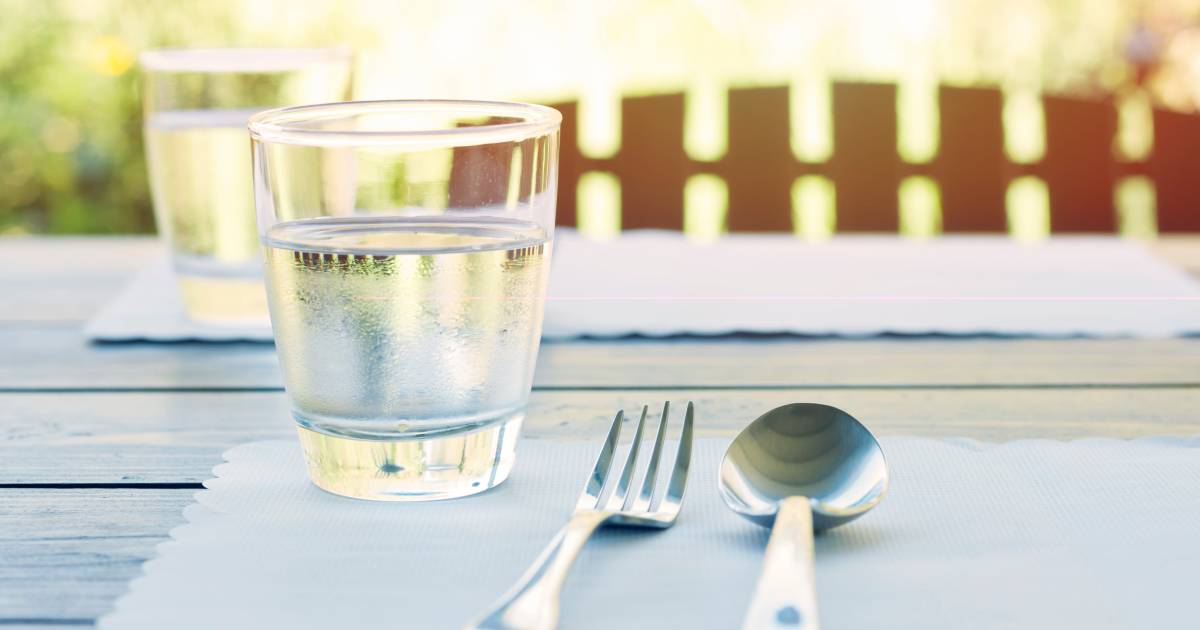 Cooking & EatingOne of the biggest annoyances during a nice dinner is that glass of water that you suddenly have to pay for. Or getting a bottle of Spa blue instead of tap water. As a guest, can you decide what kind of water you get on the table? And why is it charged in one restaurant and not in another?

Restaurants and cafes that don’t serve free tap water: many people find that annoying. In 2014, according to food platform Culy, it was already one of the major annoyances for catering guests. Back then it was in the top 10 of biggest annoyances, but in 2022 it is still a phenomenon that bothers many people.

TV chef Alain Caron has four successful restaurants in Amsterdam. He sees tap water as a basic necessity of life and therefore believes that in most cases it should be free. “No profit should be made on tap water. You don’t pay for air, do you?” he thinks. A reviewer from It Password recently reported in a review that it was ‘stupid’ that she found the carafe of tap water on the bill.

Yet it is the catering entrepreneurs who determine what is on the table and how much they ask for it. There are no rules or laws for this in the Netherlands, a spokesperson for the Dutch Food and Consumer Product Safety Authority reported when asked. In Spain, for example, that changed this month. A law has been passed that makes it mandatory to serve tap water in the catering industry. Giving a glass of water for free is a way to reduce the use of plastic bottles, it is believed.

Tap water should become the standard

In the Netherlands we should also drink more tap water, KRNWTR+ believes. This social enterprise has been committed to reducing single-use water bottles (both plastic and glass). Horeca advisor Lars de Boer is affiliated with the foundation. He believes that tap water should become the standard in restaurants. “Dutch tap water is of excellent quality. Why should we get spring water from far away?”

De Boer has seen an improvement in the past ten years: “Not serving tap water is now the exception rather than the rule, before it was the other way around.” If you still want tap water and are not served it, it helps, according to etiquette expert Jan Jaap van Weering, to approach this with humor and decency. “It’s a matter of dealing with each other properly. If you ask something with a smile, it can do wonders and it won’t cost you anything.”

A 2018 survey by Gfk (a German market research institute and one of the four largest market research organizations in the world, ed.) among more than 47,000 Dutch people shows that 94 percent of people believe that tap water should be free if they also order other drinks. . If the money went to a good cause, it would be a different story: 60 percent would be willing to pay for tap water.

A spokesperson for the Consumers’ Association calls the serving of free tap water ‘customer-friendly’, but freedom of choice for both parties is important. “A restaurant is free to serve whatever they want. In addition, the guest is also free to decide what to drink and therefore to leave if the water is not to your liking.”


With every glass of water we serve, we add costs, such as for taking it away and rinsing

Restaurants that initially offer spring water and charge money for it often do so for financial reasons. Restaurant owner Caron agrees that some small catering businesses do charge money for water. “I say: if you can, give it for free. At the same time, everything is becoming more expensive and I understand that sometimes that becomes too much for entrepreneurs.”

Jan Meurs, owner of brasserie Ome Jan in Oisterwijk asks 0.99 euros for a glass of water. He serves tap water, but on request, he shyly admits. Because serving tap water also costs money. “With every glass of water that we serve, we incur additional costs, such as taking it away and rinsing it.”

On the other hand, Ome Jan offers his products for a lower price than many other restaurants, he says. “Other catering establishments provide free tap water, but do pass on those costs in, for example, a more expensive wine.”

You can respond at the bottom of this article. Only comments with a full name will be posted. We do that because we want a debate with people who stand for what they say, and who put their name on it. If you still need to enter your name, you can do so by clicking ‘Login’ at the top right of our site.