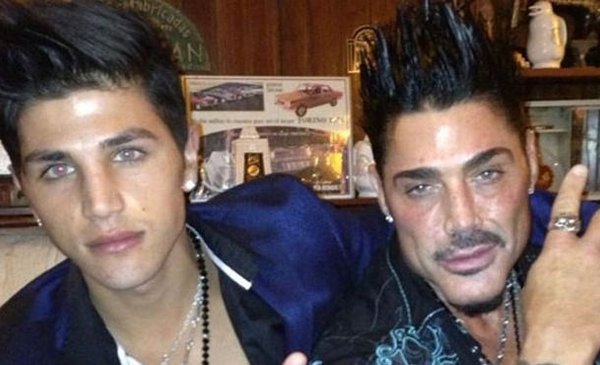 Whom? Ricardo Fort’s ex, kisses with his new girlfriend

Rodrigo Díaz rose to fame in 2013 by becoming Ricardo Fort’s boyfriend, with whom he was a long time partner. Already separated, the young man tried to go through music, acting and television, without much success, but now He reappeared with the unexpected news of a new partner with whom he is betting again on love. Who is the woman who conquered the heart of the former media chocolatier?

“He became known for being with a super super famous businessman who is no longer among us today. Her name is Micaela, she is 22 years old and she is a kindergarten teacher”, revealed Juan Etchegoyen in Mitre Live, giving the scoop little by little, without revealing the name of the protagonist. Generating intrigue, he added: “He traveled with this person to many parts of the world. This famous person that I am telling you has starred in the most important scandals on television. That is why I think this news is going to generate a lot of repercussion. It is bomb.”

Giving some more clues and without stretching the news too much, Etchegoyen sentenced: “She has just gotten a boyfriend and is super in love living a real dream. He moved away from the media scene a bit but came back with everything a few months ago when the series was discussed with her ex-boyfriend, Ricardo Fort. The romance I have confirmed is that of the chocolatier’s last couple. Rodrigo Díaz is in a relationship after several years with a girl named Micaela. And there is a photo ”.

The love story between Rodrigo Díaz and Ricardo Fort

In various interviews, Rodrigo Díaz had assured that Fort was his only homosexual partner and that the bond that united them was wonderful. “It was a special relationship. To define it in a word, Ricardo for me was like my old man. He gave me advice that no one gave me and he held me back a lot. At some point in my life, I would like to drop a lot of things. But I’m still not strong for that. What I can tell you is that what I saw in him was a father, “he reflected in an interview with Pronto magazine in 2016.

Notably That same year, Rodrigo had dated a girl named Victoria and she had to explain to him what her relationship with Ricardo was: “When they told him about the bond I had had with him, I explained to him how the story had been. And I made it clear to him that Ricardo he had been like my old man. I knew it could be a bit shocking to her. Above all, from what others could say. But she made no problem for herself and accepted me as I am. “