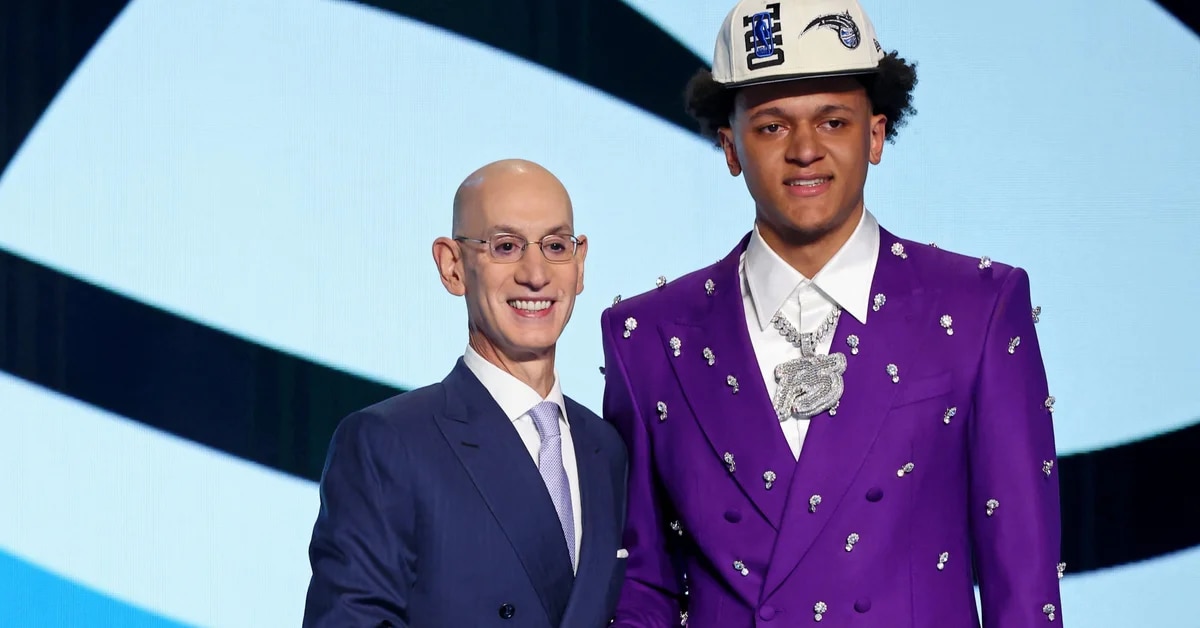 Who is Paolo Napoleón Banchero, the surprising number 1 of the 2022 NBA Draft: he is of Italian descent and marched against racism

The election of Paolo Banchero as number 1

A week ago, the Golden State Warriors champions were crowned NBA. However, the action did not end around the most important basketball league in the world, since this Thursday at the Barclays Centerhome of the Brooklyn Nets, was held on Draft 2022, the lottery where franchises have the opportunity to select the best prospects that come from universities or international basketball. The podium that was projected in the previous one was maintained, but the positions changed: the first chosen was Paolo Napoleon James Bankera pivot wing of 2.08 meters and 19 years old who was drafted by the Orlando Magic, who won the right to choose first, something that had not happened since 2004, when he selected Dwight Howard.

Banchero was born in Seattle, but his father Mario Banchero is of Italian originThis is why the player has already achieved nationality and confirmed that he will play for the European team at the international level. He surprised to be chosen with a flashy suit of Dolce & Gabbana and his dad was excited when he was selected: “We haven’t been to Italy yet., but we will go there next summer. For me it is wonderful to be able to explore, with Paolo, the roots of our family”.

As explained Corriere della Sera, Italian descent comes from his paternal grandparents, natives of Emilia Romagna and the Liguria region (He still has relatives in the area). Mario, who played football for the Washington Huskies, now owns a butcher shop that sells Italian sausages in Seattle. Mario’s grandparents immigrated to the United States in the early 20th century to work in the coal mines.

A precedent linked to the European country in the draft occurred in 2006, when the Italian Andrea Bargnani was chosen in first place by the Toronto Raptors: “Honestly, defining myself like that is not very fair to Andrea Bargnani. He was born and raised in Italy, I in Seattle. But I am still very proud to be able to represent Italy in the NBA,” said Paolo, mentioning him as another Italian who is the first on the list.

His mother Ronda Smith -played in the WNBA and worked as a professional outside the US-, went through the University of Washington and met Mario. That is why it was believed that Paolo would go to that educational campus, but he finally opted for the popular Duke. With an average of 17.2 points, 7.8 rebounds and 3.2 assists in 33 minutes per game at Duke Universitythe forward led the Blue Devils to a new Final Four appearance in the final season of historic coach Mike Krzyzewski.

The Italian-American, who proved his skills in the past as a quarterback in American football, he is a very good passer thanks to its technical benefits and it is likely that in the professional game he will have minutes as a forward and can add on offense. He shines not only in front of the hoop, but also has great low post work, with metrics that impact the NCAA: he shot 54% from the field on those plays, with very good actions and resources.

This is how Paolo Banchero plays number 1 in the 2022 NBA Draft. The details of his movements

Scouts place him as the player who fits perfectly with the current game that the NBA has. With good physical bearing, his height is combined with offensive skills: he has an outstanding mid-range shot that can be managed by himself thanks to his ball handling. Likewise, he is also a great passer beyond his height.

In the aspects to improve is his long-range shot: he finished the season with almost 34 percent behind the 3-point line. He tests very frequently, even on the move and from the dribble. Although he tends, at times, to abuse that required shot on the mark, but in his favor, he converts with good frequency.

Paolo in the mobilizations against racism (@paolo5)

But not everything is basketball in his life. He was seen to be very committed to the fight against racism and in May 2020 he participated in the marches that repudiated the death of George Floyd, a 46-year-old African-American man killed during an arrest, after police officer Derek Chauvin knelt on Floyd’s neck. The movement Black Lives Matter (Black Lives Matter Too) spread in various parts of the world despite lockdowns at the height of the COVID-19 pandemic.

Also, he likes other sports like formula 1 and was present at Miami Grand Prix last month in the race he won Max Verstappen. in your account Instagram, also posted a photo next to a Red Bull car. He has a star future and perhaps in the coming years it will be the Máxima pilots who will see him play Banchero. 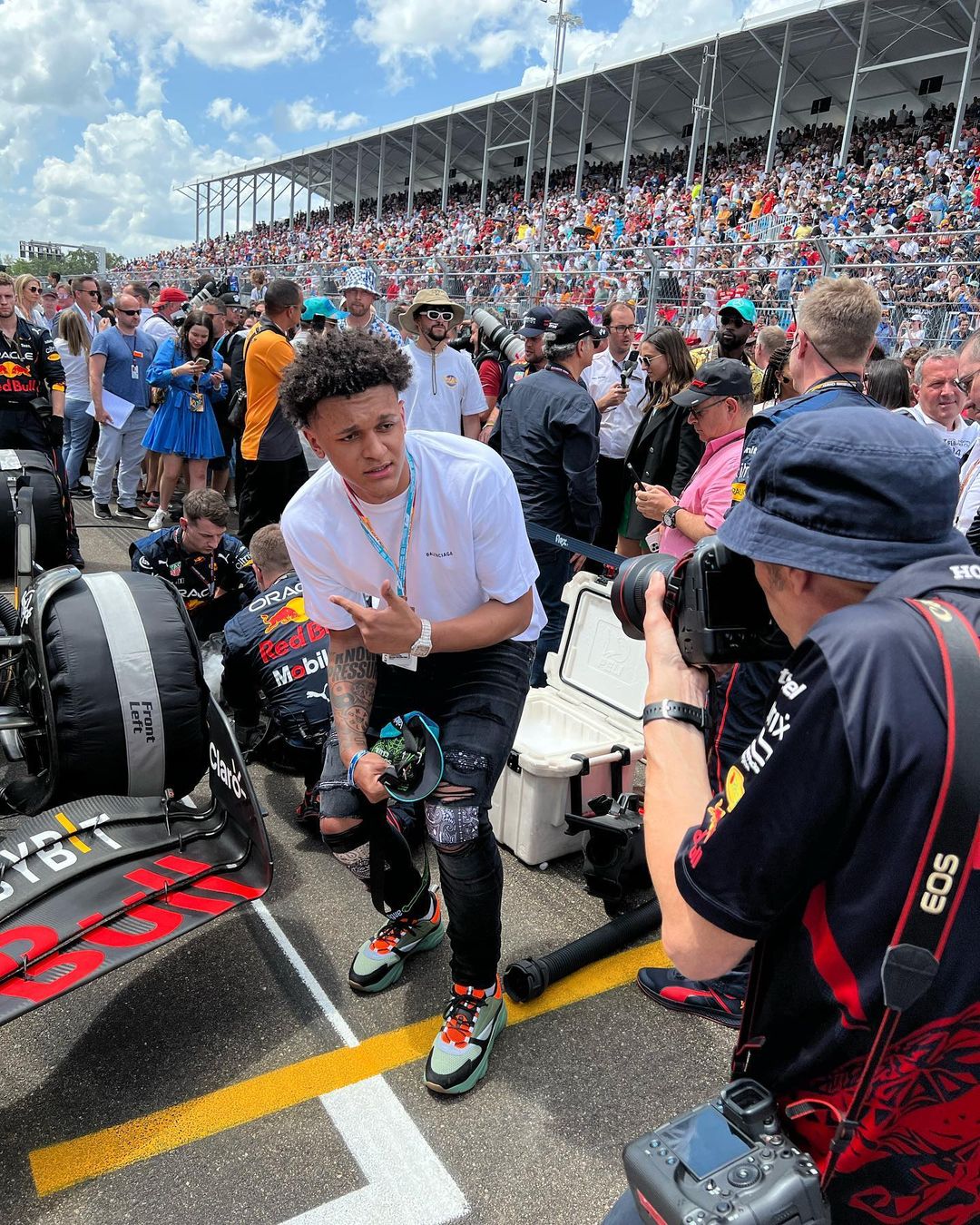 In the previous Banchero was third among the favorites, although later he saw them all from above. Chet Holmgren remained in second place and was chosen by the Oklahoma City Thunder. He is another internal player (he is 2.13 meters) who stands out for his shooting ability, his good handling of the ball on the perimeter and his possibilities in defense as an expert in covers. A native of Minneapolis, he was considered by many to be the best prospect in the country after high school until he landed at Gonzaga University.

Holmgren has already excelled in international basketball by being chosen as the Most Valuable Player of the 2021 FIBA ​​U19 World Championship, which was won by the United States with an average of 11.9 points, 6.1 rebounds, 3.3 assists and 2.7 blocks.

Already in his only season in the NCAA tournament, he closed with 14 points, almost 10 rebounds and 4 blocks per game, which led him to win the title of Defensive Player of the WCC (West Coast Conference) and the honors of be part of the All-American second team of the year. What is his biggest deficit on the eve of his arrival in the NBA? His physique, which despite his height, should strengthen his muscular capacity. 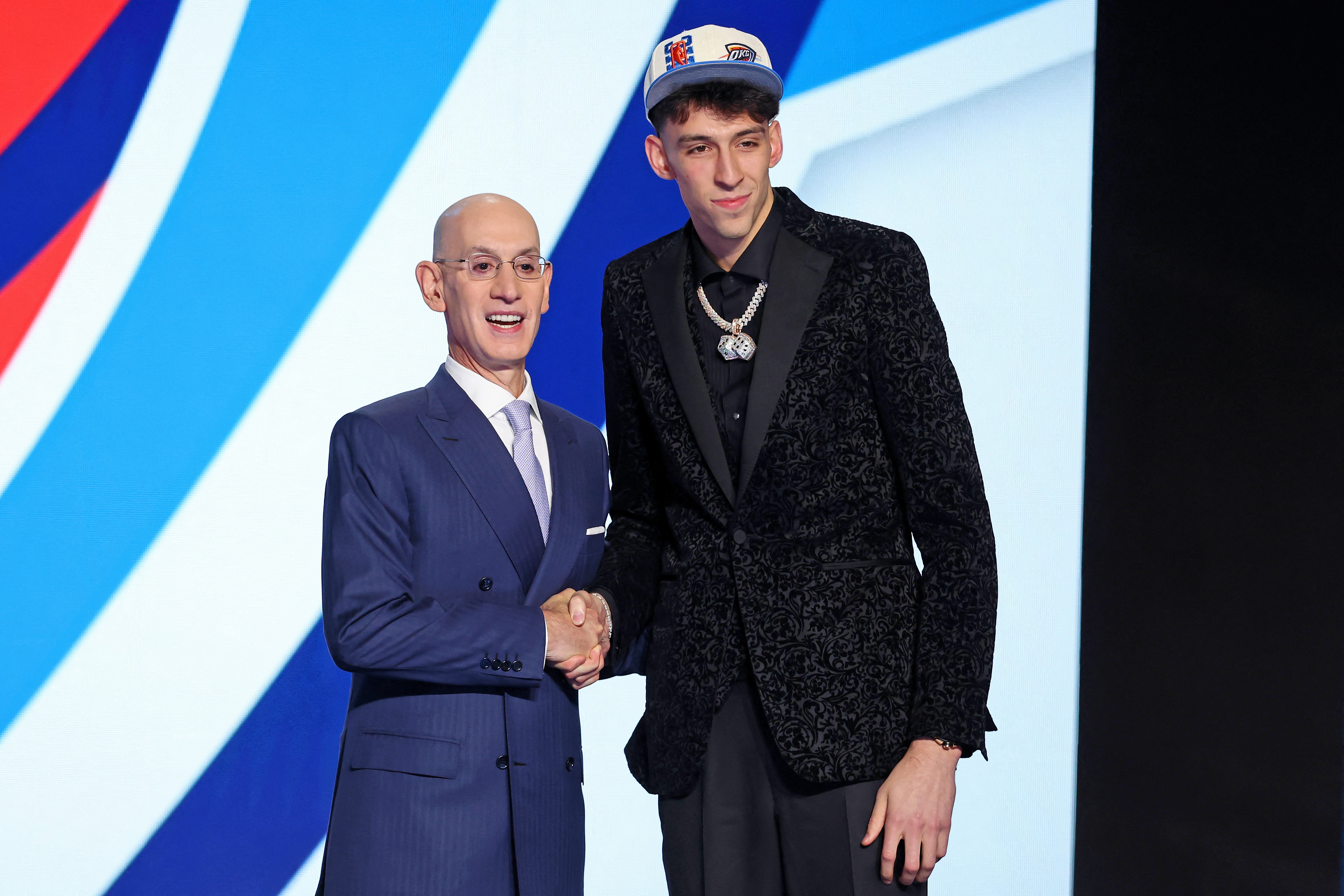 As long as Jabari Smith Jr.who in was the eventual number one, completed the podium and was selected by the Houston Rockets. This 18-year-old, who measures 2.08 meters, has the perfect combo to play in the new NBA, where inside players need a good outside shot to stand out. Based on pre-lottery analysis, Smith has the size, arm length and shooting range to become an elite shooter. Plus, he has the versatility on defense to become a star on both ends of the floor.

Jabari is the son of a former NBA. His father, who bears the same name, played five seasons in the NBA after being drafted by the Sacramento Kings in 2000. In his only season with the Auburn Tigers, Smith Jr. became the top prospect to sign the program and led his team to be the top seed in the NCAA, before losing in the Sweet 16.

His statistics mark his wide repertoire: he averaged almost 17 points, 7.4 rebounds, 2 assists with a field percentage of 43% in almost 29 minutes of play. 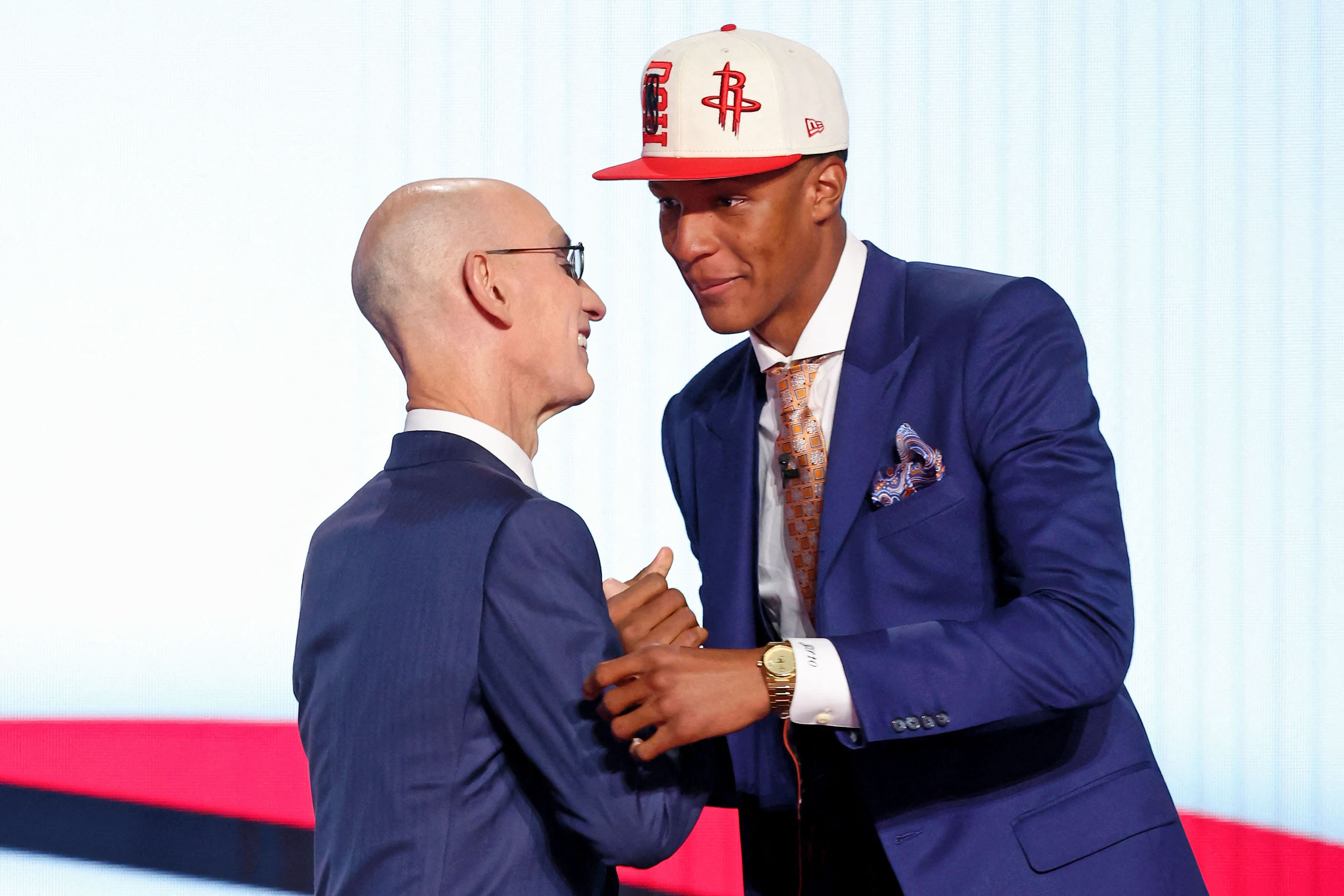 Jabari Smith receives a salute from Adam Silver. He was the favorite, but he was the third chosen (Credit: Brad Penner-USA TODAY Sports)

Who completed the top ten.

The future has already arrived in the NBA and on Thursday night its teams selected their promises a total of 60 players who were incorporated. The moment of truth for all of them will come with the 2022/2023 season and they will have to ratify their conditions. For now, they have made the big leap of entering the most important basketball league in the world.

New NBA figures or victims of pressure? The magnifying glass on the children of Shaquille O’Neal, Scottie Pippen, LeBron James and Dwayne Wade
The life of an American basketball player in Santiago del Estero, from the “tasteless” custom to the foods that he “loves”: “Here it is great”