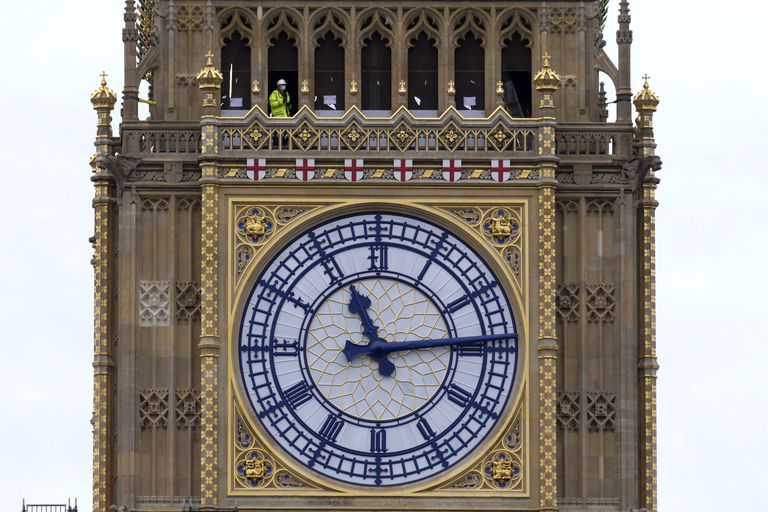 WHO forecast: more than half of Europeans will be infected with omicron in the next two months

COPENHAGEN.- More than half of Europeans will be infected with omicron in the next two months If the current rate of infections is maintained, the World Health Organization (WHO) warned on Tuesday, two years after the first death attributed to Covid-19 in China.

The highly contagious variant spread at breakneck speed, forcing governments to reimpose strict measures and speed up vaccination programs. Europe is at the epicenter of this alarming rebound.

“At this rate, the Institute for Health Metrics and Evaluation of the University of Washington (IHME) foresees that more than 50% of the region’s population will have been infected with the omicron variant in the next six or eight weeks”Said WHO Europe Region Director Hans Kluge.

The official stressed that this variant has several mutations “capable of attaching more easily to human cells” and affect people who already had Covid-19 and are vaccinated. The WHO Europe region includes 53 countries and territories, including some in Central Asia.

For Kluge, this “unprecedented” transmission of the virus translates into an increase in hospital admissions but not an increase in mortality. “There are a much greater number of asymptomatic cases,” said the manager, underlining the effectiveness of the vaccines.

However, the WHO assures that for now the virus cannot be classified as endemic, as is the case with the influenza virus.

“We have a rapidly evolving virus right now that poses new challenges. We are not at a time when it can be described as endemic “said the head of emergency situations at WHO Europe, Catherine Smallwood.

The warning comes exactly two years after the death of a 61-year-old man in the Chinese city of Wuhan, considered until today the first person to die from Covid-19, a disease that then still had no name and was considered a stranger pneumonia.

Since that January 11, 2020, the balance has grown to almost 5.5 million deaths worldwide, according to official data, surely much lower than the real ones. A few months after his appearance in Wuhan, China controlled the pandemic with a mix of lockdowns, border closures and massive screeningBut recent outbreaks put this strategy on the line, weeks before the Beijing Winter Olympics.

Authorities in Anyang city in central Henan province on Monday ordered its five million residents to stay indoors and not drive in private vehicles, the official Xinhua agency said.

Health experts insist that vaccines remain the most effective weapon against the pandemic. But the WHO warned that the mere repetition of reinforcements will not be enough to prevent the appearance of variants and urged to improve vaccines to stop infections.

In addition, this Tuesday he was denounced again inequality in access to vaccines, with the World Economic Forum warning that that gap could weaken the fight against other global challenges, such as climate change.

The global divergence in access to vaccines “will create tensions -within States and between States-, which could aggravate the effects of the pandemic and complicate the coordination necessary to face common challenges,” the foundation warned.