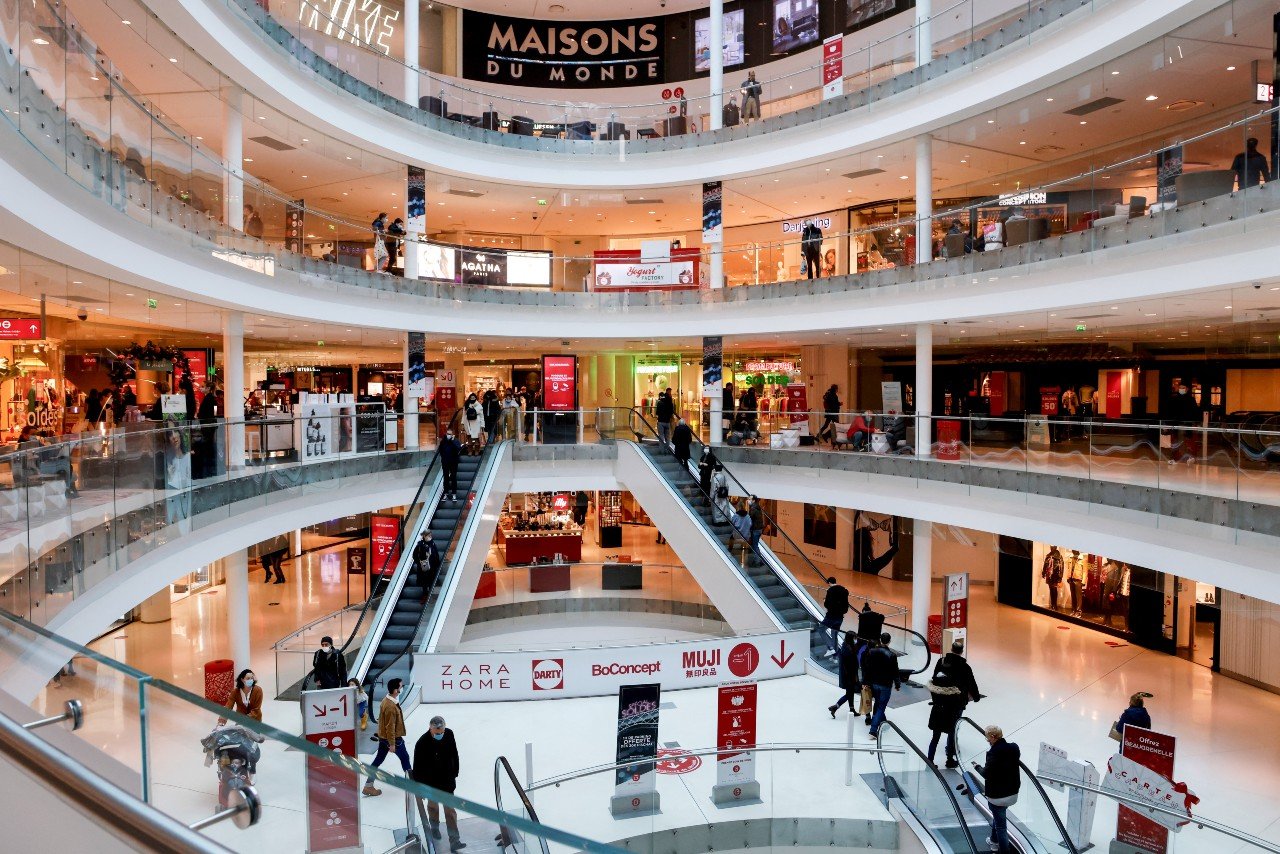 Will the health pass be compulsory in all shopping centers? Faced with the threat of the Delta variant which is spreading in France, Emmanuel Macron struck hard during his speech on July 12. He announced that “from the beginning of August,” the health pass will apply in cafes, restaurants, shopping centers, as well as in hospitals, retirement homes, medico-social establishments. , but also in planes, trains and coaches for long journeys. “But while the government means by shopping center, are they all concerned? The exact terms of the implementation of this measure have not yet been unveiled but we already know a little more.

Indeed, according to the general delegate of the National Council of shopping centers (CNCC), who spoke on Tuesday, July 13 on BFM Business, only shopping centers over 20,000 square meters would be affected. “We are moving towards a threshold of 20,000 square meters, that is to say that below 20,000 m² the measure would not be effective”, he indeed assured at the exit of a meeting with industry professionals organized by Bercy. He specifies that this should thus concern around 40% of shopping centers in France which should lower the curtain. Alain Griset, Minister Delegate in charge of SMEs, assured that “arbitrations must be given in the coming hours” Wednesday July 14 on franceinfo.

For his part, he believes that nothing has been decided on the implementation of the health pass in shopping centers. “Should the control take place at the entrance to the center or in the shops?”, The minister replied that the government spoke of “the difficulties of implementation”. According to him, nothing has yet been decided on shopping centers subject to the application of the compulsory health pass. “It may have 10,000 m2, it may have more than 20,000 m2. There is a solution that is a little easier, more understandable, is that it is all the shopping centers. It is the Prime Minister who will arbitrate very quickly “, he assures us.

Jacques Creyssel, general delegate of the Federation of Commerce and Distribution (FCD), assured this Thursday, July 15 on BFMTV what “the health pass requirement will apply to shopping centers of more than 20,000 square meters“. Regarding the controls, he decides on the question of whether they will be at the entrance to the center or in the stores. Unlike Alain Griset who believes that these modalities have not yet been fixed, he assures that” the controls will be carried out at the entrance “to shopping centers in order to avoid excessive mixing of the population. Controls which will be the responsibility of shopping centers, which will have to hire new guards. The question of possible compensation for the ‘State can thus arise. “And how will we do if things go wrong? We can consider asking the police, “asks the delegate general of the FCD.

A measure contested by professionals

The threshold of 20,000 square meters to be subject to the sanitary pass, if it were to be confirmed, puzzles professionals in the sector. “We don’t really understand. The biggest shopping centers are the ones that have suffered the most from this crisis. They closed the first, they reopened last, “said BFM Business Gontran Thüring. Indeed, last February, when the announcement of the closure of shopping centers and shopping malls over 20,000 meters square, there are more than 400 shopping centers housing 25,000 stores that had suddenly had to cease all activity. The CNCC General Delegate considers that this decision does not hold either from a health point of view because they are moreover them ” who are able to ensure the strictest sanitary protocols “.

Jean-Philippe Pelou-Daniel, the director of the Lyon Part-Dieu shopping center, expressed his anger at the press on Friday July 16. Four days after the announcements of the President of the Republic, he calculated that at a rate of 30 seconds per person, a health pass check before being able to enter his Lyon Part-Dieu shopping center would generate a Don’t queue for 17 kilometers at the main of the 22 entrances to the center. He assures us that it is materially “which seems impossible to us” to France 3 Auvergne-Rhône-Alpes. The mall manager adds that it would incur costs with the recruitment of 70 to 80 additional vigilantes, vaccinated, by the end of the month. Of security guards who “are not authorized to carry out identity checks. They cannot take the place of the police, ”protests Jean-Philippe Pelou-Daniel, who requests a postponement of the extension of the health pass to September 15 and wants random checks carried out by the police.