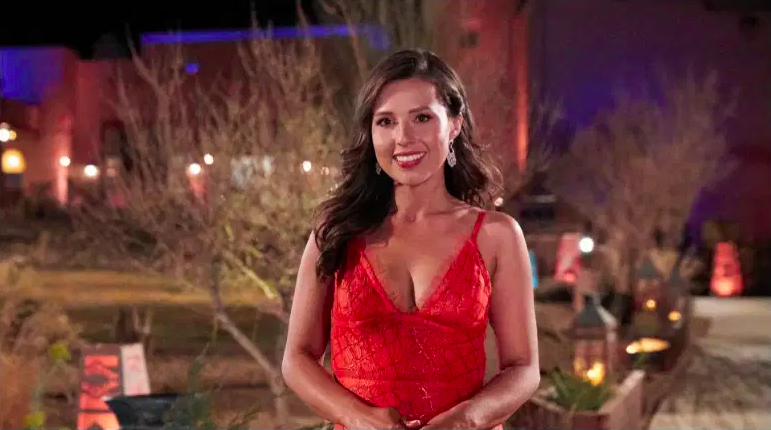 Katie Thurston will not greet her “Bachelorette” suitors at the show’s traditional Bachelor Mansion. Instead, the season 17 star will meet his men at the Hyatt Regency Tamaya Resort & Spa in Santa Ana Pueblo, New Mexico.

The producers of the ABC dating show reserved the location so that Katie’s season could be filmed in a safe “bubble” amid the COVID-19 pandemic.

In a statement, Claudia Wattenberg, General Manager of Hyatt Regency Tamaya Resort & Spa, said the resort is “honored” to serve as the setting for Katie’s journey to find love.

“Hyatt Regency Tamaya provided the romantic destination for Katie to experience the beauty, the great outdoors and the culture of New Mexico,” he said, according to Deming Headlight, noting that the “distinctive location, romantic natural scenery and exciting activities at the place ”they made the complex“ fits perfectly with the content filming format of the program ”.

Here’s what else you need to know:

The resort offers many destinations for the bachelorette date

The Hyatt Regency Tamaya Resort and Spa is located on 550 acres in the Pueblo of Santa Ana, nestled between the Sandia Mountains and the Rio Grande, according to the resort’s website. The nature at the Tamaya tribe-owned complex will provide a stunning backdrop for Katie’s season.

The resort features 350 luxurious rooms and suites, a ballroom, the award-winning Tamaya Mist Spa, the 18-hole Twin Warriors Golf Club, and several cafes. The resort also offers trail rides on rescue horses, as well as pottery and jewelry making classes and other activities run by tribal members, according to Us Weekly, so there should be no shortage of destinations for Katie and her boys.

In terms of accommodation, there are rooms that have a balcony and mountain views, as well as a 754-square-foot executive suite. The VIP suite comes with three balconies, a dining table, fireplace, and a Jacuzzi, by Hyatt.

Bachelorette fans have already seen some glimpses of the resort’s exterior, as well as its interior décor, in Katie’s seasonal promotions.

Fans of the ABC dating franchise haven’t seen the traditional “Bachelor” mansion in a while. With customary world travel for dream dates on hiatus due to the pandemic, the last two seasons of the show have been filmed in remote locations in the United States.

Dual “Bachelorettes” Clare Crawley and Tayshia Adams filmed their stint at La Quinta Resort & Club in Palm Springs last summer. The luxury resort is located at the base of the Santa Rosa Mountains and features four restaurants, 41 pools, 53 hot tubs, 23 tennis courts, two golf courses and a 23,000-square-foot spa, and more, according to Variety.

And Matt James’s season of “The Bachelor” was filmed last fall at the Nemacolin Woodlands Resort in Farmington, PA, which is about 70 miles outside of Pittsburgh. The community featured amenities such as a golf course, spa, rock field, and more amidst a stunning backdrop of colorful fall foliage.

It is not known where Michelle Young’s next season of “The Bachelorette” will be filmed, but it would not be a surprise if the Bachelor Nation tour continues across the United States.

This is the original version of Heavy.com

READ MORE: The Bachelorette 2021: How to watch the Live Stream?