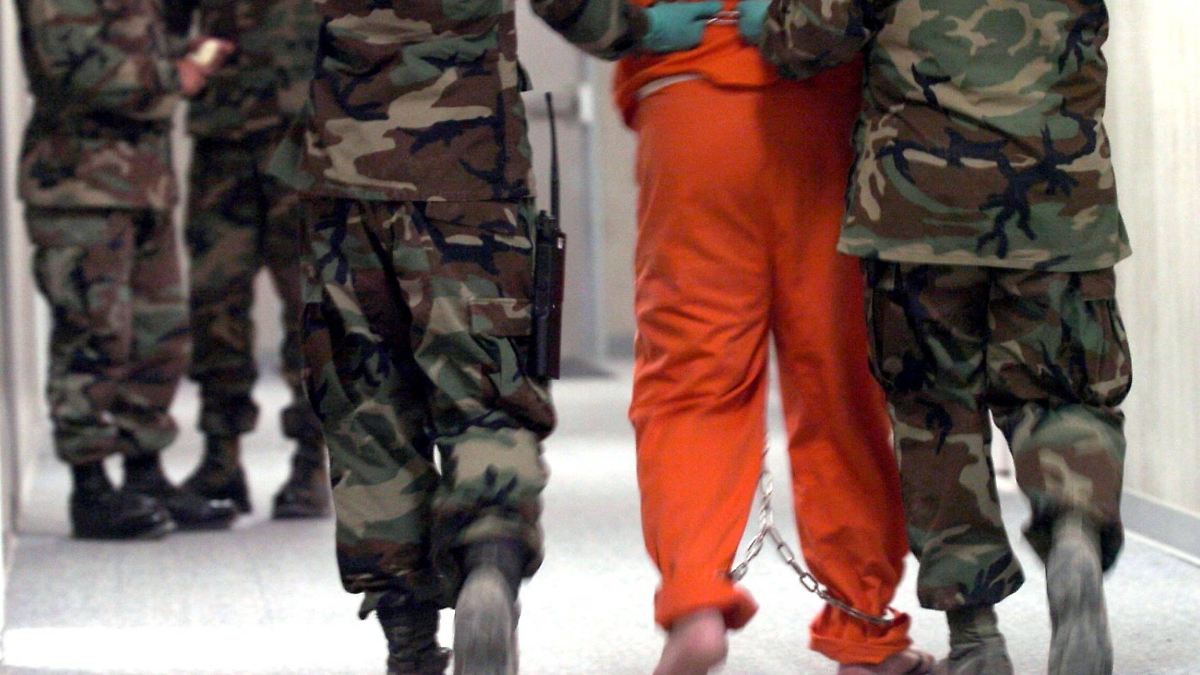 When the USA became a torturer in Guantánamo: “It was sheer fear”

Twenty years ago today, the first prisoners came to Guantánamo, were inhumanly tortured and disenfranchised – with the approval of the US President. How the USA became a torturer and why they still do not manage to break free from the camp.

$ 13 million per prisoner per year – that is the simple answer to the question of the price that the US has failed to close its Guantánamo prison camp in 20 years. According to calculations by the New York Times, it cost 540 million in 2018 to operate the camp, which now has 39 inmates in Cuba, where the first prisoners from the war in Afghanistan arrived on January 11, 2002.

They were men whom the American secret service suspected of being involved in 9/11, the 2001 attack on the New York World Trade Center, or of otherwise planning terrorism against the USA. Some of them were kidnapped as suspects and then handed over to the secret service or the military. A reward was offered for the capture of Islamist terrorists.

Those who came to Guantánamo were not “prisoners of war”, because this status would have given them rights under the Geneva Conventions that the USA did not want to grant them. The right not to be threatened, for example. Medical experiments are strictly forbidden according to Article III of the Convention, humiliation, violence and torture – actually everything that the special unit for “enhanced interrogations” did to the inmates of Guantánamo in the following years.

“It’s torture,” says the man who called himself “Mister X” in Guantanámo and who was in charge of executing the special detention plan for a while. He usually exercised his responsibilities at night, his face hidden behind a storm mask and mirrored sunglasses. In the repertoire of the “extended interrogation measures” of his unit: exposure to noise, sleep deprivation for days, forced to be naked, sometimes standing, sometimes sitting, sacking over the head, extreme cold or heat, isolation in the dark, forced to urinate in one’s own clothes, waterboarding , Being led around on a dog leash, forced to perform dog tricks, mock executions.

The truth doesn’t let go of him

“I think he thought he was going to be killed,” says Mister X 17 years later about inmate Mohammedou Ould Slahi, for whom he kept coming up with new forms of humiliation because the secret service suspected Slahi had them September 11th assassin recruited. The tormentor recalls that he didn’t cry, “he was probably past this point. It was sheer fear.” He’s been living with this ugly truth for 17 years, says Mister X into the camera of filmmaker John Goetz. You don’t let go of him. The bearded, tattooed giant of man wrestles with himself for 15 seconds before he has the strength to name this ugly truth: “Yeah, I mean, it’s torture.” Torture.

Those 15 seconds, documented in the film “Slahi and his torturers”, suggest that the US has paid another price besides the immensely high costs that the operation of the military prison outside of the US has caused and is still causing every year.

It is about the question of what the readiness to torture, disenfranchisement, human rights violations and the break with the Geneva Conventions mean for a nation that could boast of having fundamental rights in its own constitution very early on with the “Bill of Rights” ratified in 1791 to have integrated. With this first enforceable system of basic rights, young America became a pioneer in this field alongside England.

The torture methods used against the prisoners in Guantánamo more than 200 years later were by no means scandals and runaways by the military with too much power over others. They were permitted and approved methods from the very highest level. Even if it is unlikely that the then US President George W. Bush had the impending horror explained in detail when he signed a legal opinion four days before the first occupation of Guantánamo, confirming that the detainees would not be considered prisoners of war and accordingly, there is also no protection from the Geneva Convention.

In a nutshell, this meant: The people for whom Guantánamo stood ready would have no rights whatsoever, “unlawful combattants”, was the term used for this. A category for people who could neither rely on the protection of American law – that is why they were detained outside the USA – nor on international law principles. It became a legal category for people who can be forced to crawl on a dog leash.

Suicide as a “PR move”

Ever since the human rights violations in Guantánamo became known, there have been repeated voices in the United States warning that the country must not give up its own principles in the fight against terrorism. But “after 9/11, a large part of the American people was ready for a long time to approve of torture as a legitimate national self-defense,” says Manfred Berg, Professor of American History at Heidelberg University.

The Democrat Obama succeeded the Republican Bush in the White House. A president who saw Guantánamo as a symbol of an America that “mocked the rule of law”. But in two terms of office, the then head of government of the United States failed to close the camp.

The resistance was too strong – not only from the Republican opposition, but also from all those who feared that if the terrorist suspects were brought to a fair trial on American soil, one or the other might be released in the end. So you would bring the possible enemy into your own country. Not a viable option even for many more liberal US citizens. “When in doubt,” says Berg, “national security always has priority in the USA.”

In the course of time, most of the almost 800 inmates were released. But often only after years of imprisonment and excruciating uncertainty. Barack Obama’s efforts to fly innocent prisoners to other countries also often failed. Many states refused to accept their compatriots. Some prisoners, such as Uyghurs, could not be brought back home. They were threatened with persecution in China.

Playstations, but no perspective

With the Republican Donald Trump in the White House, the US no longer pursued the goal of closing the camp. After taking office almost a year ago, Joe Biden announced again that he would close Guantánamo. But it is becoming increasingly unlikely that the political balance of power will allow that. Society also has little sympathy for the people who were and are being held in Guantánamo. With the request to close the camp, the Democrat Biden will get into trouble. If he succeeds anyway, he can hardly score points with the electorate.

The still 39 inmates are guarded and looked after by 1,800 soldiers. According to the “New York Times” they have sports equipment, news channels and Playstations at their disposal. Many are allowed to eat and pray together, some take part in art projects or horticultural courses. None of them had a legal process. That is what they have in common with those responsible for Guantánamo at the time. No one has yet been brought to justice for the torture.