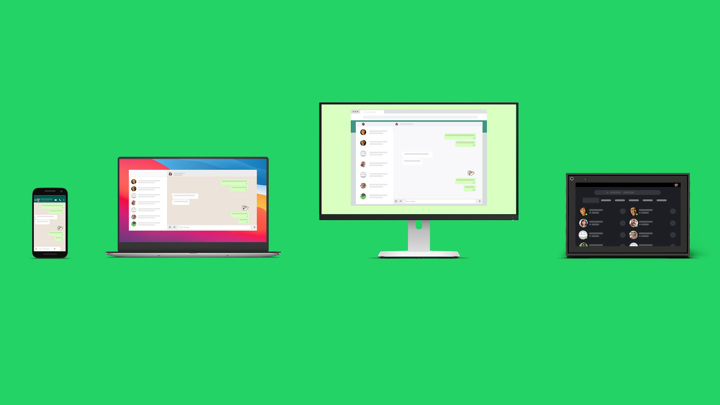 An opportunity comes to WhatsApp, the implementation of which users have asked developers for more than a year – work without being tied to a smartphone. The solution being implemented, which was launched into beta testing the day before, has a number of limitations. Nevertheless, the use of the messenger should become more convenient.

With the update, WhatsApp can be used on several (up to four) devices that are not smartphones, even if the smartphone to which the messenger account is linked is turned off or does not have Internet access. At the same time, additional smartphones cannot be connected in this way, only tablets, computers and Facebook Portal video communication systems.

For several years now, the messenger can be used from a computer via a web interface or a special application, but this requires a nearby smartphone connected to the network with a registered WhatsApp account.

To implement “independence” from the smartphone, the developers of the messenger had to completely change the security architecture. Because of this, among other things, it took so long to launch the new feature. Previously, end-to-end encryption was provided only for the smartphone, which acted as an intermediary for desktop clients, but now it also works with a direct connection of the desktop client. In order for the correspondence from there to safely reach the smartphone with the linked account, a separate encrypted channel has been implemented:

The exact date when support for independent work on multiple devices will become available to all two billion users has not yet been announced in WhatsApp. At the moment, beta testers of the application can try the function, and in the coming months other users will be able to connect it in beta test mode. The invitation will appear on the Connected Devices screen.