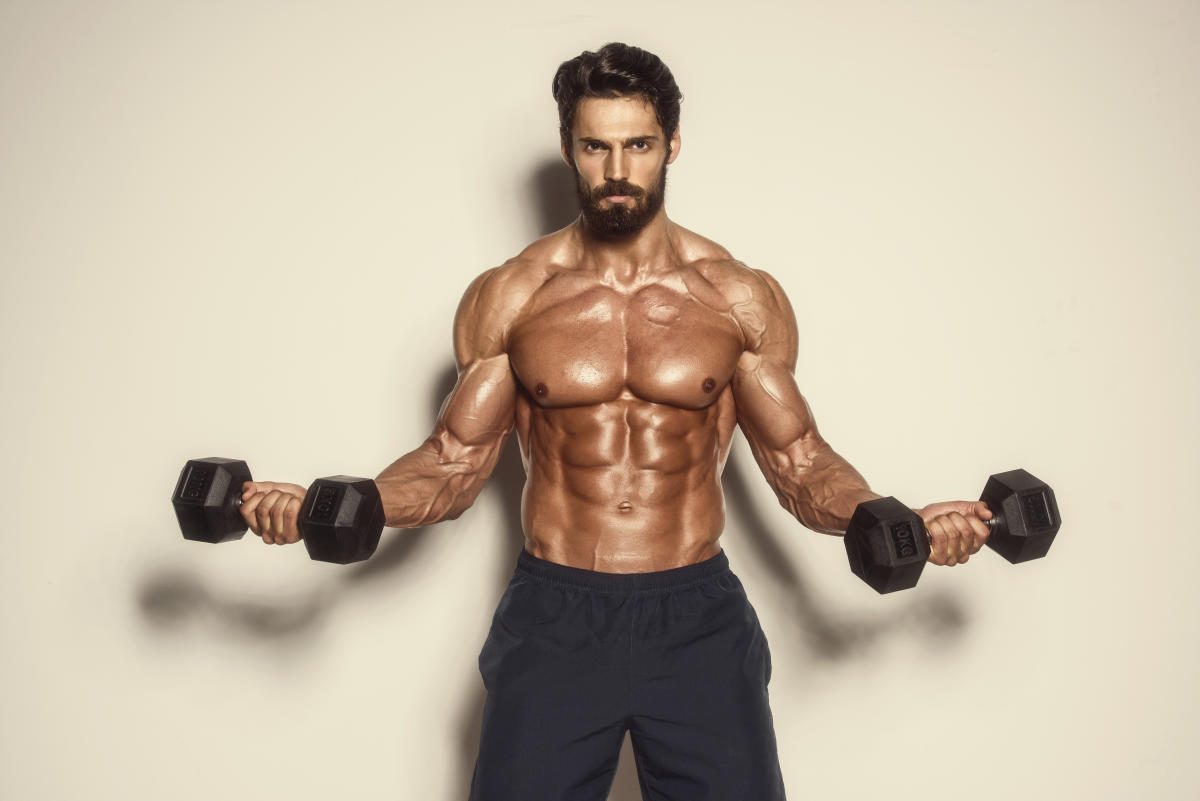 what you should know about the fashion supplement

Those who routinely exercise often seek not only to be in shape but also to achieve a specific goal, to increase their muscle mass. But routines are not always enough, sometimes it is necessary to have a diet designed for this purpose and even take supplements. They come into play there a wide range of products offering to build and maintain toned muscles.

One of the most prominent recently is creatine, and the reason is that it has a lot of scientific support that confirms it as a safe and efficient substance. The nutritionist Mariana Camarena, specializing in digestive health and sports nutrition explains that “creatine is a natural substance that is present in proteins of animal origin, with which anyone who follows a diet where there is an adequate consumption of animal protein, is ingesting creatine”.

“We synthesize it endogenously, that is to say in our muscles, from three amino acids that are glycine, arginine and methionine, and the better the quality of the protein you consume, the greater the production of creatine.”

Camarena explains that what is sought with creatine is to potentiate, make the muscle fibers grow during training and that they recover faster. This is why it is widely used in the world of fitness. But this has positive effects if the proper protocols are followed, ideally taking it according to recommendations for a month, and being constant.

See also  fire at the municipal gym of Villalba

It all sounds great, but the factors that influence the success of taking creatine to increase muscle mass lie in the right amount, in hydration and in additional strategies such as diet and exercise routines, because it is not a Magic formula.

The specialist explains that to obtain 20 grams of creatine, we would have to consume 12 kilos of meat a day, which would be exaggerated, in addition to the other components of animal protein such as saturated fats and other elements that would prevent healthy muscle development and affect general health. Therefore, this is where creatine supplements are a good option.

“If you take 5 grams a day of creatine, significant results in increased muscle mass could be noticed soon, because it would cause an increase of approximately between 15% and 20% of the creatine that is being formed naturally in the muscle. However, it is important to keep in mind that there are protocols for the intake of this supplement, and these depend on two things: first, the patient’s response and second, the only negative side effect that we can attribute to creatine, and is that it can give you diarrhea. Otherwise there are no negative consequences as long as we are well hydrated because, being involved in protein metabolism, we can eliminate it through urine”.

Another important point specified by the nutritionist is that this supplement is more beneficial when doing weight exercises, such as weightlifting; and also in speed interval training where incredible results are seen in recovery time and power.

See also  Naples, Ostigard has arrived! Medical visits to Dimaro, here he is at the gym VIDEO | A league

Also, other interesting benefits are that it delays fatigue, and that’s also beneficial on a psychological level for athletes because by performing better, they are motivated to continue with new challenges and be consistent in your workouts.

Nevertheless, it is important to maintain a balance in protein consumption and, above all, to stay well hydrated. “You always have to seek to have adequate renal filtration values,” says Camarena, who recommends consuming the supplement before training, especially if weight, interval and power routines are going to be done.

“That’s where the formation of these muscle fibers acts. If you don’t exercise, you can’t take creatine because you have to stimulate the muscle for creatine to act and form muscle fibers. A sedentary person is not going to achieve a beneficial effect, on the contrary, kidney function can be negatively involved there,” says the expert.

“I recommend it especially for people who are coming out of processes that kept them sedentary. For example, someone who spent a lot of time in bed and begins to exercise regularly and seeks to protect her bone mass with specific exercise routines in the hands of a professional ”. In this sense, the cited study says that creatine supplementation and resistance training produces musculoskeletal and performance benefits in older adults.

On the other hand, the study that answers the most common questions in this regard, after reviewing the available scientific literature, It also discards myths such as that it increases fat mass, causes baldness, or cramps.

In addition, it is noted that although water retention is one of the most common side effects attributed to it, the review found that “while there is some evidence to suggest that creatine supplementation increases water retention, attributed mainly to increases in intracellular volume, in the short term, there are several other studies that suggest that it does not alter total body water (intra or extracellular) in relation to muscle mass over long periods of time. As a result, creatine supplementation may not lead to water retention.”

Camarena explains that, although the recommended dose is normally 5 grams that are diluted in a little water and taken just before exercising, the essential thing is the complete strategy that is going to be followed around your training to achieve the objectives that are sought, so the advice of an expert is very important what also recommend a balanced diet, which includes the total protein count for our weight, as well as proper hydration and sleep, which is a priority to build and maintain muscle mass, because if we do not sleep it degrades more measure the muscle that we are trying to form with the training.

ON VIDEO: The radical transformation of a woman after losing almost half her weight