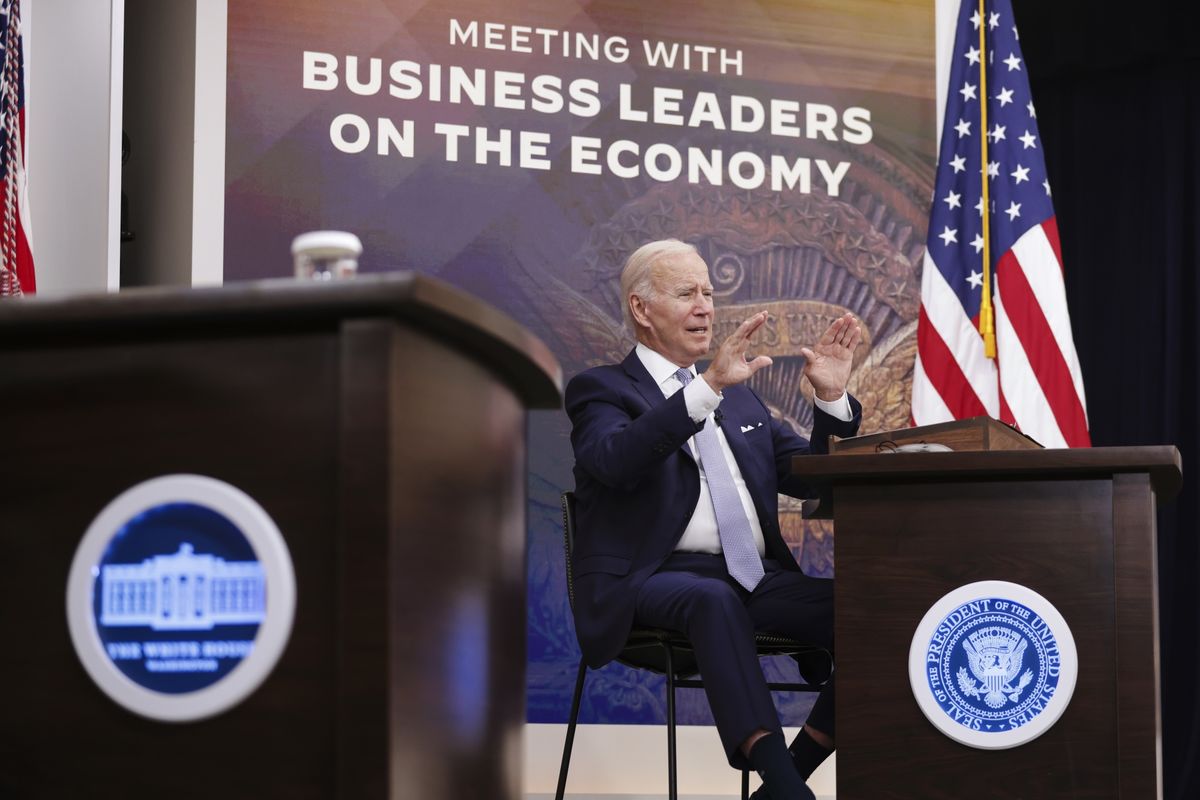 What would the expected recession in the US look like, is it possible to avoid it?

Very few doubt that the United States will enter a recession this year. However, in the event that this is the case, it is worth distinguishing about what type of recession could be generated and the impact it will have on the economy.

A recession could be mild or deep, prolonged or momentary. In the past there have been “spontaneous” recessions caused by structural failures in the economy. Or induced, such as the one generated by the pandemic in 2020 or the financial crisis of 2008.

An induced recession seems to be brewing right now, due to the aggressive monetary policy of the Federal Reserve. By raising interest rates to historic levels, the US central bank is pushing the economy into recession, even if it doesn’t want to.

There are mild recessions in which an economy slows down, stops growing, or falls but momentarily. That’s the one everyone expects, at best. In a recent surveyalmost two thirds of the economists of the world’s big banks, considered that there will be a global recession in 2023.

However, many believe that it will be a mild or short recession. That is, a minuscule recession. The US economy seems to still be very strong, despite the sharp rise in interest rates that make money more expensive.

Unlike what happened in the ’80s when the increase in interest rates caused a brutal recession. Fed policymakers made serious miscalculations that led to the crisis.

The economy is currently showing signs of strength due to the demand for employment, despite the high inflation rates being recorded. Although large companies like Google, Amazon and others are laying off staff en masse, employment levels remain healthy.

Apparently the layoffs are due to downsizing to save costs. During the pandemic, many of these companies overhired and, due to the current lower growth outlook, are making the necessary adjustments to avoid losses.

But in other sectors, companies continue to hire workers as a result of the deficit that was left after the pandemic precisely. Employment data shows that employers last year hired more than 4.5 million people.

It is likely that this year due to the increases in the Fed’s benchmark interest rates, many people will lose their jobs. According to the agency’s projections, the unemployment rate in 2023 could reach 4.6%, from the current 3.5%. Even so, it is still a moderate unemployment rate.

According to Moody’s Analytics forecast, the US economy will go through a period of zero growth this year, which it has called “slowcessation”, but a real contraction could be avoided. This criterion is shared by other analysts.

Moody’s bases its outlook on several elements that the economy still has going for it. Among them family finances that, although they are running out, maintain a moderate spending rate. Likewise, the solid corporate balance sheets.

These signs of strength could eventually help offset the negative effects of sharp interest rate increases. To this we must add the increase in borrowing costs, a drop in economic growth and the volatility of financial markets.

Moody’s chief economist Mark Zandi said that “under almost any scenario, the economy will have a difficult 2023. But inflation is moderating rapidly and the fundamentals of the economy are solid.”

He added that “with a bit of luck and reasonably adroit policymaking by the Fed, the economy should avoid a full-blown recession. If so, we can call it a slow release.”

recession for the rich

In this scenario, the recession would hit only wealthy Wall Street investors but not so much poorer or lower-income Americans. Although for some observers this would be somewhat unusual, since economic crises affect those who have less the most.

It is true that the least fortunate American workers are the ones suffering from high inflation and the economic slowdown. But some analysts believe that if the economy falls into recession, low-income workers will be less affected than in previous periods of recession.

On the other hand, the labor shortage during the covid-19 pandemic forced many companies to have to increase wages to hire or retain their staff. So the wage gains of the workers were greater than those of their employers proportionally speaking.

Some asked for salary increases because in previous years they were underpaid or because inflation was in charge of eroding their income. With rising prices now slowing, wages could maintain their purchasing power. If a recession does occur, workers would be better equipped to deal with it.

The most recent employment data shows that hiring levels in certain areas are holding up. Especially in leisure, catering and hospitality, where low-income workers are generally hired.

Americans have continued to eat on the street and travel on vacation, which has kept this sector active. Retail companies that struggled to hire workers during the pandemic prefer to keep their staff.

All these variables together suggest that the sectors with fewer resources can partly avoid a greater impact from an economic recession.

This was the desired/sold scenario by Fed officials to avoid panic in the markets. The possibility of a soft landing, that is to say, that the rise in interest rates does not cause an economic debacle this year, it is still maintained.

However, there is no certainty to say that it will or will not. The Fed maintains the argument that it is avoiding at all costs causing a recession because of its tight monetary policy.

For this, some governors of the body are asking reduce the increase in interest rates to 25 basis points henceforth. Even if the increases are maintained for a while longer until inflation shows unmistakable signs of having subsided.

This is the most optimistic scenario and is supported by some recent indicators. For example, inflation that remains at a moderate pace, falling from a maximum of 9.1% in June to 6.5% in December.

More reasons to be optimistic

Other factors that were worrying Fed policymakers, such as the relentless rise in wages and energy, have also fallen. Such data has allowed the Fed to decide to moderate the size of the rate increases.

Markets and analysts expect the central bank to raise interest rates to just 0.25% at its meeting next week. Another relevant fact that has contributed to improve economic prospects for 2023is the reopening of China.

As the restrictions due to the outbreak of the covid-19 have been mostly canceled, hopes of a greater global economic recovery are rising. This, of course, would have a positive effect on the US economy.

However, China’s growth this year could also derail the Fed’s efforts to tame inflation. As China’s demand for energy grows, oil and gas prices will also tend to grow more.

It is the worst case scenario and it is not completely ruled out. A Fed error or a black swan can cause the dreaded crash landing. If the Fed gets its monetary policy wrong and exaggerates rate hikes it could trigger a deep recession.

Experts have warned Fed officials about the danger of further raising interest rates. After all, the decisions that are made are not 100% secure, apart from the fact that their real impact is not immediate.

There are other dangers present on the world stage that could affect the US economy. Among them the geopolitical risks with the War in the Ukraine and the permanent threat of Russia and North Korea to unleash a nuclear conflagration.

In the United States, in addition, there is another latent risk such as the debt ceiling, about which Treasury Secretary Janet Yellen has already warned. If the debt level is not increased, the Biden administration will not be able to pay all its commitments.

The impact on financial markets around the world would be monumental. so much so that even if the federal government finally avoids default but the risk of default grows, there will be consequences.

Borrowing costs would rise and people’s retirement savings would be impacted. Yellen recently told CNN that a failure to raise the US debt limit could trigger another “global financial crisis.” 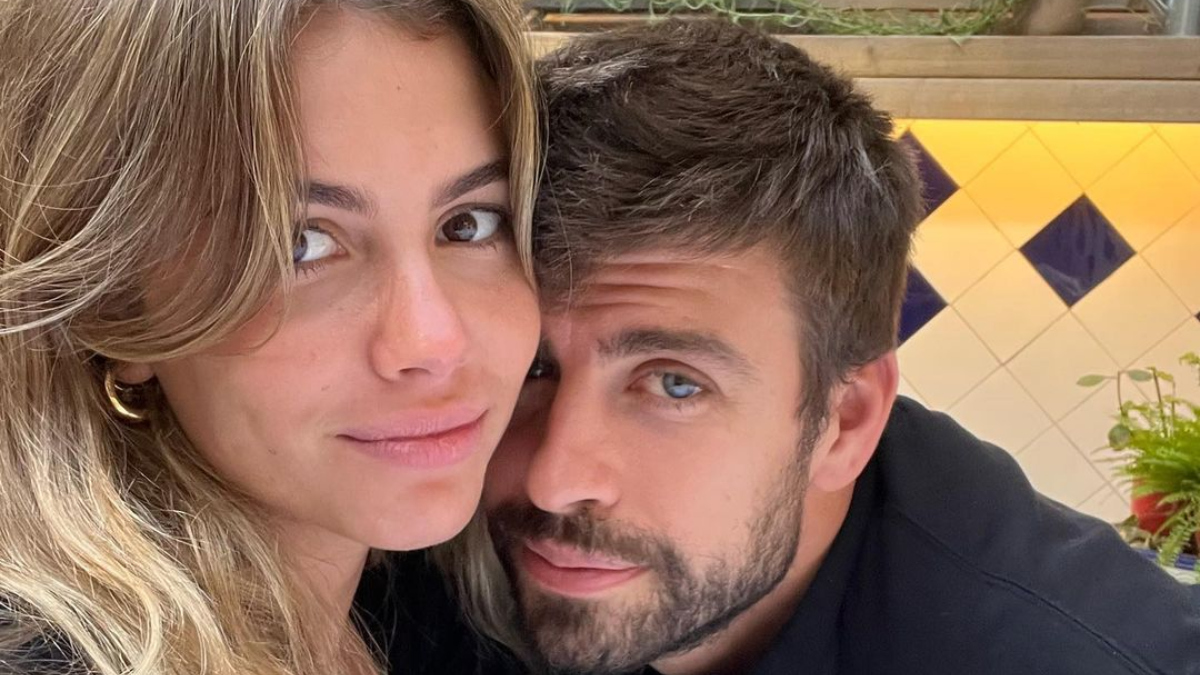 Is Clara Chia pregnant? This would be the queen test of the supposed news 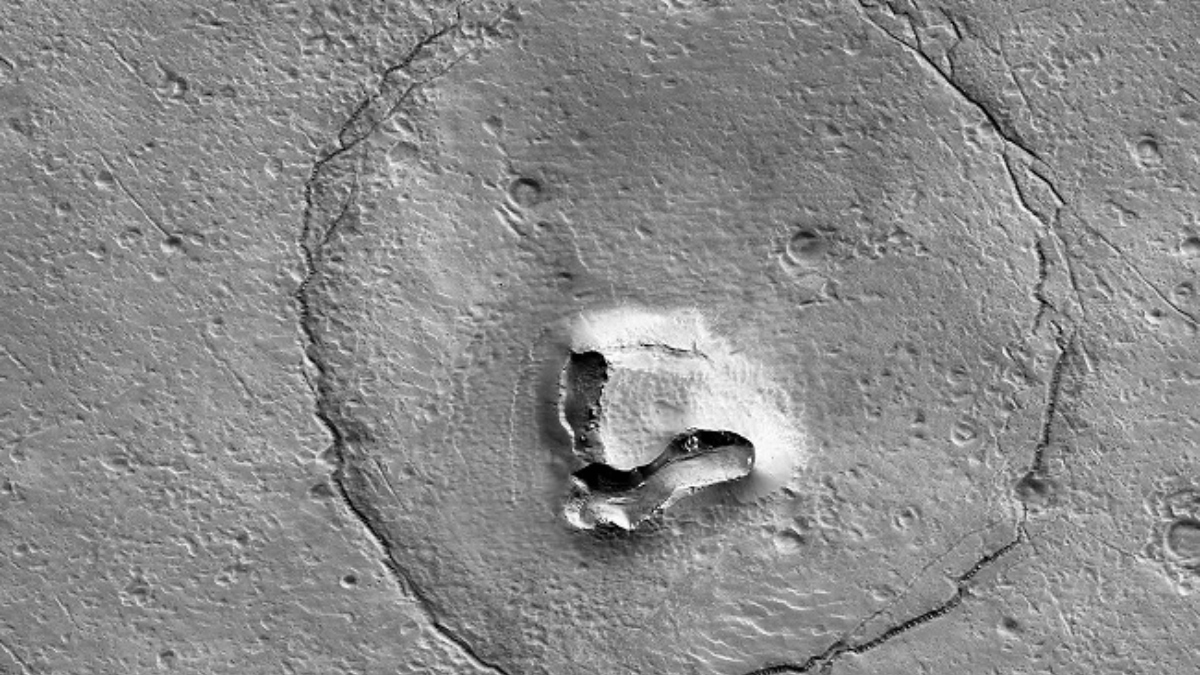 A “bear” on the surface of Mars: what is the explanation? 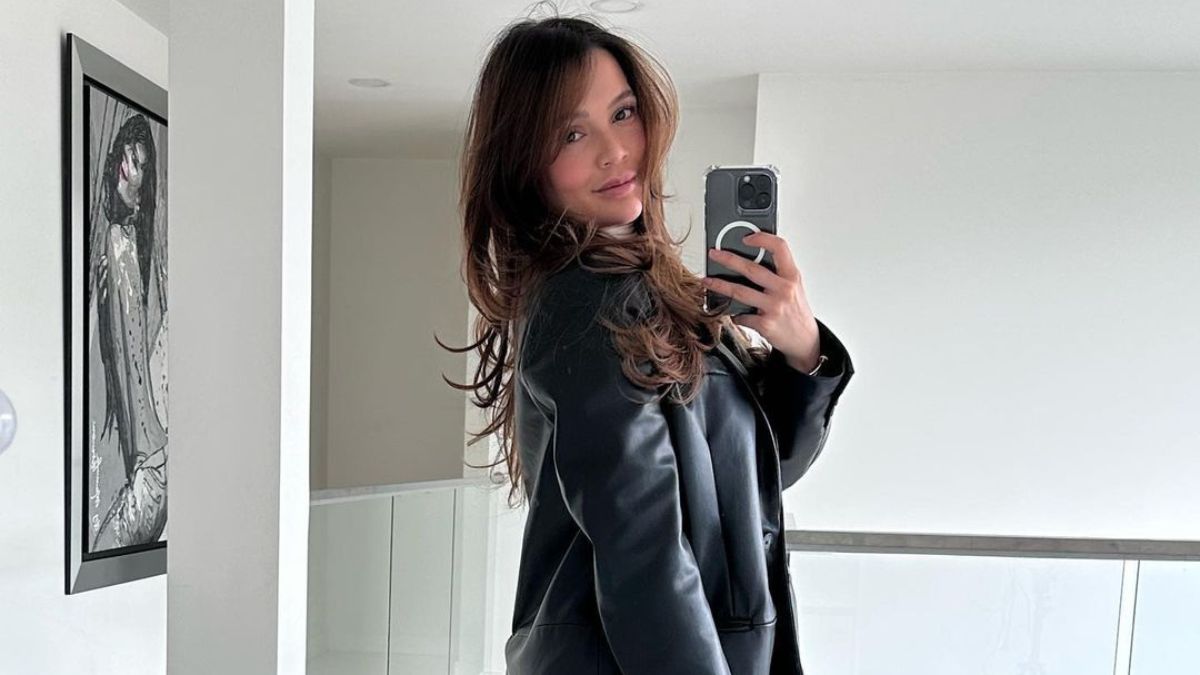 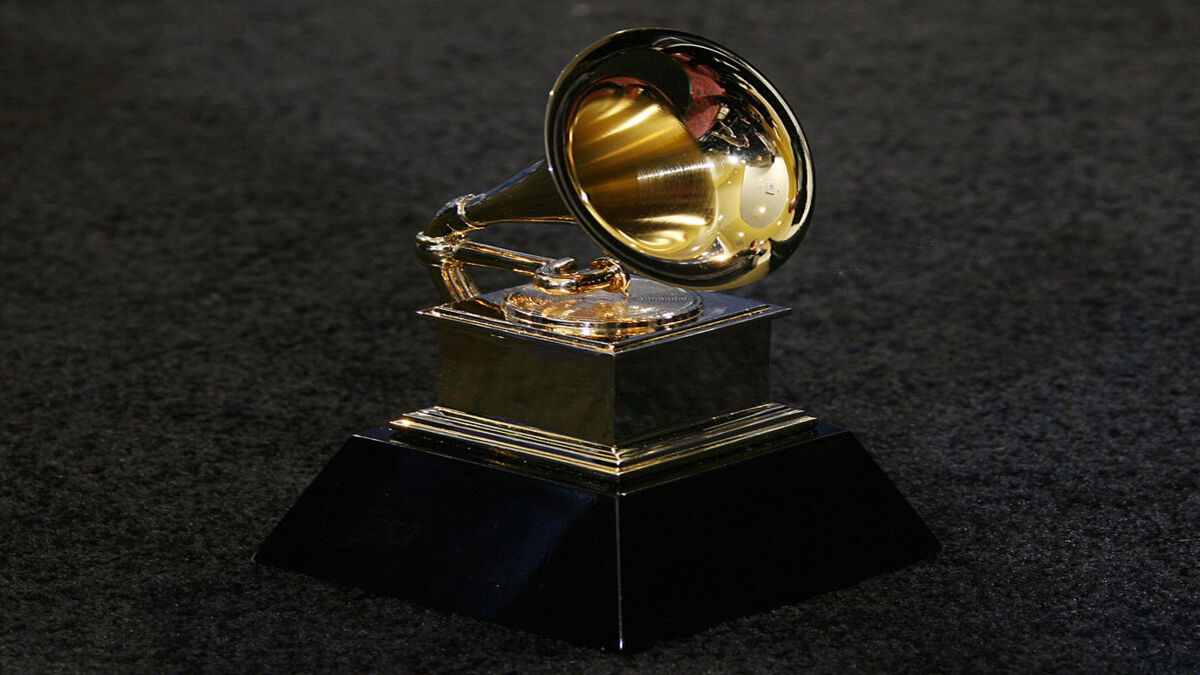 Grammy Awards: video game music will have a special place at the gala 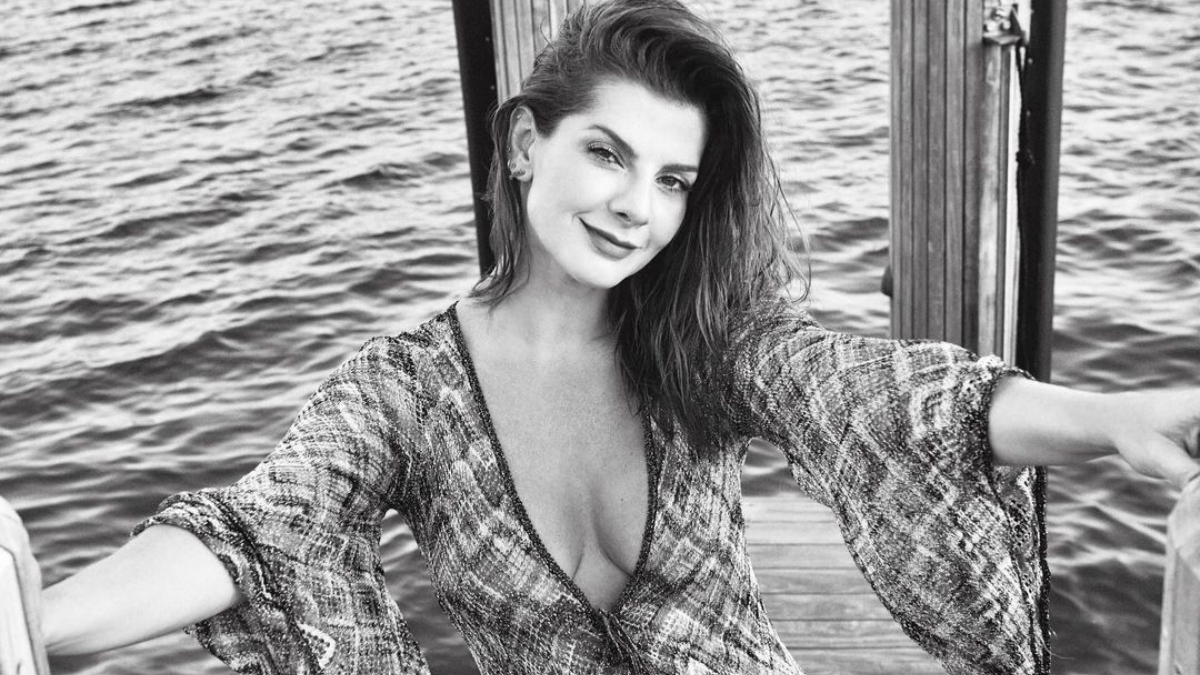 Here’s How to Use Gmail’s New Package Tracking

Package tracking can come in handy, but unless you use a third-party app, it usually requires checking the carrier’s tracking page yourself. Now, Gmail wants to Everything Samsung Announced at its February 2023 Unpacked Event

Josh Hendrickson / Review Geek We have good news if you’re ready to get an impressive new Samsung Galaxy device. Today is Samsung day! The company