What will ArteCo be like, the fair to get to know the artists of northwestern Argentina

From June 16 to 19, Resistencia will host the meeting of 15 galleries, and 6 artistic projects, from Corrientes, Buenos Aires, Córdoba, Catamarca and Paraguay

After the 3 days of NODO in the City, the eye of the artistic world travels to Corrientes, where the fourth edition of ArteCo will take place from June 16 to 19, with the participation of galleries from Argentina and Paraguay, in a proposal that seeks to make known the artists of the Northwest (NEA).

Due to the pandemic, it will be the second time that it is held in person and 15 galleries and 6 artistic projects, from Corrientes, Buenos Aires, Córdoba, Catamarca, and Paraguay, will be part of the meeting.

“The fair was born with the idea of ​​strengthening marketing and the art market, making the local visible. There is a valuable, abundant production that makes an absolutely local proposal. Landscape, popular religiosity, stories, myths and legends are articulated in undoubtedly contemporary works, rooted in the local”, he explains. Gabriel Romeropresident of the Institute of Culture, to Infobaeas he also highlighted the importance of “strengthening a Corrientes market, which if it exists, is very weak.”

The former Power Plant in the process of being refurbished

The headquarters will be the recovered former Usina Eléctrica, an emblematic space from the early 20th century that will open its doors after being closed for 30 years, although activities will also be carried out outside, with a program that will include exhibitions, book presentations, conferences, an editorial space and muralism.

The ArteCo 2022 jury was made up of Adriana Almada, Gustavo Mendoza y Gustavo Pinerowho selected the artists, galleries and art projects, who are curated by Julio Sanchez.

“Almost all the artists whose proposals we study come from the Litoral. While Gustavo Piñero (Córdoba) and I (Asunción) almost always approached the works and projects themselves, without much knowledge of the context of the authors, Gustavo Mendonza (Corrientes) traced the location coordinates that allowed us to better evaluate the applications . In general, I think we have reached a large selection but adjusted in aesthetic criteria and powerful in content”, he commented. Almadawho in addition to being a juror, serves as editor, curator and president of the Paraguayan section of the International Association of Art Critics.

and added to Infobae Culture: “A contemporary art fair is a complex event, I would almost say rhizomatic. In my case, being part of the jury has allowed me to access 7% (they say that the tip of the iceberg is only 7% of the entire block) of an artistic production rich in content and language. I believe that one of the great merits of this fair, in addition to promoting the work of mainly Corrientes artists in a broader market, is to promote the regional scene that, in my opinion, includes the Argentine coast and Paraguay, and that could eventually spread to certain parts of southern Brazil. What in other times was known as ‘the Guaraní area’. I think it is a political commitment to the cultural affirmation of territories usually unknown in the international art circuit. The immersion in the large number of artistic projects received and the several days of deliberation sessions put diverse, but also related, problems, speeches and issues on the table, indicating the existence of shared codes”. 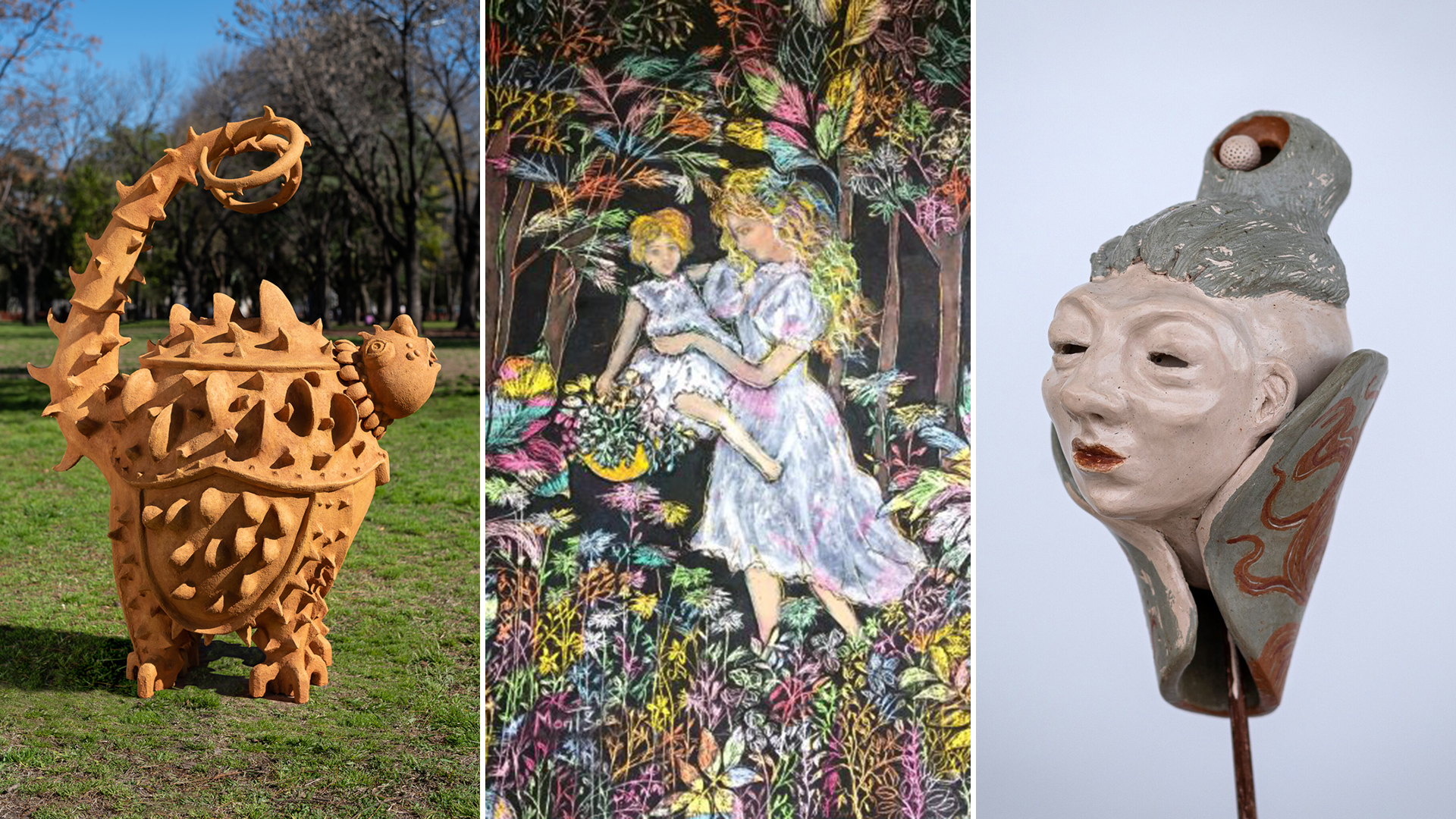 On the other hand, ASGAPA, the association of Paraguayan art galleries, will have its face-to-face debut, which until now had only been able to do so online. “We have a very strong historical and cultural link and a proximity of 300 km. Thinking of an art market in that radius is fundamental and Asunción, as the capital of a country, is an opportunity”, explains Romero. Thus, six spaces will be present, representing the artists Osvaldo Pitoé, Balbuena Flowers (Ogwa), Carlos Colombino, Marcos Benitez, Cristina Paoli, Carlo Spatuzza, Julia Isidrez y Alfred Quirozthrough 170 artistic pieces.

With the aim of strengthening local production, different awards will be made, such as the Acquisition of the Banco de Corrientes; that of the Association of Young Entrepreneurs of Corrientes, the Acquisition of Work of the Institute of Culture of the Province for the Provincial Museum of Fine Arts, and it will be the premiere of the In Situorganized by collectors Joaquin Rodriguez y Abel Guaglianone.

“The idea of ​​the award is to support all these new initiatives that are emerging in different provinces of the country with respect to the visual arts, many of which have to do with public management. So we also seek from the private sector to work together and support each other to grow the scenes of the different cities, collaborate with that visibility, ”explains Rodríguez, who together with Guaglianone has been in charge of the Premio en Obra de arteba since 2014 and during the pandemic they launched Work Fundan emergency solidarity project for Argentine visual artists.

The collectors will be part of the jury together with Delfina Helgueradirector of the Enrique Larreta Museum of Spanish Art, of an award that will grant two non-purchase cash incentives of 100,000 pesos and which has as an idea, Rodríguez explains to Infobae Culture“rewarding an artist or the work of an artist or group and, on the other hand, an arts management, which has to do with the visibility and commercialization of works, because we understand that new models are emerging to do this beyond the traditional gallery format”, and which, he says, will have its second edition during +Feria de Arte Contemporáneo in Santa Fe, which will take place from June 24 to 26.

Zulma Montenegro, an artisan from Yapeyú, and works by Claudio Ojeda and Valentina Mariani

ArteCo will also investigate the artistic productions most related to ancestral cultures and craft production, which combine the heritage transferred from generation to generation and, in some cases, mix with the contemporary from a proposal that seeks dialogue and co-creation of works between artists and artisans, in an “interesting intersection on the revaluation of crafts and popular art,” says Romero.

“It is an experimental project since the work arises from the conversation between artist and craftsman. The convening theme is the Earth, life. It is a fair, not a biennial, that is why there is freedom for each artist to express himself as he wishes. Now, this means a political and conceptual position against air and water pollution, forest and species conservation, deforestation and renewable energies. The artisans work with natural materials such as palm, espartillo (in Corrientes) and they know when they can go to harvest, the right moment, the Kairós, it cannot be green or outdated, those who work leather are aware of the weather conditions for treatment. In other words, there is a greater connection with the climate and the earth”, he adds. Julio Sanchezcurator of ArteCo.

Febe Defelipe and Carlos Ricci, part of “Artists for the fauna”

In this sense, within the framework of the activity Artists x wildlife, Desiree De Ridder together with local artisans, he will create a sustainable adobe and espartillo ranch, around which he will place his ceramic sculptures of animals from the region; Febe Defelipe will present a series of paintings also with the regional fauna that seem to be protected by “pop aboriginal” textiles, and Carlos Ricci will carry out an intervention in the windows of the Museum of Natural Sciences representing the already extinct fauna that populated the province.

In other activities outside the former Usina, in the Hall of the Lost Steps of the Provincial Legislature, a tribute will be made to Catalina Chervin with a sample of his work, while the Provincial Museum of Fine Arts will host the exhibition Graphic Art Prints, Inspirations Support Paperwhich will bring together prints, collage, and photography, from the collection of the Museum of Contemporary Art of Corrientes (Our MAC) and the fine arts themselves. 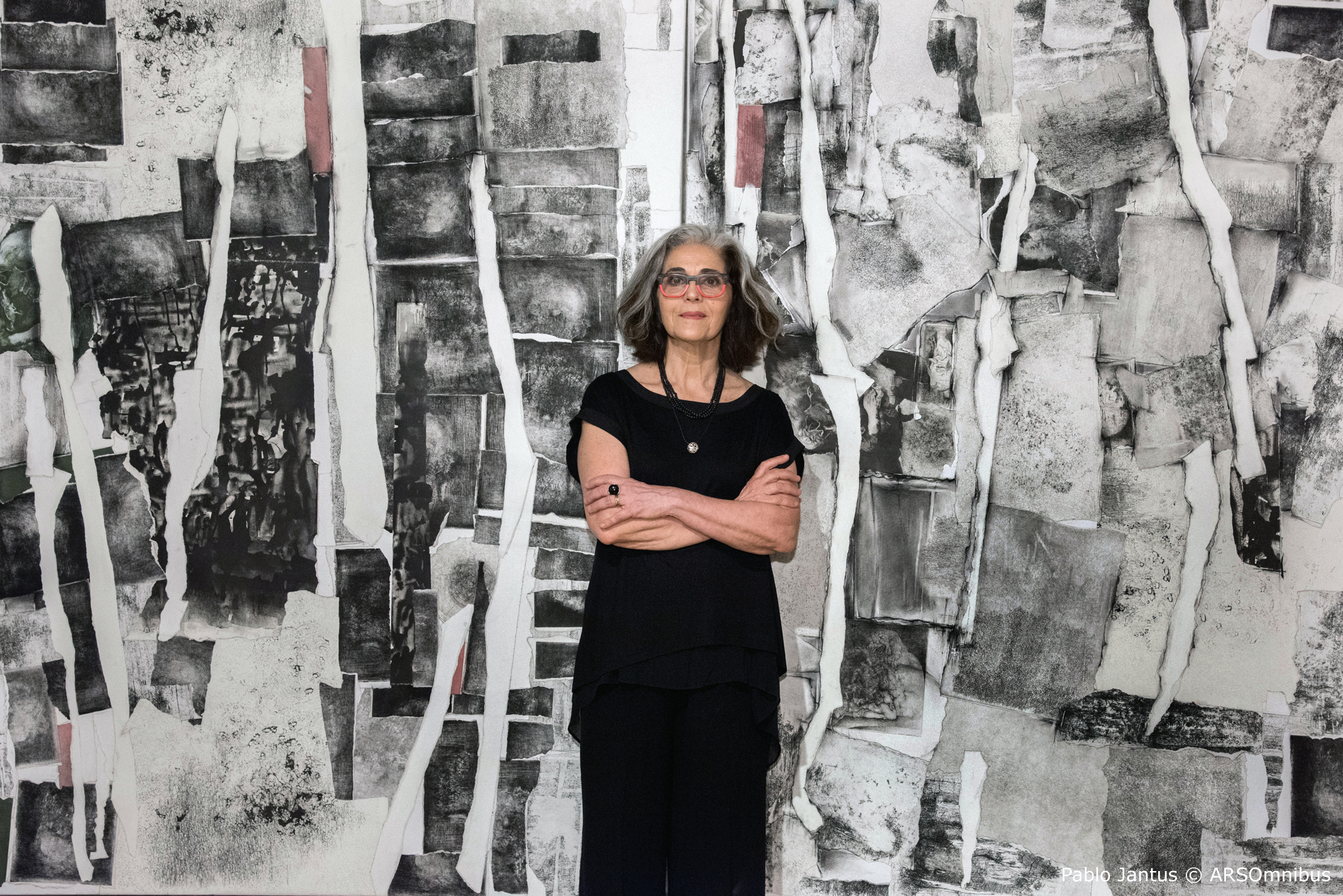 NODO: how were the 3 days of the art galleries and the challenges to come
Juan Carlos Distéfano: Journey to a Sculpture Garden of Fierce Beauty
Eugenio Cuttica: “Artists live on their knees in front of the system that surrounds them”