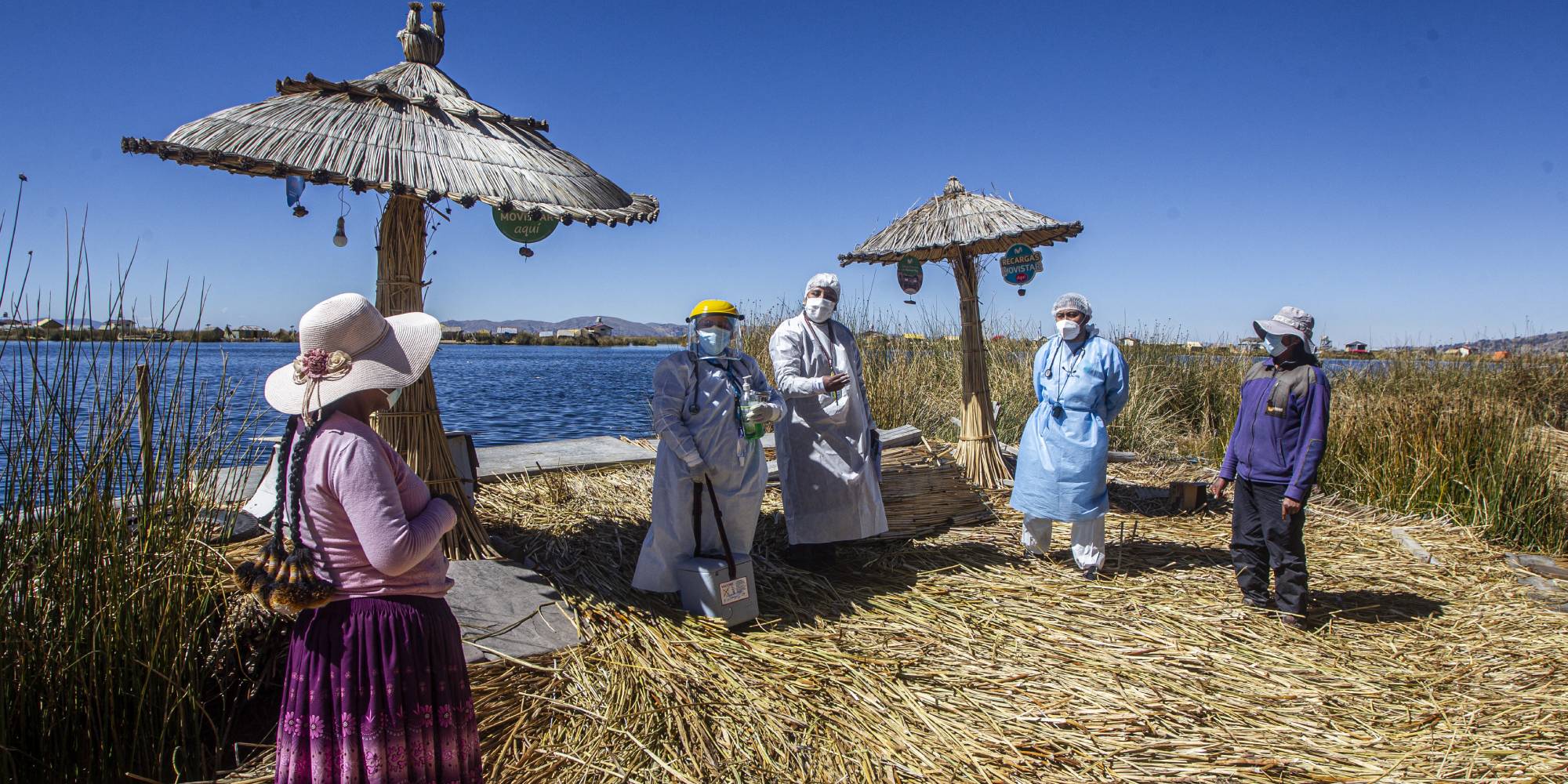 Peru is by far the country with the highest number of deaths from Covid-19 per capita. 596 deaths per 100,000 inhabitants are due to the disease. This toll is almost twice as high as that of the second country most affected by the pandemic, Hungary, which records 307 deaths per 100,000 inhabitants. Peru’s poor results in the face of the pandemic have several origins: a poorly funded and insufficiently prepared health system, notably with too few places in intensive care]a poorly funded and insufficiently prepared health system, with too few beds for intensive care, slow deployment of vaccination, limited testing capacity, large informal economy (a high number of inhabitants who cannot afford not to work), overcrowded housing …

In addition, the country has also been confronted with the Lambda variant. Reported for the first time in the capital, Lima, in August 2020, it represented in April 2021 97% of all coronavirus sequences analyzed in Peru.

A “variant under investigation”

This Lambda variant is now found worldwide. According to a recent report by the World Health Organization (WHO) from June 15, 2021, it has been identified in 29 countries. In particular, it can be read in this document that the Lambda variant “has been associated with substantial rates of community transmission in multiple countries, with increasing prevalence over time, in parallel with the increase in the incidence of Covid-19.”

On June 14, 2021, the WHO declared the Lambda variant to be a variant of interest. Public Health England followed suit on June 23, naming it as a “variant under investigation”, due to its global expansion and the presence of several notable mutations.

No massive decrease in antibody efficacy

A variant of interest is a virus with mutations that are known or predicted to affect characteristics such as transmissibility (how easily the virus spreads), disease severity, ability to escape immunity conferred by a previous infection or vaccination, or the possibility of evading diagnostic tests.

The “unusual combination” of mutations carried by the Lambda variant has raised concerns among many scientists that it may be more transmissible. The Spike (or S) protein of the Lambda variant has in fact seven mutations (for the record, the Spike protein, the shape of which is reminiscent of a fungus, is present in numerous copies on the outer envelope of the virus. attaches to the ACE2 protein present on our cells, allowing the coronavirus to invade them).

These mutations could not only allow the lambda variant to bind more easily to our cells, but also complicate the task of our antibodies by limiting their attachment to the variant, and therefore its neutralization.

However, it should be remembered that neutralizing antibodies are not the only defense weapon of our immune system (but they are the easiest to study): T lymphocytes, which are involved in both destroying infected cells, coordination of the immune response and memorization of infections also play an essential role. So a handful of mutations – unusual as they are – might not be enough to allow the Lambda variant to completely escape our immune system.

Do its mutations make the Lambda variant more dangerous?

Currently, the scientific evidence available to answer this question: there are only a handful of “preprints”, in other words articles whose methodology and results have not yet been reviewed by other scientists (review by peers). In other words, no study on the Lambda variant has yet actually been published.

One of these preprints presents the results obtained by researchers at the Grossman School of Medicine at New York University. The objective of this work was to verify the neutralization capacity of sera from convalescent patients and of serum containing antibodies induced by vaccination on viruses possessing a Spike protein comprising the same mutations as that of the lambda variant.

Read also – Covid-19: why the variants have not finished multiplying

However, it should be emphasized that this is not a massive decrease in the effectiveness of neutralizing antibodies. The researchers also conclude that their results suggest that the vaccines currently used will remain protective against the Lambda variant.

Researchers at the University of Chile have studied the effect of the Sinovac vaccine (also known as “CoronaVac”) against the lambda variant. They also observed a reduction by three in the effectiveness of neutralizing antibodies induced by the vaccine against this variant compared to the original virus.

The fact that these two studies found that neutralization by antibodies is at least partially preserved is promising, in particular because it is only one facet of the immune response induced by vaccination. Currently, of the eight confirmed cases of the Lambda variant in the UK, most have been linked to overseas travel.

Also read our cheat sheet – What is a variant?

According to the latest risk assessment report from Public Health England, dated July 8, the Lambda variant has not yet supplanted the Delta variant in any country of the countries where the two variants circulate (but the authors insist on the need to carefully monitor the epidemiological situation in Peru and Chile). Further studies are in progress, however for the moment, the Lambda variant therefore remains a “variant of interest”, and not a “variant of concern”.

This article is republished from The Conversation under a Creative Commons license. Read the original article.