The Eiffel by Martin Bourboulon, one of the most expensive French films of the year, is released in Russia, an epic costume drama not only about the creation of the main symbol of France, the Eiffel Tower, but also about the stormy personal life of its creator. “Lenta.ru” talked to the director about why his film needed a love relationship between Gustave Eiffel and the wife of a close friend, and what his fate speaks about the relationship of society with those who forever change its environment.

How did you end up in charge of this project?

Martin Bourbulon: In general, the Eiffel was conceived about twenty years ago. Then the script was repeatedly rewritten and changed. I joined work four years ago – in 2017. And from the very beginning I was impressed by the ambitiousness, the scope of this story, the many different events that accompanied the construction of the Eiffel Tower.

You in “Eiffel” rhyme the story of construction with the story of the novel by Gustave Eiffel (played in the film by Romain Dury) and Adrienne Bourget (star of the TV series “Sexual Enlightenment” Emma McKay), show how Eiffel was inspired by Adrienne even in terms of tower construction … Did this novel actually exist or was it the writers’ admission?

Some elements of the film are based on real events, while others are invented. We can absolutely say that Eiffel and Adrienne knew each other back in 1860, when they were young – and then there really was an affair between them, which soon ended. Unfortunately, almost nothing is known about their relationship fifteen to twenty years later, when construction was underway, and we can only wonder if they supported them. At the same time, we know that Eiffel – and this is in the film – the tower project was initially completely uninteresting: he was carried away by the idea of ​​building a metro in Paris. But at some point, his attitude changed dramatically – so much so that he bought out the project that they had developed from his employees and went into work on it with his head. And for us, the only convincing explanation for this change in attitude, the answer to the question of why Eiffel suddenly took on the design of the tower and its construction, was the idea that he was guided by love.

You even show how the shape of the tower is inspired by the initial of the name of the beloved Eiffel.

Well, this is just a poetic allegory that we have prepared for the ending of the film to surprise the audience. A small gift from us to the audience. Even in the trailers, we deliberately did not show this moment in order to save a small surprise for the audience. And I think after this shot the Eiffel Tower will never be the same in their eyes. Is it true? (Laughs) I do not know. This movie. 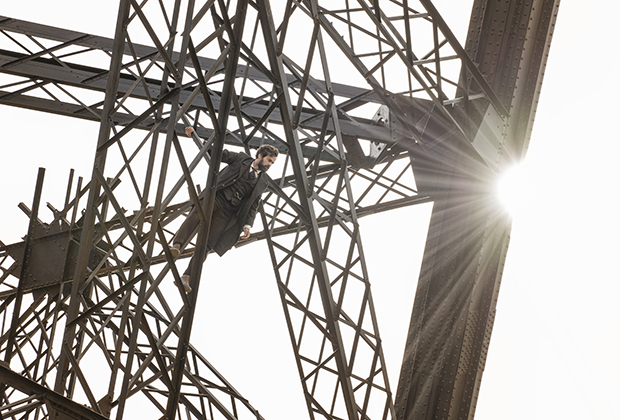 How did you work on the scenes showing the construction of the Eiffel Tower? Some of them, of course, refer to the famous photographs that captured her in a form far from complete.

This was one of the most difficult tasks that we faced. And in principle, perhaps, this process can be called the essence of the film. In general, our work was based on two main elements. The first is to recreate part of the tower, and on a 1: 1 scale, on the set. It was an exact copy of one of the pillars 25 meters high, made of metal, and we used it to shoot scenes on the construction site of the tower with the actors. The second element is graphics. It was very important to achieve the best, most believable quality in order to show the audience the Eiffel Tower as they had never seen it in the movies. So that you can look at it during the construction process in its real urban environment. Without this, I’m afraid no movie would have come out.

Tell us how you selected the actors for the main roles. For example, Emma McKay has never filmed in France at all.

The Superstar movie pokes fun at Merkel, Macron and the global crisis. Why should you watch it?

Romain Dury was the first choice for the role of Eiffel – and, frankly, I did not even think about anyone else and did not even offer the script to any other actor. He is always great in the roles of romantic heroes. In addition, he is very modern both in appearance and in spirit – and at the same time looks great in costume films. And Emma was suggested to me by one of our producers, who knew her from the Netflix hit Sex Education. It’s funny that she herself – I mean the producer – was persuaded to watch the show by her children. It was a great idea! On the one hand, Emma is well known to an international audience, and on the other, before that she was filmed only in England. So at the same time it is both recognizable and new to French audiences. Emma is very talented, full of energy – she turned out to be the perfect choice for the woman who became the personification of the Eiffel Tower.

Did you know from the beginning that you would not be shooting the classic Eiffel biopic and would only focus on the period of his work on the tower?

Yes, we immediately decided that we would not do a standard biopic and would focus on only one episode of Eiffel’s biography. But at the same time, while we were working on the script, we were inspired by a variety of events from his life – both before and after the tower. After all, one way or another, only in this way we could understand its character, its position and its status at the time of the start of construction. By this time, he had already completed several successful projects and was very rich, famous, influential. This success and the respect of French society gave him the strength and confidence that he could change the face of Paris forever. As before, for example, he changed the face of Porto by building the Ponti di Dona Maria Pia bridge over the Douro river. 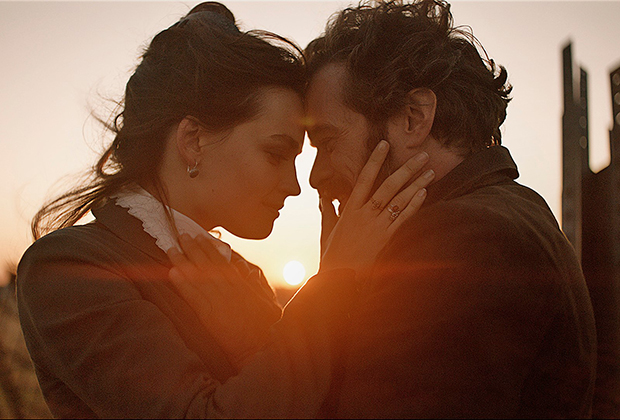 Perhaps the most intense moments of the Eiffel are the competition between your character and other engineers and architects. Was this rivalry really taking place?

Oh yeah. The Eiffel had enough rivals who did not want the tower to be built, and were afraid that it would outshine their creations. It is well known, for example, that Charles Garnier was terribly jealous of the Eiffel, at the same time building his famous Paris Opera. He feared that all tourists – and the inhabitants of Paris – would rush to the Eiffel Tower in the first place, and ignore his brainchild. And, for example, the Trocadero project – as we show in the film – competed with the tower for the right to represent France at the World Exhibition.

By the way, I was also interested in the very process of the appearance of something radically new in a well-known landscape.

During my lifetime, this happened, for example, with the Louvre, when he acquired the Bei Yuming pyramid. Many Frenchmen were categorically against it, but now they are used to it. But this is a very interesting dynamic. Eiffel was instantly hated by half of the country. And this with all his achievements! And within 20-30 years, the tower has become the most recognizable symbol not only of Paris, but of the whole of France.

Are you not afraid of criticism towards yourself? Still, we are talking about the symbol of the whole country, and there are enough of those to whom no film about this symbol will seem worthy of it.

Fortunately, my whole life has prepared me for this: I literally grew up on the cinemas thanks to my father, a film producer. And since childhood, I have seen enough of a variety of reactions to his work. It didn’t stop me from dreaming of a movie career. I gained experience in my youth, working as an assistant director for such classics as Bertrand Tavernier, Peter Kassowitz, Jean-Paul Rappno. Then he himself made his debut as a director – and having removed two comedies. And now I’m filming a new adaptation of The Three Musketeers – also material to which many people are biased. But I believe in myself. And we are making two films at once. And I must say that we have not filmed “The Musketeers” for quite a long time – in recent decades, only foreign, mainly English-language adaptations have been released. France is tired of waiting for its own.