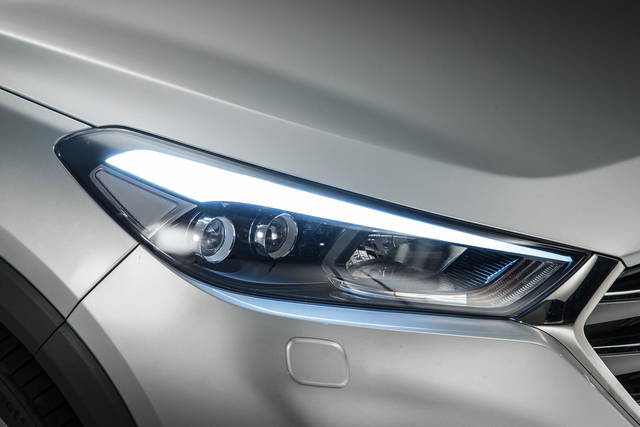 what they are used for, spy and when to use them

What are the differences between position lights and daytime running lights, when are they used and what is their purpose? The position lights are used to indicate the position of a parked car in areas with poor visibility, and are placed both on the front and on the rear (unlike the dipped beams, which instead are placed only on the front). Daytime running lights, also known as Drl (Daytime Running Lights) became mandatory on homologated cars starting from 2011. What are daytime running lights for? These serve to comply with the obligation of dipped beams turned on during the day in certain conditions, as per EU directive 97/28, in Italy converted with the Prime Ministerial Decree of 14 November 1997.

WHEN ARE SIDE LIGHTS AND DAYLIGHTS USED?

The Highway Code tells us when to use the sidelights and daytime running lights. The reference articles are numbers 151, 152 and 153.

In article 151 you can find the list of lights in cars and their definition:

Regarding the rules, the possible penalties in case of violations and on when and how the lights are used, refer to the following articles.

Article 152 states that motor vehicles, while marching out of built-up areasas well as mopeds, motorcycles, tricycles and quadricycles (the latter also in built-up areas), “are obliged to use the position lightsthe dipped beam headlamps and, if required, the number plate lights and the clearance lights “. Outside the cases indicated, daytime running lights can be used. Furthermore, it should be noted that cars of historical and collectible interest are exempt from the obligation to use these devices.

See also  Kettle too old? It will cost you dearly, here's how to lower your gas bills

Let’s now move on to article 153, which is quite full-bodied and more regulates the use of position lights. “From half an hour after sunset to half an hour before it rises and also during the day in the tunnels, in case of fog, snowfall, heavy rain and in any other case of poor visibility, while driving of motor vehicles and towing vehicles, the position lights must be kept onthe license plate lights and, if required, the clearance lights “.

Daytime running lights can be used outside built-up areas only in conditions of perfect visibility and in the city at all times, except when passing through tunnels or in poor visibility conditions.

WHAT IS THE LIGHT TO CHECK THAT THEY ARE ON

The position lights are marked with a green light made up of two small circles in the center and three lines starting from both circles going in opposite directions. This icon appears visible on the instrument panel when they are turned on.
The daytime running lights, on the other hand, are activated automatically when the engine is started, when the high beams are off.

SANCTIONS IN CASE OF NON-IGNITION

If you drive with the sidelights off or not regular in cases where it is mandatory to switch on, you can face a fine ranging from 42 to 173 euros. In poor visibility conditions, you also lose 1 point on your driving license.

SIDE AND DAYLIGHT REPLACEMENT: HOW TO CHOOSE THEM?

If it is necessary to replace the position lights, you can contact a mechanic, or do it yourself, if you are a little familiar.
According to the law, the front position lights must be white or yellow. The rear ones must be red, while the lateral ones are orange. All modifications are strictly prohibited, otherwise you can incur heavy penalties, even over 300-400 euros.
For the daytime running lights, LED luminaires are used, which have a white light, clearly visible during the day.

See also  Let's stop the gomblotto of the electric car!

HOW TO REPLACE A POSITION LIGHT?

As we wrote previously, to replace a position light you can contact the mechanic, or do it yourself if you have a little practice.

The first thing to know is the type of bulbs fitted to the car to know which replacement bulbs to buy. Generally it is traced back through two pieces of information: the model and year of the machine. Once obtained, you begin to disassemble the protections of the bulbs, which are located inside the lights. To start the replacement of front lights it will be necessary to open the bonnet, then remove the covers and carefully extract the bulbs from the joints. Finally, the new spare bulbs are inserted: it is recommended to see if they work, by switching on the lights, before closing everything.

The work is similar for replacing the rear position lightsbut unlike the previous ones, in this case it will be necessary to completely disassemble the light. To find out how to do it, since each car is different, it is recommended to read the car manual, and then proceed with the replacement.

However, we reiterate that this practice can only be done independently if you have some practice: otherwise, it is better to contact a mechanic.