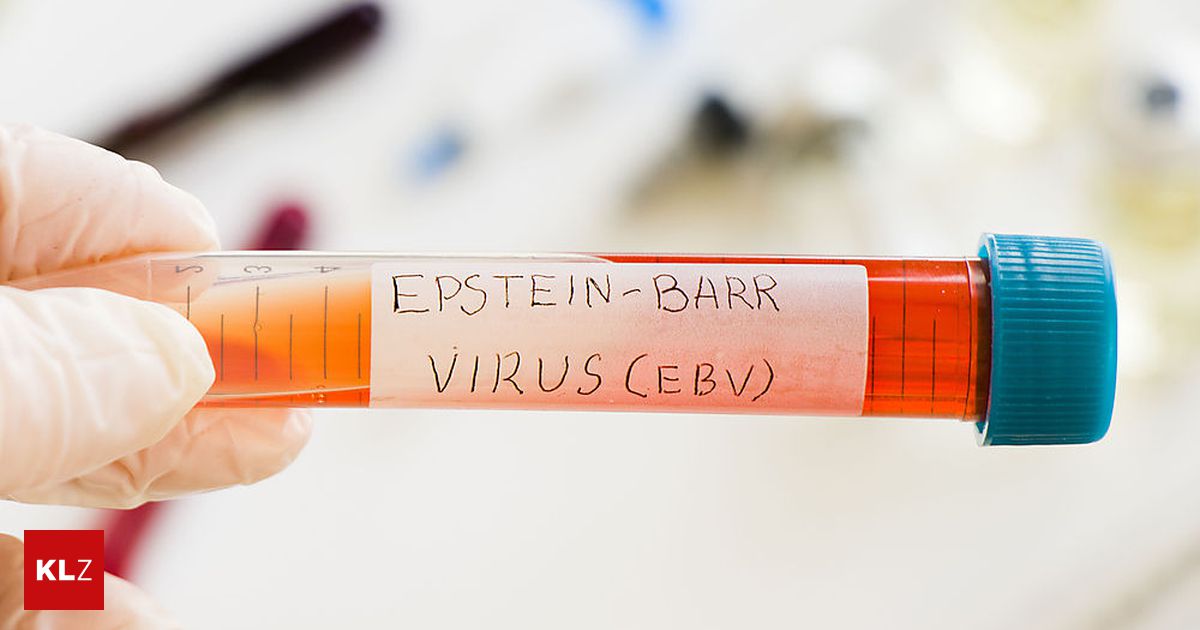 What the Epstein-Barr virus has to do with the development of multiple sclerosis «kleinezeitung.at

Epstein-Barr virus infection appears to be related to the development of multiple sclerosis. This is now underlined by a comprehensive study.

Epstein-Barr virus (EBV) infection appears to be the main cause of multiple sclerosis (MS). This connection has now been confirmed in a comprehensive study that was published in the journal “Science”. “The authors conclude, that the risk of developing MS is 32 times greater in people who have been infected by the virus than in people who do not carry the viruswhich is a significant number. Such a high risk is known for smoking and lung cancer, for example, “says Henri-Jacques Delecluse, head of the working group Pathogenesis of Infection-Related Tumors, German Cancer Research Center (DKFZ) in Heidelberg, emphasizing the informative value of the data.

The US study authors analyzed this Blood samples from over ten million military employeeswho are routinely tested for HIV in their professional career every year with a blood sample. They identified 801 people with multiple sclerosis and examined their blood samples for antibodies against EBV, which can cause Pfeiffer’s glandular fever. Antibodies against EBV could not be detected in 35 people with MS – at the time of the first blood sample they were not yet infected with EBV and were therefore seronegative. Before the outbreak of multiple sclerosis, however, 34 of the 35 people were infected with the virus and also developed antibodies against EBV. EBV seropositivity was almost ubiquitous at the time of MS development, only one of the 801 MS cases was EBV-seronegative at the time of the outbreak.

The search for the biomarkers

The study authors were also able to use the blood samples to show that the People who were originally EBV negative, initially no biomarkers for MS were detectable, but these were then detectable in blood samples after the EBV infection but before the onset of MS symptoms. “This suggests that the disease process did not actually start until the onset of the infection,” says Roland Martin, group leader for neuroimmunology and multiple sclerosis, University Hospital Zurich, opposite the Science Media Center.

But the The mechanism behind the development of MS in connection with EBV infection has not yet been clarified. More than 90 percent of people will contract EBV in their lifetime, but only a few will develop MS subsequently, although the virus remains in the body in all people for life. However, it has been shown to play in MS patients also other parameters how genetic factors play a role that, when combined with EBV infection, lead to MS. “In addition to an EBV infection in connection with MS, a number of other environmental risk factors should also be mentioned: low vitamin D, smoking, obesity in late childhood or early adulthood, shift work or a disturbed day-night rhythm at this age, as well as certain intestinal bacteria” says Martin.

Perspectives for the treatment of multiple sclerosis

A direct connection between an EBV infection and MS now enables perspectives to treat or prevent MS by treating an EBV infection as early as possible with antiviral drugs or a possible one vaccination averts. Klemens Ruprecht, Head of the Multiple Sclerosis Outpatient Clinic, Clinic and University Outpatient Clinic for Neurology, Charité, dampens hopes a little when it comes to a quick new therapy method or vaccination: “In theory, the causal relationship between EBV and MS means that vaccination against EBV should prevent the development of MS. In practice, however, there are currently no approved EBV vaccines available. “