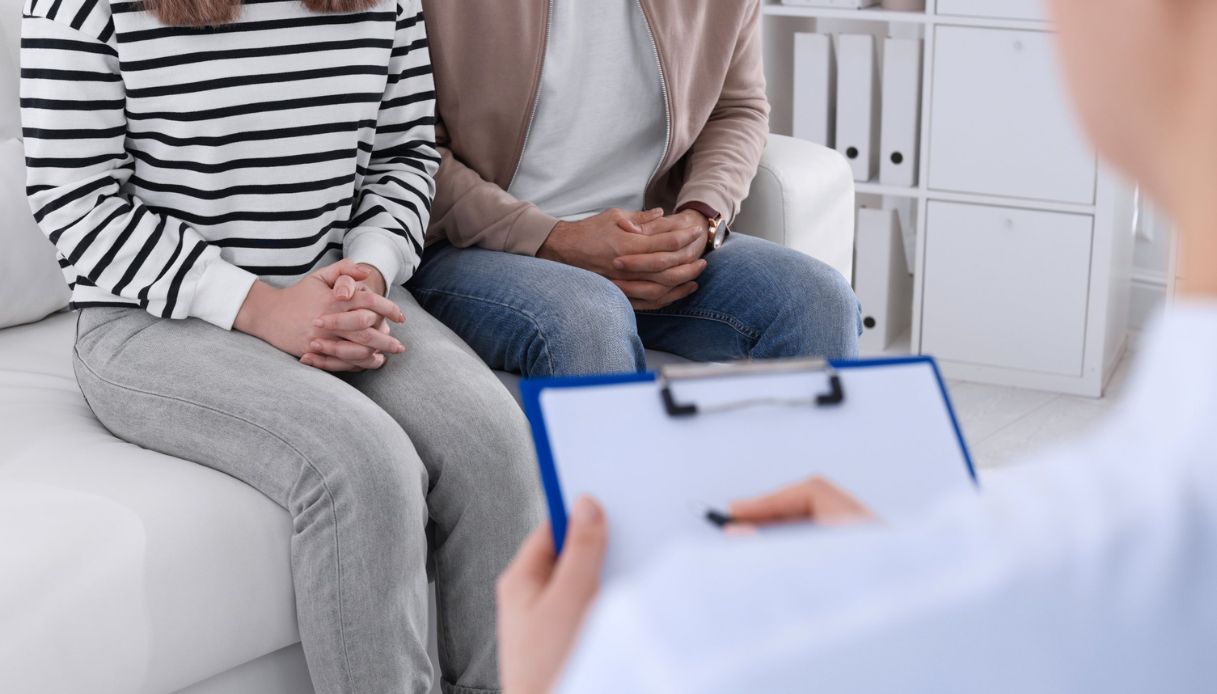 what it is, what the symptoms are and how to treat it

There are pathologies which, due to their not always symptomatic nature, can represent a health risk. Syphilis, for example, is a ‘sexually transmitted infection, which does not present painful and annoying symptoms right away. Specifically, it can take several weeks before the infected person notices it, thus delaying the diagnosis. In the meantime, the infection continues to take its course and, in some cases, it could be passed on to another healthy individual.

Il responsible bacterium of syphilis is the Treponema paleand as indicated on the site of the National Institute of Healthsyphilis represents the third most widespread sexually transmitted infection of the bacterial type in the world, immediately after chlamydia and gonorrhea.

So what is syphilis and what are the symptoms? We deepened the subject with the Professor Manuela Papini, Specialist in Dermatology and VenereologyProfessor of Skin and Venereal Diseases of the University of Perugia, Director of the Dermatological Clinic of Terni and National Coordinator of the SIDeMaST research group on “Sexually Transmitted, Infectious and Tropical Diseases

“It is a disease a sexual transmission. The responsible bacterium is very sensitive to temperature variations, that is, to those that are too high and / or too low. As a result, outside the body it dies quickly; it is also sensitive to most common disinfectants and good soap, which means that transmission is practically always through direct contact. The bacterium could also be transmitted through droplets, contact or other indirect modes of transmission, but these are very difficult. The typical mode of transmission is sexual intercourse. Any kind of sexual intercourse can transmit the infection: vaginal, anal, oral, or those in which there is direct contact (skin-skin or mucosa-mucosa) between the healthy and the sick subject. The infectious subject presents active injuries at that time from which the infection can be transmitted », explains the doctor.

Once the contagion of the non-immune subject has occurred, the treponema penetrates the tissue and begins to replicate, starting its life cycle. Thus begins a long period, more or less symptomatic, in which syphilis it develops in different stages.

“From the moment of contagion to that in which the first lesions begin to appear (syphiloma), or the so-called incubation period, on average 20 days. Then, in the area where the infection occurred, the first lesion appears (usually it is one or a few more), that is a small, reddish nodule, of the consistency similar to that of the ear cartilage, which does not cause discomfort and pain. The fact that it can be seen but is not accompanied by pain or other ailments poses a risk, especially for women due to the internal genital system. Likewise, it can pose a danger if it appears in the mouth and anal canalbecause, if you can’t see it, it’s harder to notice.

In the following days, the small lump begins to ulcerateas if it were scratched on the surface and a very contagious serum because inside there are many treponemes. After a few days in which the subject has only this lesion, they begin to swollen glands near the lesion area. Sometimes the person notices that the glands swell, but these are also not painful and therefore may not alarm the person.

After 3-4 weeks from its onset, the syphiloma heals by itself and disappears completely, but the disease is certainly not cured, indeed the most dangerous period. In fact, the subject enters the second incubation period, i.e. the one in which the microbes that previously replicated in that area, now spread through the blood. throughout the body. In this period, lasting about 20/30 days, the subject feels tired and has a little fever and begins to have swollen glands throughout the body ».

«At the end of the second incubation period there is the explosion of secondary syphilis, the one with the most symptoms. Specifically, it starts with a rash, like rubella, widespread throughout the body, especially in the trunk area, but which does not cause itching. After about a week, however, the most relevant lesions appear, or the papules of secondary syphilis, the size of a lentil or slightly larger, detached from each other, which may or may not itch. Lesions can appear anywhere on the body, including the scalpbut among the most characteristic locations there are the palmar and plantar surfaces. The lesions have a dark red color, reminiscent of that of cured ham, have a scaly border around them and are rich in treponemes.

If not treated effectively, this phase it can go on for months and even years with ups and downs: the individual does not heal completely and from time to time small groups of these reddish papules appear.

After a few years (on average 2-3), the disease can spontaneously go into a phase of apparent recovery. Skin lesions no longer appear, but the treponema has not disappeared, it is hidden in our internal organs, often in the most “noble” (heart, brain, liver, eye) and here it can remain “asleep” for many yearseven for life, or it can then be activated and trigger the subsequent tertiary phase ».

«It is the most feared phase for the considerable damage it can cause throughout the body and which, especially in the past, led to death because there were no antibiotics. All organs could be affected by syphilis. In the immunocompromised or in those who abuse substances, more serious pictures may occur already from the secondary stage, for example retinitis, uveitisacute syphilitic hepatitis and “malignant syphilis” which presents very serious lesions », continues the expert.

Even today, if it is not treated correctly from its initial stages, syphilis can degenerate, causing health problems. Either way, remember that even if your syphilis treatment is successful, it still can happen to get reinfected subsequently, because this disease does not leave a permanent immunity.

“If you are pregnant during secondary syphilis, there is a risk that it might as well be transmitted to the baby through the placenta. This is because treponema circulates in the blood. Pregnant women should therefore pay particular attention to avoid unprotected risk relationships».

«To confirm or not the diagnosis of syphilis, the dermatologist carries out tests. At an early stage of the disease, however, it can be difficult to recognize, but the experienced doctor knows how to manage the matter. In the more advanced stages, however, such as secondary syphilis, there are blood test which confirm the diagnostic suspicions. For example, the rapid RPR test which is also used for screening tests, and can reveal a positive or negative result. The most accurate are the immuno-enzymatic ones that give a safety response to the pathology. However, because these tests are very sensitive, they can continue to be positive for years, so it can be difficult to distinguish a recent infection from an old one, ”explains Dr. Papini.

Although it would be natural to consult a gynecologist, since the genital organs are also involved, the advice is to contact a dermatologistthat is a doctor specialized in the diagnosis and treatment of diseases affecting the skin (but also hair, nails) and sexually transmitted diseases.

How to treat it

«Once the diagnosis is made, we move on to therapy. In people who are not allergic to penicillin, this is the first choice treatment. Specifically, benzathine penicillin is used, which is a slow-release formulation of this antibiotic: two injections are made (one for buttock) and the effect lasts about twenty days. If the syphilis is primary or secondary, these two injections are sufficient. If, on the other hand, the subject is in one advanced secondary stage or if you don’t know when you have syphilis, these 2 injections are repeated a week apart, 3 times. The later forms of syphilis instead, they need specialized centers and personalized diagnoses and therapies.

People allergic to penicillin are prescribed other types of drugs, to be taken in some cases for up to a month. The person who discovers that he has had syphilis but does not know when he contracted it must be considered as in post secondary phase, therefore, it could be destined to develop more severe forms of syphilis. The treatment envisaged is like that of a diagnosis of late syphilis: penicillin is used, but in triple doses ».

Once the diagnosis is received, it is recommended that the subject contact your partner or any different partners, so that they can undergo a check-up for the early diagnosis of syphilis.

How can it be discovered

“The illness it can be discovered randomly, even if you have no symptoms, for example through laboratory tests. Same thing if a subject donates blood (this is always analyzed for safety reasons). Also, take antibiotics for several reasons, for example for one tonsillitisfor the toothache, it can lead to blocking syphilis, but not to cure it. This disease can also be detected during pregnancybecause among the routine examinations of the pregnant there are those for Venereal illnesses».

How to prevent it

As we have seen, syphilis is an insidious and subtle pathology since it does not immediately cause obvious symptoms. This can lead the subject to underestimate the “small” signs of the early stages or not notice them, delaying the diagnosis. If in doubt, the advice is to consult a dermatologist, who specializes in this type of pathology.