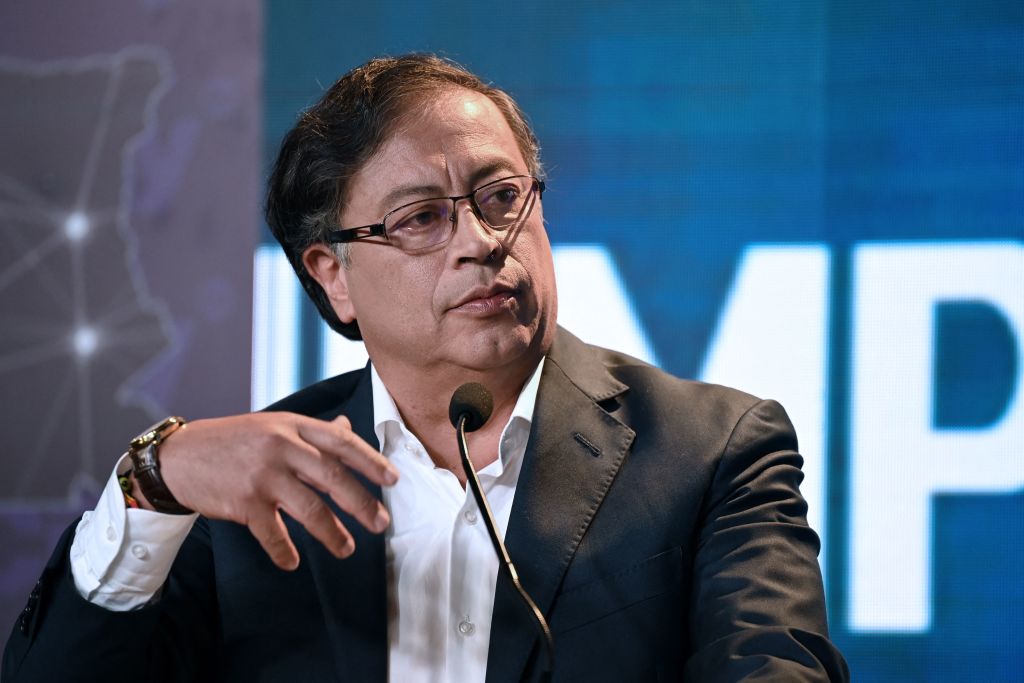 What is the social forgiveness that Gustavo Petro speaks of in Colombia?

Petro: “Duque’s political project has been defeated in Colombia” 1:34

(CNN Spanish) — Colombian presidential candidate Gustavo Petro, who obtained more than 40% of the votes in the first round, has spoken many times of “social forgiveness,” an amnesty proposal that has generated controversy and surprises, and his attempts to explain it have been criticized. for their opponents. The issue became relevant during the presidential campaign when it was revealed that Petro’s brother met with politicians convicted of corruption in prison and the candidate referred to the concept again.

But what exactly is this “social pardon” proposed by the left-wing candidate for the presidency of Colombia, and why is it already generating controversy?

In front of the Colombian Senate, in August 2021, Petro explained that his proposal comes from the concept of forgiveness put forward by the French philosopher Jaques Derrida (1930-2004).

What does this “social forgiveness” consist of?

“(Derrida) says that in certain historical epochs, very occasionally, a society can have the imaginary, creative and virtuous act of a great social forgiveness for its members”, said Petro, adding that this act has the same “generation of social creation” as revolutions.

Petro cancels his tours for fear of being attacked 3:25

“Could we think that it is possible that Colombia, after two centuries of perpetual wars, has reached a moment of generalized social forgiveness? I think so,” he added.

Who is affected by this widespread forgiveness? To the perpetrators, “regardless of whether they committed amnestiable and pardonable political crimes or committed crimes against humanity,” Petro maintains, adding that the specific name of this pardon, whether or not it is amnesty, will depend on the laws.

What are the conditions?

“Social forgiveness is an expression of society in search of reconciliation. It has a motor: to end a conflict in Colombia. And therefore the prison is not the fundamental piece, (it) is the heart of the human being,” he told him. Petro, former mayor of Bogotá and now a candidate for the Historic Pact, to CNN’s Fernando Ramos in May.

“If we are able to forgive a series of events that we would say are unforgivable in recent Colombian history, then we will be able to reconcile them.”

But to grant this social forgiveness “which is not divine, it is human,” Petro pointed out, there must be certain “historical conditions,” based on a prior process of “truth and reparation for the victims, through specific mechanisms.”

On this issue, Petro already had pointed out in August 2021 that “before an amnesty there must be a return of all the property to the dispossessed and the complete truth”.

Francia Márquez talks about threats he receives in the campaign 0:51

The revelation caused a controversy in Colombia, and Petro assured that his brother is not part of his campaign and that the meeting took place independently. “I did not send anyone to speak with Iván Moreno. They are the prisoners who asked to speak with the inter-ecclesial commission for Justice and Peace. That didn’t even cross my mind, ”he said on his account. Twitter.

On April 11, referring to the visit in an interview on W RadioPetro again mentioned the concept of social forgiveness, noting that Iván Moreno “has suggested that we be the builder of something that I have proposed called ‘social forgiveness’. And that is being discussed inside the prisons.”

Moreno was sentenced in 2015 to 14 years in prison for his involvement in the “hiring carousel” corruption scandal, according to the Efe news agency. Meanwhile, his brother Samuel Moreno, former mayor of Bogotá, was sentenced to 18 years in prison for delivering bribes in the district health network contract for 67,000 million pesos (about 22 million dollars), within the same operation.

The “social forgiveness” proposal has generated criticism against Petro, especially from his rivals in the upcoming elections and after learning of the meeting between Petro’s brother and Moreno. In a recent Yanhaas survey, 78% of those interviewed said they were against “social pardon for those convicted of corruption and drug trafficking.”

“Your former partners and political bosses (who are in jail today x corrupt [sic]), they have a pact with you that you yourself put in evidence to give them such a “social pardon” in exchange for votes. The country already knows it,” he said in your twitter account Federico Gutiérrez, candidate for the presidency of Colombia for the Equipo por Colombia coalition.

“Social forgiveness? Zero tolerance with those who seek votes with corruption”, said Sergio Fajardo, who will also compete in the May 29 elections for the Centro Esperanza coalition.

See also  In Europe by bus: how to travel on a budget and not be afraid of border guards - September 10, 2022

In mid-April, Petro denied that he was using “social forgiveness” to obtain political gains, assuring that he will go to court to defend himselfand offered more details about his project from his Twitter account.

This Petro said about protests in leaked audio 3:51

“Social forgiveness is not granted by a president, it is society that grants it and I believe that, in exchange for truth and reparation, the greatest beneficiaries of that forgiveness would be [el expresidente Álvaro] Uribe Vélez and his friends and thousands of soldiers of all ranks,” he expressed in another Tweet.

An old idea from Petro

But beyond these controversies, Petro has been working on this idea of ​​”social forgiveness” for a long time.

In his essay “Forgiveness is Solidarity”, included in 2002 in the book “Political Culture and Forgiveness”, published by the Universidad del Rosario, the former mayor of Bogotá argues that “in a country where, unfortunately, the unforgivable is already part of that daily life, it occurs to me that every day, at every moment, we should have a daily forgiveness that would annul the unforgivable”.

And he adds: “The minimum pardon coincides with the minimum of a pact of solidarity to build a nation without exclusions that we could finally call, unequivocally, democratic.”

With information from Fernando Ramos of CNN