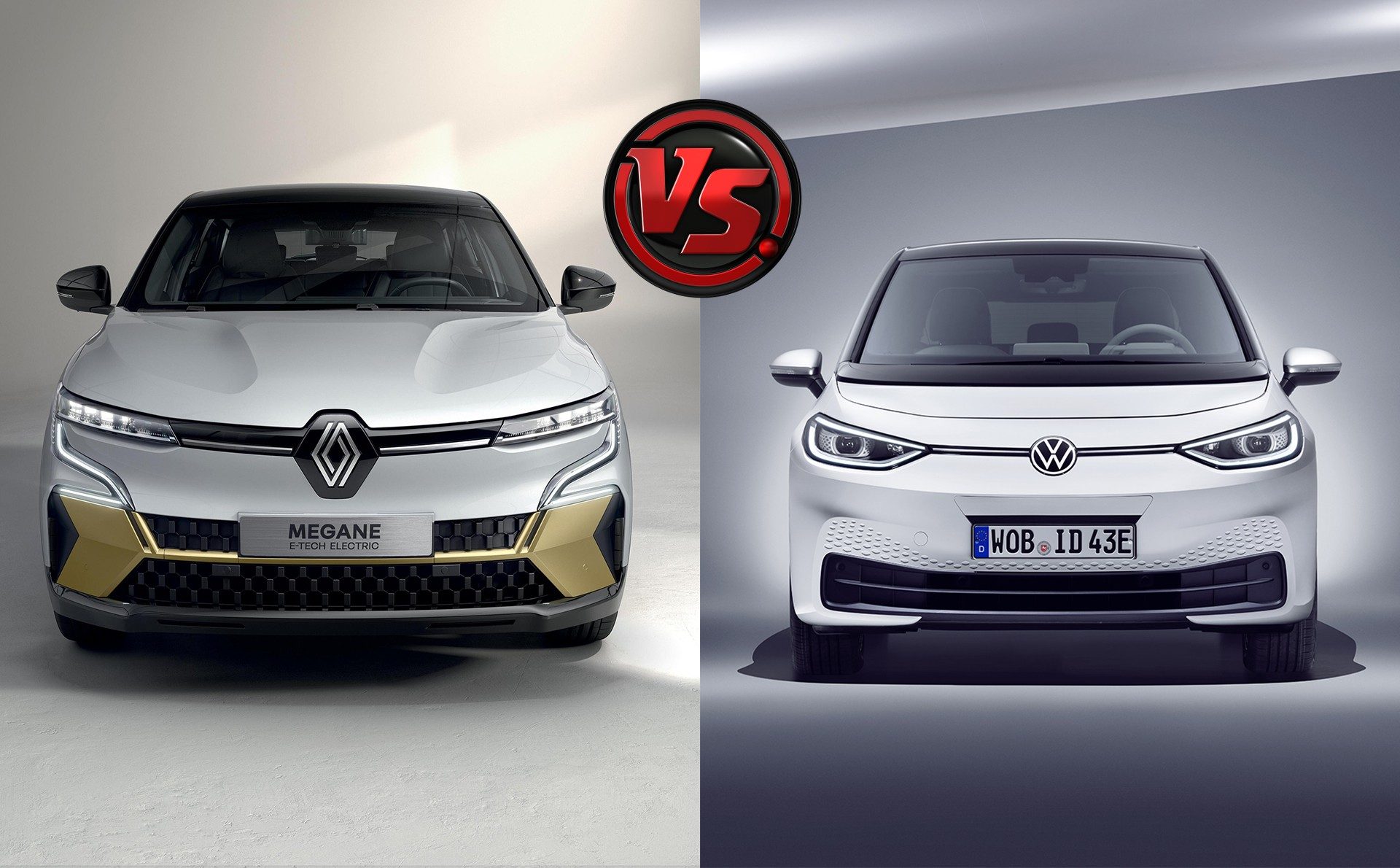 What is the new electric Mégane worth against the ID.3?

The wait will have been long but the new Renault Mégane E-Tech Electric ended up removing its camouflage a few days ago. The Volkswagen ID.3 would have gone well without it. Is she rightly or wrongly worried? First duel on paper.

Design: are you more of an SUV or an MPV?

Two vehicles, two totally different schools in terms of design. Hatchback silhouette, marked wheel arches and muscular front end for the Mégane, single-volume profile, fluid lines and soft shapes for the Volkswagen. The French plays it more SUV, the German thinks it is a small minivan. Looking at the success of the former and the rout of the latter, we tell ourselves that Renault has more than likely hit the nail on the head. But, at least, we can’t fault the ID.3 for looking like another model from the German manufacturer. For a Volkswagen, it is original.

Inside, it’s the same, the environment of the ID.3 is unlike anything known within the Group. Well, yes, but it has been copied from (ID.4, Cupra Born). When it came out, it was innovating. Yes, but, ergonomics suffers. Some air conditioning functions, for example, are controlled via sensor buttons located on the center console, but most from the touch screen. In general, it is too often necessary to go through the multimedia system to activate or deactivate a particular function, which is not very practical. Another annoying point, the quality of the materials is frankly disappointing, a bad habit that the Wolfsburg brand has taken in recent years.

The dashboard of its Losange rival is no less original. Even if Renault does not go as far as Peugeot, its unprecedented driving position called Open-R is still eye-popping with its two large screens (12.3 “for digital instrumentation, 12” for the multimedia panel) forming an inverted “L”. Ergonomics are better with, for example, real buttons to control the air conditioning. Besides, the materials chosen are more neat: wood and genuine leathers on certain versions. The finish too, as is the case with the brand’s latest productions (Clio, Arkana, etc.). Clear advantage to Renault.

Dimensions / habitability: the compactness of the Renault should be paid in interior space

The electric Mégane is 15 cm shorter than its thermal sister (which remains in the catalog). A big difference! In fact, it is the shortest compact in the segment. The ID.3, not particularly bulky either, is beaten. Renault claims that it does just as well as the thermal Mégane thanks to its larger wheelbase: 2.69 m, or 2 cm more. Fact, you don’t feel too cramped behind the Mégane E-Tech Electric, just a little confined because of the small glass surface and not easy to place your feet under the front seats.

However a little shorter (- 2 cm), the ID.3 is even more spacious than a Golf, which is already generous on this point. The electric compact makes perfect use of its cubic shapes, its gigantic wheelbase helping (15 cm more than the Golf!). Not sure that the Mégane comes close to the VW, it will have to be checked in a few months, meter in hand. On paper, the Mégane would however take the advantage on the trunk volume. To be confirmed there too.

See also  Fuel prices: should the speed be lowered on certain roads to consume less?

The electric Mégane offers the choice between two batteries (40 kWh and 60 kWh) and two power levels (130 or 218 hp). The offer of ID.3 is more complete. Three engines of 145, 150 and 204 hp are available. Volkswagen boss Ralf Brandstätter also confirmed to our British colleagues at Auto Express that an edgy version developing 333 hp and being able to go from 0 to 100 km / h in just 5.3 s would arrive thereafter. You also have the choice between 3 battery capacities. With the big 77 kWh, the German manufacturer announces a range of 544 km, much greater on paper than that of the Mégane. You should also know that the latter cannot be recharged on a fast terminal (22 kW maximum) in its basic configuration (small engine of 130 hp and small battery of 40 kWh), the ID.3 Pure Performance (110 kW ), it authorizes it (50 kW). On its peak version EV60 (218 hp and 60 kWh), the Mégane does a little better than the Volkswagen: 130 kW against 125 kW.

Of course, we will have to wait until we can get behind the wheel of the Mégane to decide between them for good. But a person interested in the electric Mégane might not be interested in an ID.3 at all, and vice versa, it must be said that the philosophy of these two vehicles is quite different.