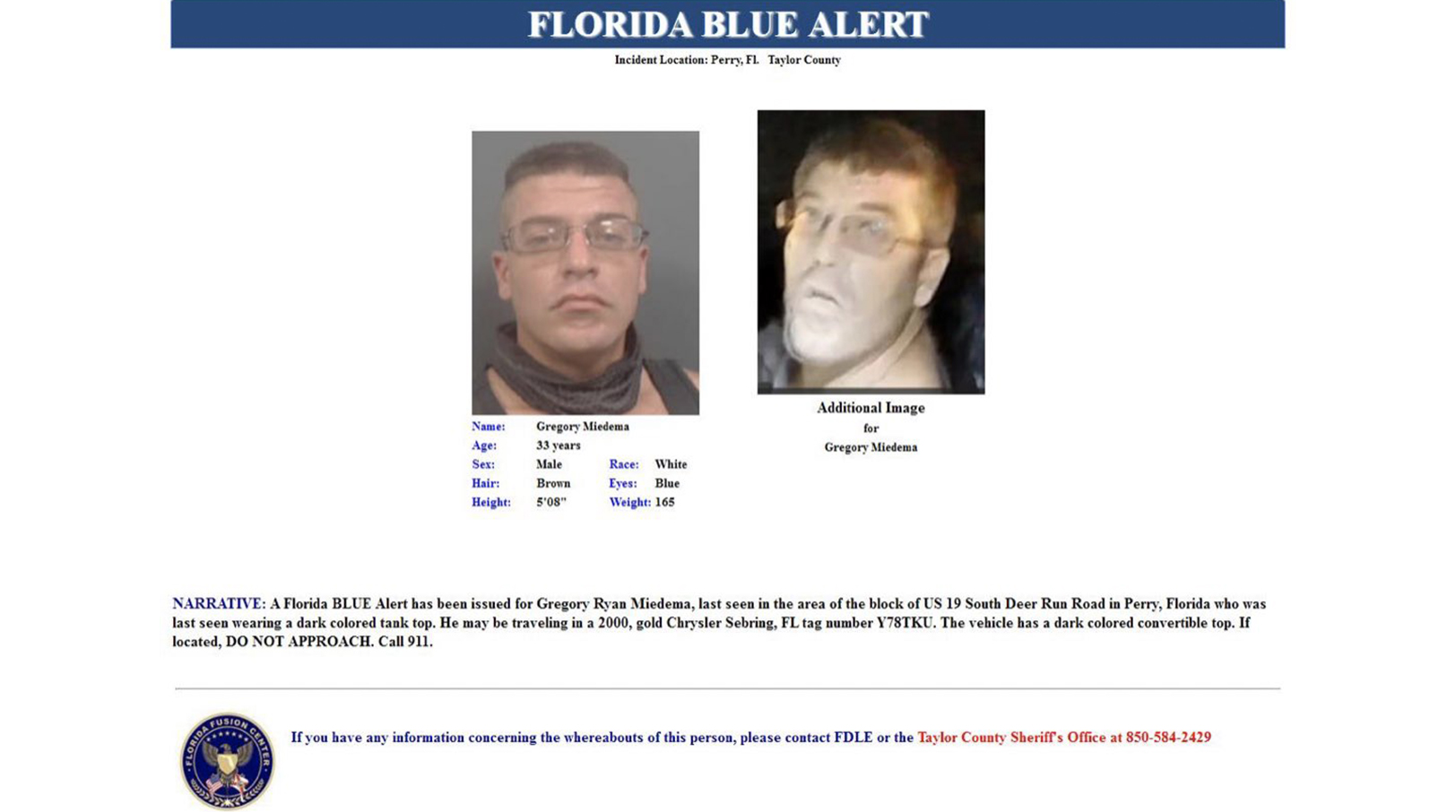 What is a Blue Alert or Blue Alert in Florida, what causes it and what does it imply?

Brian Flores explains why he sued the NFL 2:06

Unlike the AMBER Alert – which is activated with the aim of encouraging the community to collaborate in the search for a missing child to recover him safely – the Blue Alert is activated to request assistance from the public after the disappearance, assault or death of a law enforcement or public order agent, such as a police officer.

Like the Amber Alert and the Silver Alert — which is activated when an elderly or cognitively impaired person goes missing and is at risk — the Blue Alert can be broadcast to radio and television stations, cell phones, highway signs and other mechanisms. secondary alerts.

In the specific case of Tuesday, the Florida Department of Law Enforcement (FDLE) launched a blue alert in Florida for Gregory Ryan Miedema, with the caption “If found, DO NOT APPROACH. If you have any information on this person’s whereabouts, please contact the Taylor County Sheriff’s Office at 850-584-2429 or 911” .

Hours later the Blue Alert was deactivated. At a news conference, FDLE confirmed Wednesday that the suspect was killed during a home invasion in Steinhatchee, Florida.

When are Blue Alerts sent?

According to the FDLE, for a Blue Alert to be activated, four criteria must be met:

See also  Six cameras, three of the PS at risk. What the polls show before the campaign - Expresso

In case you have not received the alert, Florida residents can register and register your email.