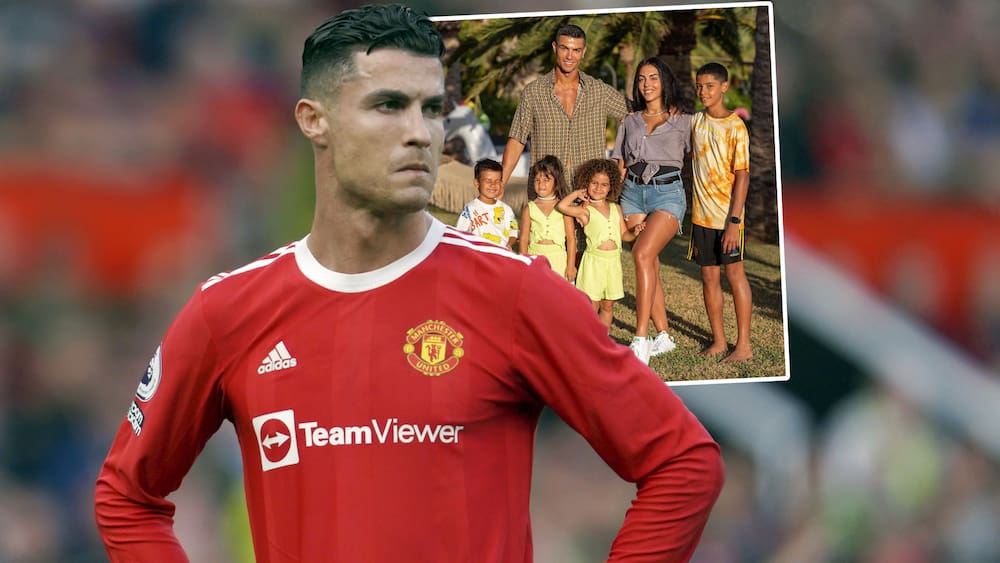 Cristiano here, Cristiano there – the Portuguese superstar is on everyone’s lips at the moment. His advisor, Jorge Mendes (56), has his hands full.

It was only this week that the superstar from Manchester United was said to have been offered for sale to FC Bayern Munich as a replacement for Robert Lewandowski (33), who was willing to emigrate. Ronaldo to Bayern? It would be a bang.

However, the report from Spain was quickly denied. Ronaldo was actually offered to the Munich team by Mendes. But Bayern are said to have declined with thanks. Sports director Hasan Salihamidzic makes it clear at Sky: “Cristiano Ronaldo is a top player with an outstanding career. However, the rumor that is circulating is a rumor with no truth to it.” The Munich exit is therefore blocked for CR7.

Then at the weekend a message from Italy made waves. Ronaldo should also be an issue at AS Roma. His former coach at Real Madrid, José Mourinho (59), is on the sidelines there. He is also under contract with Jorge Mendes. “The Special One” wants to “do everything” to get back together with the world star.

«He was offered to the Roma»

“CR7 is looking for a home”, headlines the “Gazzetta dello Sport”. And: “It was offered to the Roma!” The tifosi of the Giallorossi are of course immediately in an uproar. But it should have stayed with the offer. Because a transfer of a player of the caliber Cristiano is not financially manageable for the Roma. “That’s why this marriage remains a dream or something more. But what could be nicer than a summer dream?” asks the “Gazzetta”.

A dream for Ronaldo would probably be winning the Champions League again. And that is exactly his problem. Because with ManUtd he missed the premier class and would only appear in the Europa League in the new season – his contract at Old Trafford runs until summer 2023. Does he do that?

Suddenly Chelsea FC is in the game

No, believe the mostly well-informed reporters from The Athletic. And they bring a new club into play: Chelsea FC!

The Blues, after the Abramovich era just bought by a consortium led by US investor Todd Boehly (48) and Swiss billionaire Hansjörg Wyss (86), are said to be in negotiations with the Mendes team. Boehly is said to have even met with the star’s adviser to discuss Ronaldo’s situation and a possible transfer to Stamford Bridge. In any case, Cristiano could play in the Champions League at Chelsea … the ManUtd bosses are said to be beside themselves with anger about the meeting.

Well, the player himself is relaxed, has been on family vacation in Mallorca since June 14th. While his bodyguard is wrecking his two-million-euro Bugatti Veyron, Ronaldo is enjoying island life in a mega-villa, recording Tiktok videos and chugging around the Balearic Islands in a super yacht.

But Ronaldo isn’t Ronaldo when he’s not training. So on Saturday he put a picture on Instagram of how he steeled his muscles on the Real Mallorca facility and worked on his shot. Only he himself knows where he will score goals with it in the future. (wst)

See also  the renewal is one step away

Gala against Switzerland: CR7 moves his mommy to tears with a brace(00:31)