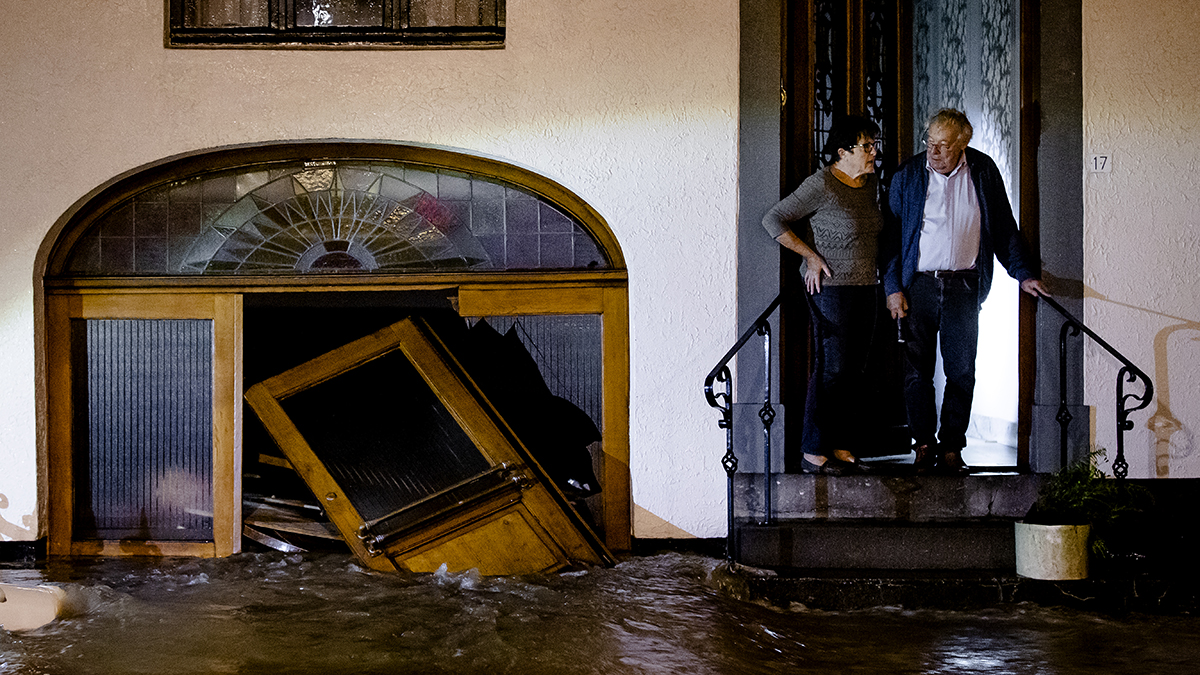 Major damage in South Limburg due to flooding. That damage falls under ‘rain’ and you’re probably okay with that, but when we talk about ‘flooding’ later, it could just be different. 5 questions for the Dutch Association of Insurers.

1. Is the damage covered in Limburg?

In Limburg, there is now talk of water damage due to extreme rainfall. “We speak of extreme weather if 40 millimeters falls in 24 hours. As a rule, this is covered by insurers,” says Barbara van der Drest of the Dutch Association of Insurers. “You can then recover damage to and in your home from your home contents insurance.”

But we don’t know what lies ahead. If a river soon overflows its banks, there is a good chance that it will suddenly no longer look so rosy for your cover. “Because in the event of a flood, the coverage is very different. It is then only covered if you have really arranged it additionally. There are also only a few insurers that offer that.”

2. Why is there no standard cover in case of flooding?

That’s because floods are often local, says Van der Drest. “People who live next to a trench, for example, see whether they want to insure it additionally.”

But up to now it has been about extreme precipitation, if you are talking about coverage from your insurer and that is favorable. “The major providers such as FBTO, InterPolis, Centraal Beheer cover all of that anyway. But it is very exciting what the Maas, the Gulp and the Geul will do in the coming hours.”

Video: this is what the flooding in Limburg looks like from above

Evacuations, dragging sandbags and hoping that the water will cause little damage: it was a restless night in Limburg. The flooding is still great and the peak does not seem to have been reached yet. This is what it looks like from above around Valkenburg.

3. Is everything covered in case of rain damage?

No, not everything is covered. Most insurers cover damage from rain that enters through roofs, gutters, and over thresholds. And also the breakdown of electricity as a result. And if you have damage due to a flat roof that collapses, that is also compensated.

What is not insured is damage to roofs and gutters and damage from rain that enters through open windows and doors. Damage caused by a rise in the groundwater level is also not compensated. And that also applies to damage caused by poor maintenance.

When does ‘extreme rain’ turn into ‘flood’?

We speak of a flood when a dike breaks or a flood defense can no longer cope, says Van der Drest. “So now water flows over the banks of rivers as a result of precipitation, but that is a different story than when a dike actually breaks.” The water board keeps a close eye on this in Limburg. “Because it can change.”

If your car is flooded, you must report this to your car insurer. The damage is insured, but only if you have comprehensive or all-risk insurance. This also applies to company cars.

5. What should I do in case of damage due to rain or flooding?

Although a lot is usually reimbursed for damage caused by rain, you should still really check your policy, advises Van der Drest of the Dutch Association of Insurers. “And report the damage as soon as possible. It can be very busy at the insurer right now, but keep trying.”

“And don’t go repairing the damage on our own. We really have to wait until the water has subsided so that we can see what the damage is.”

For South Limburg, the outgoing cabinet has now also declared the floods ‘in a formal sense’ a disaster, says Prime Minister Mark Rutte. This means that a law applies that stipulates that people with damage that the insurance does not cover can also turn to the central government. The exact application of the Disaster Compensation Act still needs to be worked out in more detail.