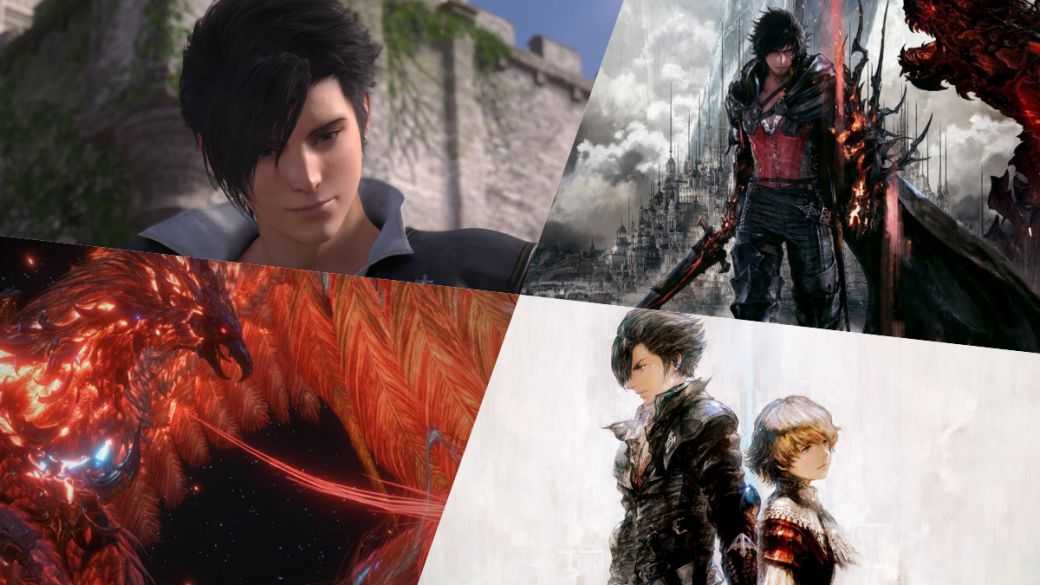 What do we know about the new opus in the saga?

Final Fantasy XVI is in the final stages of its development, but Square Enix has yet to present any news regarding its long-awaited RPG. In a post on social media at the end of 2021, producer Naoki Yoshida assured that the next big announcement is scheduled for spring, as production has been delayed due to the coronavirus crisis. Next, we will summarize everything that is known about the video game.

When is it coming out and on which platforms?

When Final Fantasy XVI was announced during the PlayStation 5 reveal event, there was some confusion. In the trailer they showed that the PC logo appeared, but later it was removed. A representative for Square Enix told IGN that they had “no further information” on the game’s release “on other platforms” besides Sony’s next-gen console. Later, the official site was updated with one clarification: this is a temporary exclusive. In other words, it will be able to release on other systems when the deal with PlayStation expires.

As for the release date, Yoshida was very cautious in this regard and was very careful not to raise false expectations. To date, it hasn’t even shared a launch window.

Final Fantasy XVI will not implement a turn-based combat system like the classics. Instead, they opted for action as the backbone of the fights. It’s quite a statement of intent that the Japanese studio has hired Ryota Suzuki as director of the combat system. Before joining Square Enix, he worked on Capcom games such as Devil May Cry 4, Devil May Cry 5 and Dragon’s Dogma. Yoshida also promised accessibility and difficulty options to make the experience suitable for as many players as possible.

The progression system has received very little commentary. During a conversation with Hironobu Sakaguchi, father of Final Fantasy, the producer explained that the skill tree is similar to that of Fantasian. “Normally, there are two ways to play a character. You can put yourself in the place of a predefined protagonist or, as in [Final Fantasy] 14, become your own protagonist. But even in case you are playing with a pre-made hero, it is better to have some sense of customization in character progression because it gives more options in the game,” he pointed out.

The Story: The Conflict of the Crystals

As in many episodes of this saga, crystals are the essential pillars of its story. The study conducted by Naoki Yoshida (producer) and Hiroshi Takai (director) embodies the influence of the Mother Crystals, crystalline clusters that make the land of Valisthea shine with their dazzling brilliance. They receive from them the blessing with the ether, which reaches all the nations. Due to their influence, the locals are able to master magic and lead rich and prosperous lives.

It has been that way for generations, but the world is now on a knife edge. A tense peace controlled the great powers, developed under the shelter of the Mother Crystals. This age of harmony is about to end with the arrival of the Stygian lands.

In this fantasy world, the eikon are the most powerful in all of Valisthea. Each of them is introduced to a human being, the so-called Dominants, who have the power to channel their abilities and summon them. Some of these people are celebrated for the mere fact of being elected, while in other nations they are mere instruments of war. None of the Dominants can escape their uncertain fate.

He is the eldest son of the Archduke of Rosaria. As such, everyone assumed he would be the rightful heir to the Phoenix Flames, which would make him a Dominant. However, the recipient of these powers was his little brother, the very young Joshua. After losing the support of the people, he strives to master the art of the sword, a skill with which he achieves an important victory in the ducal tournament. After being named senior guard, his job focuses on protecting the Phoenix, for which he receives its blessing and can use some of its power. Unfortunately, his aspirations are dashed after the tragedy unleashed by a dark eikon, Ifrit. Revenge is served.

The Archduke’s youngest son ends up being the Phoenix Dominant. At ten years old, he is a weak and sickly creature, who would rather spend his time in books than in sword training. He thinks that Clive is much stronger and that he should have inherited the powers of the eikon. Of an affable nature, he does not despise the rest of the inhabitants of Rosaria, whom he treats as equals. He is also present during the incident with Ifrit.

She was born in the northern territories, but this twelve-year-old girl was sent to Rosaria to secure peace between the two nations. For this reason, the Archduke wanted him to grow up with his children, whom over time he came to treat as brothers. Square Enix defines her as courteous and affable, resembling Joshua in this respect. The two brothers lean over her to share their problems and concerns.

Located in the western region of Valisthea, it brings together several provinces under the domination of the Dominant of Phoenix, eikon of fire, who is proclaimed archduke when he reaches his majority. Although blessed with the Dragon’s Breath, the Crystal Mother located on a volcanic island in the Iron Kingdom, its territories are beginning to suffer from the expansion of the Stygian lands, a phenomenon that threatens to consume all of its domains.

Sanbreque is the largest denominational state in all of Valisthea. Its capital, Oriflamme, was built around the Head of the Dragon, the Mother Crystal that irrigates its surroundings with abundant ether. The citizens of the empire enjoy a prosperous life under the watchful eye of His Holiness, the Emperor whom they revere as the embodiment of their one true god. His army is commanded by a certain Dominant, a ruthless warrior whose prowess ravages the battlefield.

Controls all of Cenicia, the eastern region of Valisthea. Long ago, he devoted all his efforts to fighting against the hordes of orcs and beasts of all kinds that populated his domains, but the conflicts ceased after the arrival on the throne of a certain Dominant, current monarch of the kingdom. . He has extraordinary military ability thanks to the power of his Mother Crystal, the Dragon Pillar, with which he continually tests his neighboring nations.

Composed of five states whose representatives make up the Council, the governing body of the republic advised by the Dominant of Titan, eikon of the earth. He controls virtually all of southern Valisthea thanks to the massive amount of ether he obtains from his mother crystal, the Dragon’s Fang, hidden inside a mountain range.

Archipelago located in Tormentia, the western region of Valisthea, which barely maintains diplomatic relations with the mainland. He has the Breath of the Dragon, the source of all his conflicts with the neighboring nation of the Grand Duchy of Rosaria. The Ironbloods, inhabitants of the Kingdom of Iron, are orthodox crystalline devotees who have their own language. They execute Dominants born in their territories, as orthodox doctrine regards them as impure creatures of sinful origin.

Located in the central region of Valisthea, it has the largest mother crystal, the Dragon’s Tail. The blood of several nations sprinkled their lands in bloody battles for control of the Dominion, of great strategic importance, until the signing of an armistice ended hostilities in pursuit of a fair distribution of crystal blessing. Its government is made up of representatives from neighboring nations and has no Dominant.