What can happen to the blue dollar in August, according to an expert

The escalation suffered by the price of the free dollar between June and July, beyond the fact that in the last week it fell below $300 due to the announcements in the changes in the Cabinet, continues to make noise in the market. In fact, fears that it will resume a rise are latent, due to the economic and political uncertainty that exists in the country, in a framework in which net reserves are in negative territory. For this reason, the question that many Argentines ask themselves is How far can the blue go?.

To find out what is the maximum value that the informal dollar can reach in this context, and analyze whether its current level is considered expensive or cheap, iProfessional consulted the economist Roberto Gerettoportfolio manager the Fundcorp.

To your understanding, Argentina’s macroeconomic imbalances and high inflation with devaluation have made individuals and companies look to the dollar for a safe haven to protect their savings and investments.

This high demand for foreign currency, in a scenario in which net reserves of the Central Bank are scarce, added to the fact that there is no economic plan, nor a clear course for the country, it generates a vicious circle in which savers want to flee the peso faster.

“Therefore, periodically in Argentina they establish controls in the market, which prevent further depreciation of the official exchange rate, but they feed the appearance or expansion of other alternative ways to acquire foreign currency, and thus the exchange rate gap increases,” summarizes Geretto.

The exchange gap between the official and free dollars widens more and more.

Highest gap in the dollar

The truth is that the latest official measures to further tighten the exchange trap, such as the increase in the percentage that is charged in advance of the payment of Profits that is applied to the price of the tourist dollar from 35% to 45%, had an impact so that raise even more the floor of the gap between the official ticket and the free one.

It is that, for example, the blue jumped in a few weeks from the $206 it was selling at the beginning of June to almost $350. And after the official announcements of the last week of July it fell back to less than $300. Meanwhile, the exchange rate set by the Central Bank is $137, without the taxes charged to the public. Namely, today there is a gap of 115%.

“This is added to the greater political noise that there was due to the departure of Martín Guzmán and the recent resignation of Silvina Batakis, plus the tension in the peso market, more stocks and issuance of the BCRA to support bond prices,” Geretto details.

And adds: “Everything is going in the same direction, so the 100% gap, which until a few months ago was a ceiling, is now seen as a floor. Also, every time the stocks are adjusted, more people are displaced towards the blue, increasing demand of this reference.

In conclusion, the factors that recently boosted the price of the free dollar, basically, were the macroeconomic uncertainty, together with high inflation and monetary issue.

See also  Renault Logan 2021, the cheapest price in the Renault family in Egypt

“In all of this, it should not be forgotten that both the deficit and the monetary issue as a source of financing are products of a State that has doubled since 2003, making its financing very complicated,” Geretto told iProfesional. 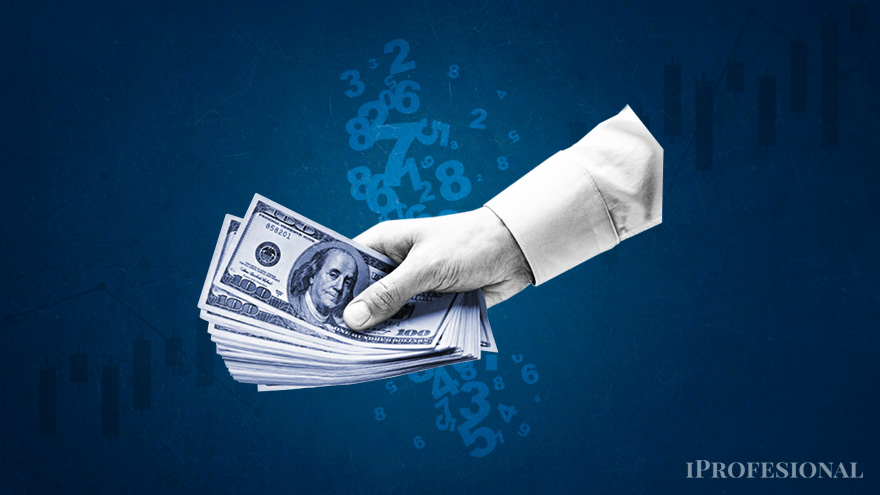 For economists, the current price of the free dollar, around $300, is considered “expensive” compared to the value it should have.

Additionally, it considers that the blue tends to closely follow spot with liquidation, where “the latter shows a close relationship with the monetary liabilities of the Central Bank, which have been increasing steadily in the last times”.

What price can the blue dollar reach?

Currently, there are different possible scenarios for Argentina, in the midst of an uncertain period for politics and the economy, with rising inflation putting pressure on the price of the dollar.

“Values ​​around $300 in real terms are expensive, but they are a consequence of macro imbalances and exchange restrictions. By way of comparison, in terms of the real exchange rate, a dollar of $315 is equivalent to $4 in 2002, when convertibility was left from 1 to 1″iProfessional Geretto graphics.

So, in the future, in a baseline scenario without any disruptive event, this economist can expect this exchange rate to lose relative to inflation.

However, he considers that, as next year’s presidential elections approach, and if restrictions on stock market operations increase, “the free dollar is likely to beat inflation in the coming months.” 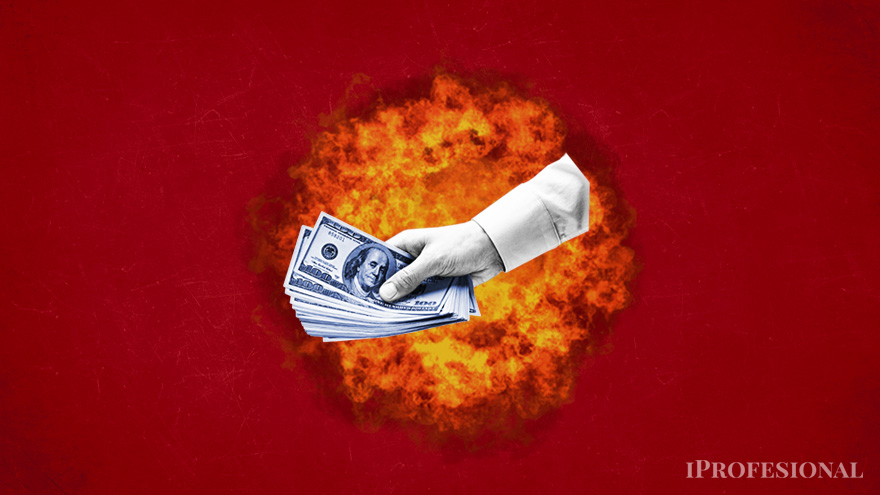 For Geretto, a “bad” scenario could take the blue dollar to a price of $454, equivalent in current values ​​to that of the hyperinflation of 1989.

“A bad scenario would be that the nominal variables of the economy continue to skyrocket, such as inflation, the exchange rate, among others. There, the blue dollar could climb higher than before, and could be compared to the hyperinflation of 1988 or 1989, when the historical peak was reached in terms of the real exchange rate. In short, in today’s pesos, that value would be $454.”indicates Geretto.

Finally, this expert considers that there may also be a middle stage where the blue dollar keeps pace with inflation, so “it would continue to be expensive in terms of the real exchange rate but not exploited, ending at the end of the year around $410“.

Although the US currency would continue to rise in value, Geretto concludes that the same, in the long term, and in a scenario of normalization of the economy, “the blue should lose against inflation“.