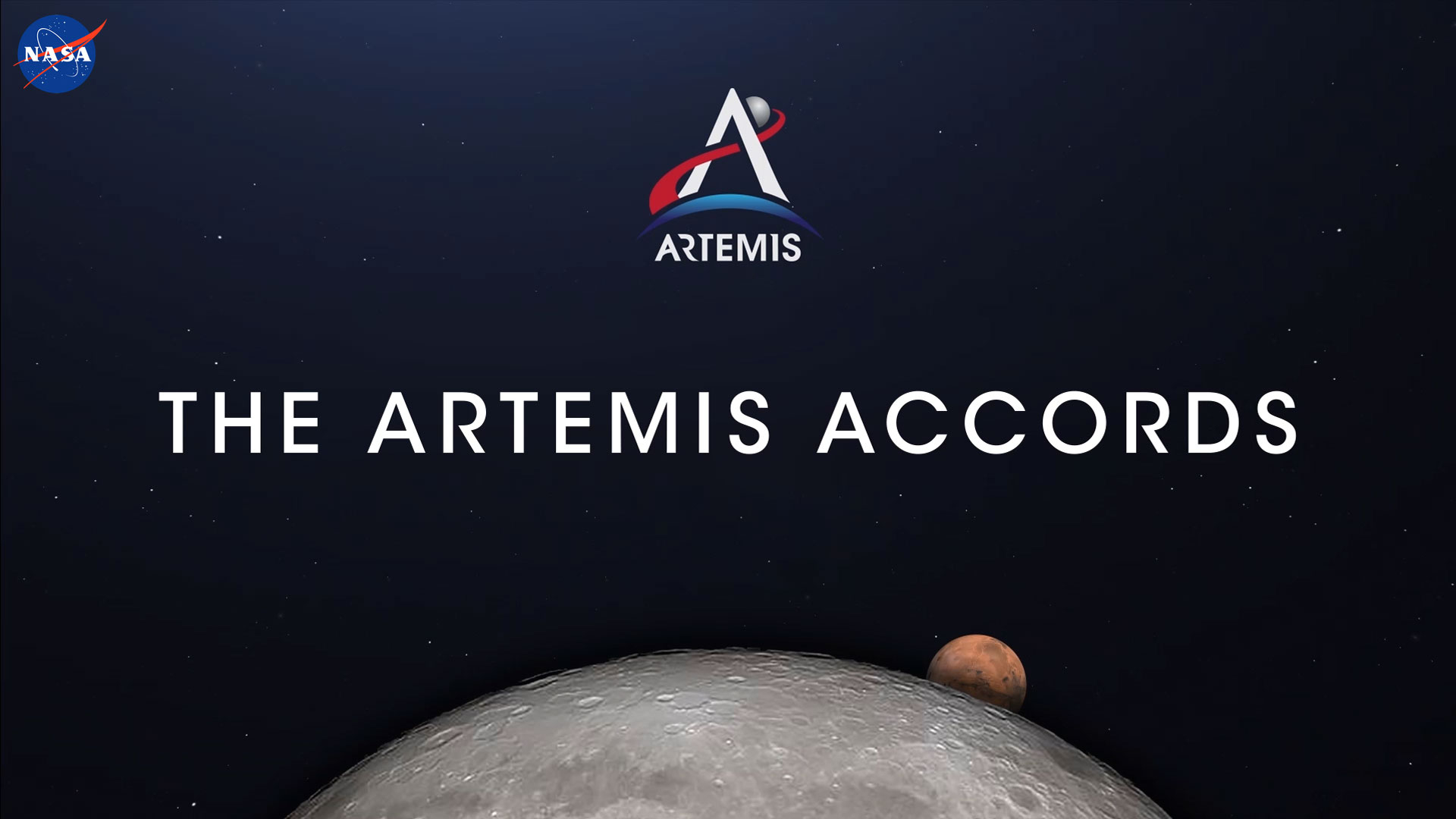 What are the Artemis Accords?

The next era of space exploration is underway with the Artemis program aiming to send the first woman and person of color to the lunar surface before targeting a crewed mission to Mars. The Artemis accords lay out a framework for nations collaborating in this exciting endeavor. (Image credit: NASA)

The Artemis Accords are a set of statements that set out common principles, guidelines, and best practices that are applicable to the safe exploration of the moon and eventually beyond as humanity extends the duration of space missions and its reach to Mars.

While NASA is leading the Artemis programwhich aims to kick start a new era of space exploration and put the first woman and person of color on the moon in 2024, international partnerships with numerous countries and private companies are vital to its success.

Initiated by NASA the aim of the accords is to establish a common set of principles to ensure missions that fall under the Artemis mission umbrella are undertaken responsibly.

Co-led by NASA and the U.S. Department of State, the Artemis Accords are signed at a national level rather than on an organizational level, and countries that sign the accord do so on a voluntary basis.

“Artemis will be the broadest and most diverse international human space exploration program in history, and the Artemis Accords are the vehicle that will establish this singular global coalition,” NASA Administrator Jim Bridenstine said in 2020 (opens in new tab) when the accords were founded. “With today’s signing, we are uniting with our partners to explore the moon and are establishing vital principles that will create a safe, peaceful, and prosperous future in space for all of humanity to enjoy.”

Origins of the Artemis Accords

One of the key principles of the Artemis Accords is to affirm the importance of countries complying with 1967’s Outer Space Treaty (or the Treaty on Principles Governing the Activities of States in the Exploration and Use of Outer Space, Including the moon and Other Celestial Bodies to give it its full title).

Additionally, the accords affirm the importance of the Rescue and Return Agreement opened in 1968, which emphasizes the responsibility of nations to safely return astronauts and equipment to Earth and further space-related policies such as 1972’s Liability Convention and 1975’s Registration Convention.

The Artemis Accords were first launched and signed by eight nations in October 2020, with representatives of its signatory nations meeting in person for the first time at the International Astronautical Congress in Paris on September 19, 2022.

In terms of scope, the accords relate to activities on in orbit, on the surface, and in the subsurface of the moon, Mars, cometsand asteroids. It also covers the stable orbital points known as the Lagrangian points for the Earth-moon system and is applied to objects in transit between these celestial bodies and locations.

What do the Artemis Accords say?

What Countries are involved in the Artemis accords?

At the time of writing NASA says that 23 countries have signed the Artemis Accords including the U.S., the U.K., Japan, Italy, Canada, and Brazil. On December 13 2022 at the U.S./Africa Space Forum held in Washington D.C., Nigeria and Rwanda became the first African countries to sign the accords.

According to NASA (opens in new tab) as of January 3, 2023, the nations signed up to the Artemis Accords are as follows:

The Artemis mission represents humanity’s next exciting steps in space exploration with an emphasis on diversity. To read how the mission will proceed (opens in new tab) visit the NASA Artemis site. Artemis is in many ways the natural successor to the Apollo program which also carried humanity to the moon. Learn more about the Apollo missions with these resources from NASA (opens in new tab). here.

Robert Lea is a science journalist in the U.K. whose articles have been published in Physics World, New Scientist, Astronomy Magazine, All About Space, Newsweek and ZME Science. He also writes about science communication for Elsevier and the European Journal of Physics. Rob holds a bachelor of science degree in physics and astronomy from the U.K.’s Open University. Follow him on Twitter @sciencef1rst.