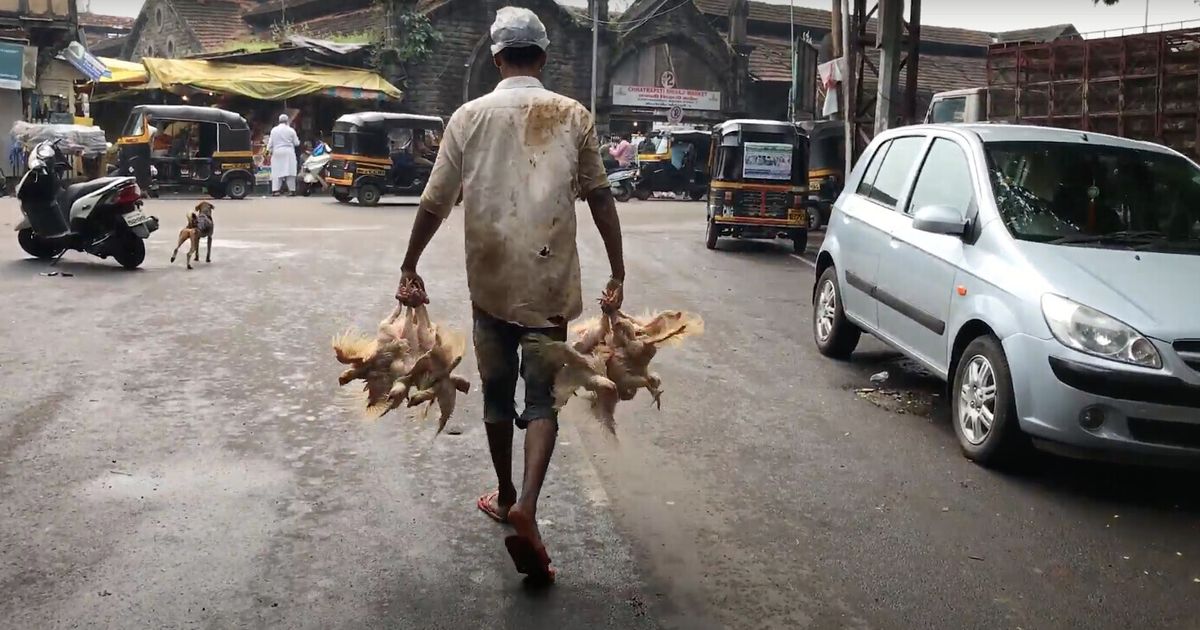 Wet markets still open, a danger to our health and that of animals

(from Chiara Caprio, Head of Communication and Programs of Animal Equality Italia)

More than 9 months have passed since the last images collected in Asian wet markets, and months after the outbreak of the pandemic and the spread of images from China, we at Animal Equality have returned to document how the condition of these “wet markets” remains precarious, dangerous to health and cruel to animals.

Despite a pandemic and all the studies released internationally that demonstrate the danger of these places, the wet markets in Asia continue to operate undisturbed, especially this time in India.

The country, which is one of those most affected by the spread of Covid-19, continues to let the wet markets operate undisturbed, moreover without particular sanitation controls.

This new unpublished investigation was carried out in the wet markets of India, in particular in Pune, Mumbai, Goa, Calcutta and Delhi between July 2020 and July 2021, where we were able to document how animals are transported, sold and killed without protocols about the food safety, animal welfare or the health of the people involved.

The images collected show how animals are transported on endless journeys that last hours, sometimes days, without food or water. Many die while others barely remain alive. But even for animals that arrive alive at the wet markets, the situation is no better.

Live chickens are brutally pulled out in groups and weighed by hanging them upside down, squeezing their lungs and causing intense suffering. They are then crammed into small cages for hours and sometimes even days without food or water.

Many chickens, ducks, goats destined for slaughter on the spot develop various infections and diseases. And one of the most disconcerting elements is that there is no official health inspection conducted on the animals prior to slaughter, following which the animals are thrown into bins where they remain abandoned in agony for several minutes before dying. At that point the meat is prepared for buyers in extremely dirty conditions, without sanitary checks and in poor sanitary conditions.

Precisely that of hygienic conditions is one of the crucial problems, which over the years has already led to the proliferation of so-called zoonotic diseases, those generated in animals and easily transmitted to humans through contact with body fluids and blood.

In fact, animals that are slaughtered alive in wet markets suffer not only from mistreatment and abuse, but also from an immune system weakened by the stress of transport, confinement in cages and unsanitary living conditions. To all this we must add the presence of a large number of buyers trafficking in the markets, creating the perfect breeding ground for zoonotic diseases, which could easily be transmitted to humans given the chilling sanitation conditions.

We at Animal Equality have already delivered over half a million signatures to the United Nations with a request to ban the sale and slaughter of all live animals in wet markets globally, and some UN agencies such as the World Health Organization (WHO ), the World Organization for Animal Health (OIE) and the United Nations Environment Program (UNEP) have jointly called for the worldwide suspension of the sale of live wild mammals in traditional markets around the world due to high risk they represent for the transmission of diseases to humans.

Wet markets are a risk that we cannot afford and are places where animal cruelty is perpetrated without rules and controls. It is time to close these places forever.

this is what changes

El Galaxy Watch 5 Pro.Image: Samsung. Samsung has not only taken the opportunity of its second 2022 Galaxy Unpacked event to reveal the new Galaxy