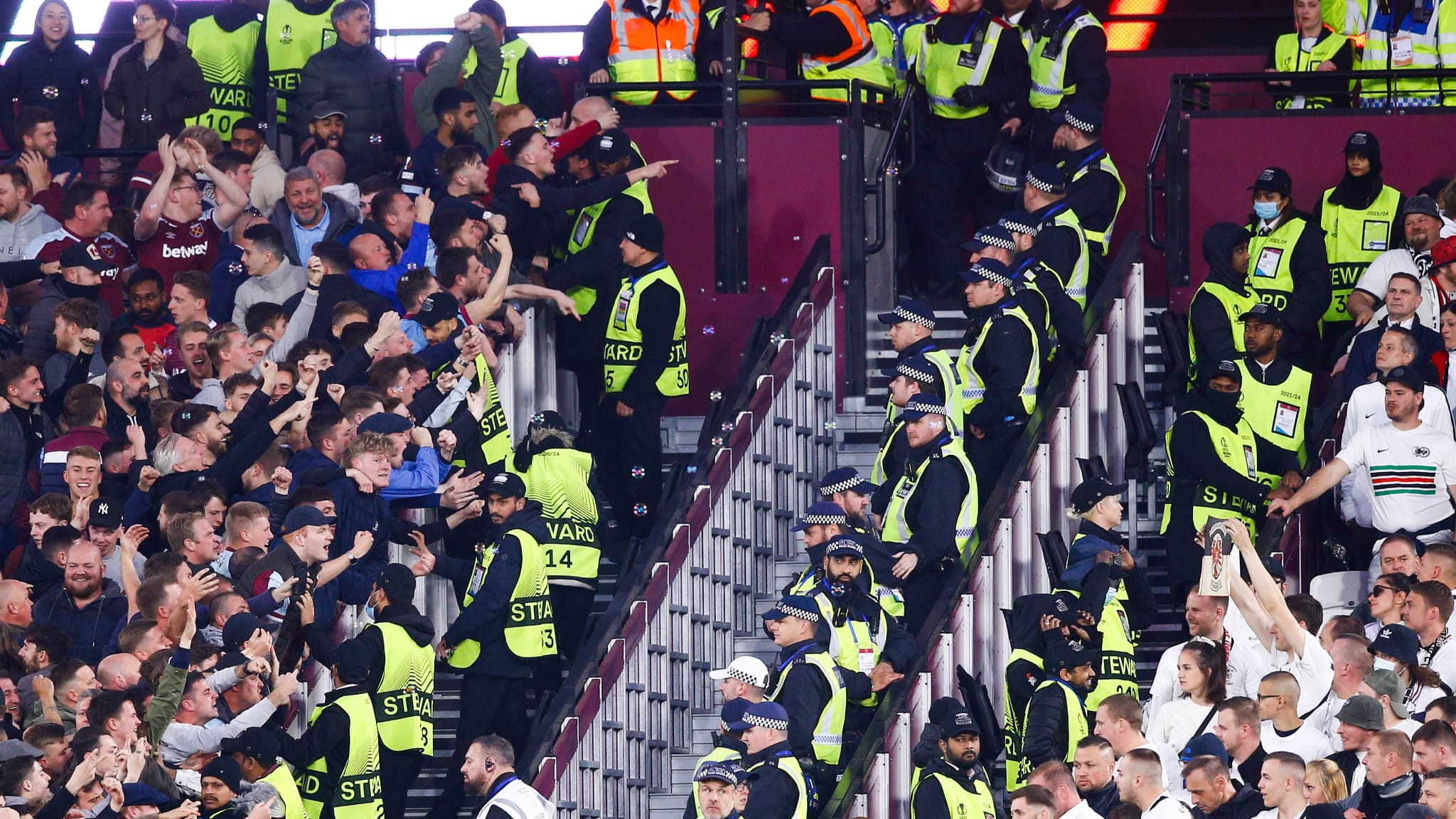 West Ham have identified the two attackers of the German journalists

London club West Ham claims to have identified two people behind the attack on the two ARD journalists during Thursday’s Europa League semi-final against Frankfurt.

It didn’t drag. A few hours after the attack on Philipp Hofmeister and Tim Brockmeier, two journalists covering the West-Ham – Eintracht Frankfurt match for the German radio stations ARD and Hessischer Rundfunk, the English club says it has identified the culprits.

Towards a stadium ban

“As well as continuing our own investigation, in line with our zero-tolerance approach, details of the offenders have also been passed to the police, who will now carry out their own investigation, a Hammers spokesman said. The BBC reports that “If the offenders are found guilty, they will not be permitted to enter the London Stadium, nor travel with the club for an indefinite period. Behavior like this is unacceptable and will not be tolerated at West Ham United.”

The incident between the spectators and the two journalists took place in the wake of Michail Antonio’s equalizer in the 21st minute. The commentating duo were then ushered to another seat in the press box by security and the West Ham press service. “The Eintracht Frankfurt colleagues, who help us with such trips, then informed the West Ham press colleagues. Then we were finally helped and protected until half-time,” the duo confirmed Germanic for Bild.

ARD and Hessischer Rundfunk journalists were reportedly punched in the head and neck while their helmets were ripped off and thrown away. Beaten at home by Frankfurt (2-1), West Ham will try to win the first European final since 2000 next Thursday at the Waldstadion in Frankfurt.