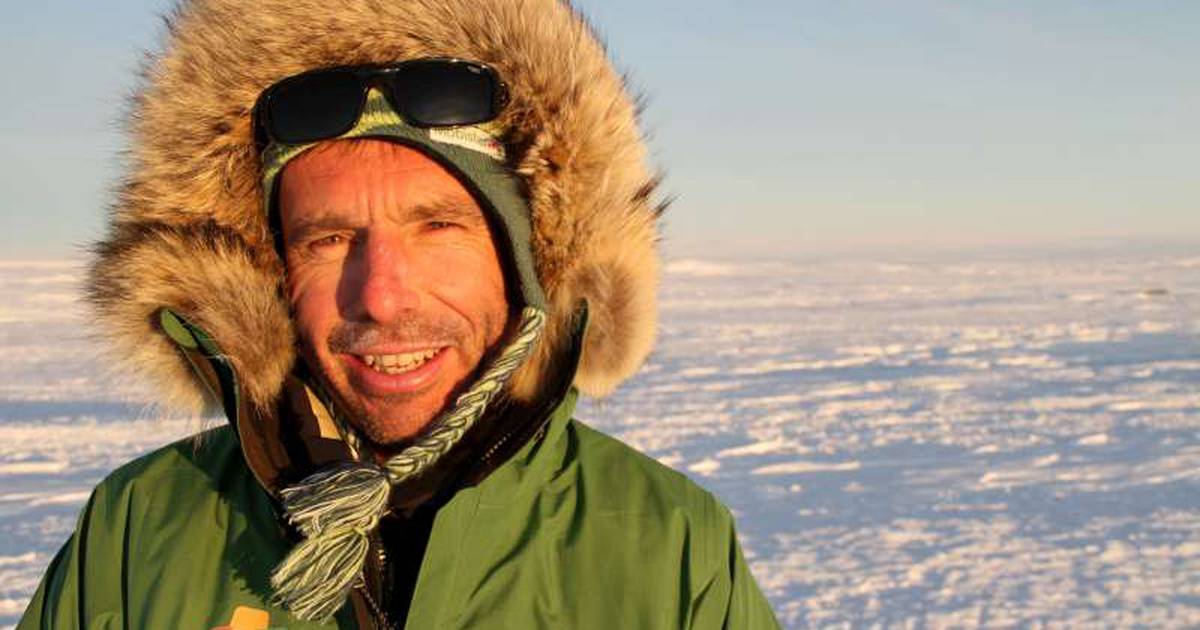 Adventurer Dixie Dansercoer (58) died during an expedition in Greenland. The Belgian died last night after falling into a glacier gorge. “It is comforting that he died in an environment that he literally lost his heart to,” says Stefan Maes, good friend and colleague of the polar explorer. It appears that his body will not be recovered.


Dirk ‘Dixie’ Dansercoer became known among our southern neighbors for his adventurous trips to the North and South Poles. Last month, the 58-year-old Belgian headed north again, this time for an expedition in Greenland. He started the mission three weeks ago in the company of Canadian Sébastien Audy, Unlimited Expeditions, the company for which Dansercoer worked as a guide, confirms. VTM News.

Dansercoer led the extreme tour. When the accident happened around 8:30 p.m. last night, he and Audy were on their way to a safe place to pitch the tent in the sled. “Dixie led the way and at one point fell through the ice in a glacier gorge,” says good friend Maes. “The rescue helicopters arrived on the scene after 3.5 hours, relatively quickly given the circumstances. Every effort was made to descend into the canyon, but it was incredibly deep and there was no visual contact with the body.”

After six hours of trying, the search was eventually called off, because it also became too dangerous for the rescuers. Today there is no further search. “The chance that someone will survive such an accident is unlikely. The circumstances do not allow us to look any further,” said Maes. Audy was unharmed but in shock. He was brought to safety.

The duo were en route from Narsarsuaq in the south to Qaanaaq in the north when the accident happened. The adventurers were about halfway through and still had over 1000 kilometers to travel to their destination. The two traveled on a snow kite. With their mission, the polar explorers wanted to draw attention to global warming. During their journey, they took two or three samples of the ice in Greenland every day for research at the University of Copenhagen and the Niels Bohr Institute. Sporting challenges in an extreme environment were also central during the mission.

The expedition consisted of three parts. After the trip to Greenland, the duo would travel to the North Pole and Antarctica. The men kept a blog and shared photos of their trip on Instagram. The last report on the Polar Experience website dates from yesterday. Images shared on social media at the time show that the weather conditions were excellent before disaster struck.

Dansercoer was a highly experienced polar explorer with over 28 years of experience. In 1997-1998 he traveled to the South Pole with Alain Hubert. They covered 3,924 kilometers in 99 days, completely autonomously and on foot.

Maes, who accompanied Dansercoer on expeditions to Greenland and Antarctica, remembers his colleague as someone who prepared everything down to the last detail. “It was reassuring to go on an expedition with him, he was known for his eye for detail when it came to safety precautions. But ice sheets are of course not always solid because they are subject to temperature fluctuations, so that the ice is no longer so thick. But should there have been any indications that the situation was unsafe, Dixie would be the first to make a safe detour.”

“It is comforting that he died in an environment to which he literally gave his heart and where he liked to go,” Maes continues. “Dixie was also able to enthuse people and draw them into his story. He was not the man of the ‘big challenges’, but wanted to push boundaries, taking into account people’s possibilities and what was realistic. He has set a nice track record in that area.”

Dansercoer saw the light of day in Nieuwpoort (West Flanders) in 1962. He leaves behind a wife and four children.