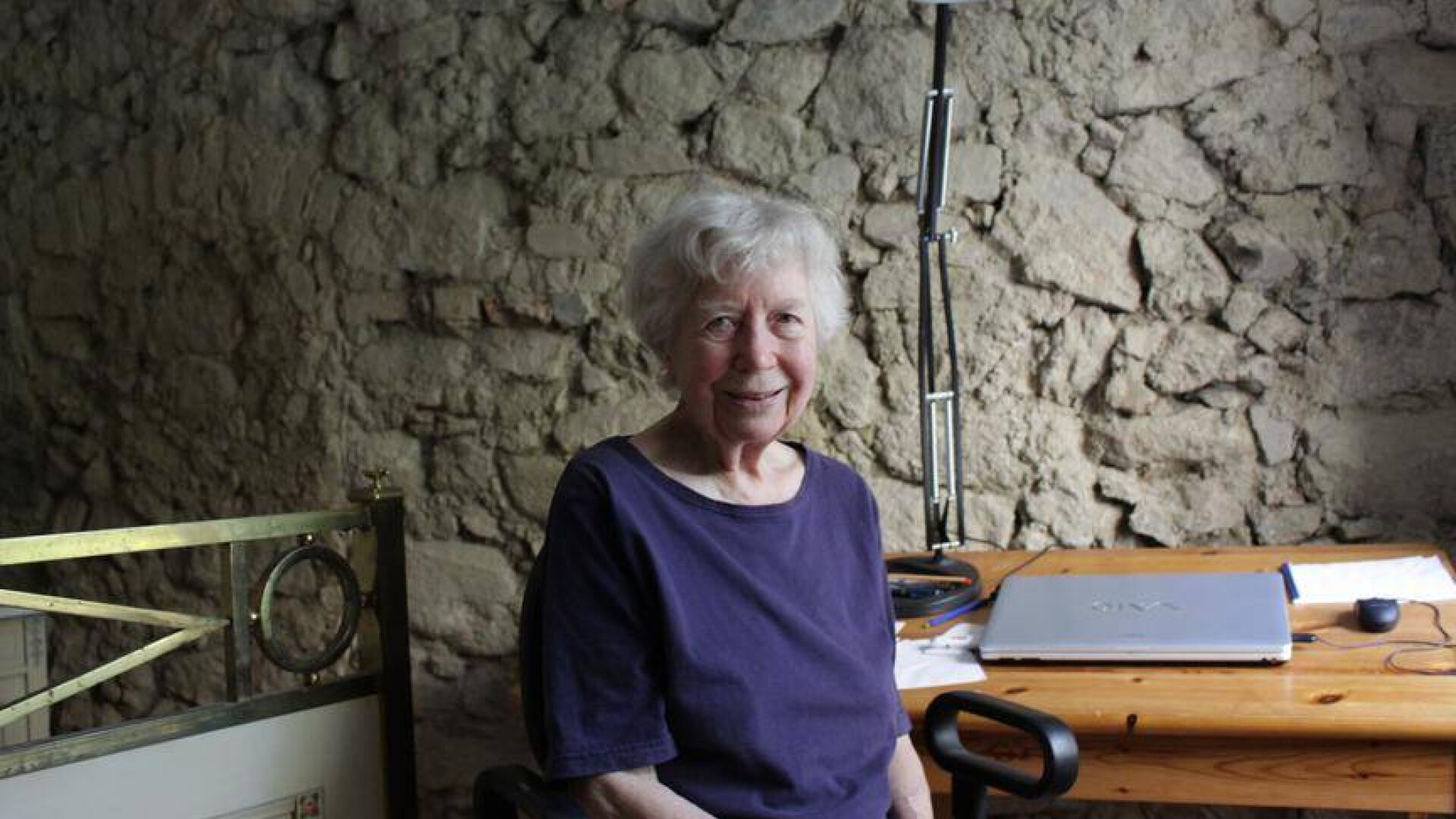 For decades, the well-known author Lotte Ingrisch has dealt with the subject of “death” and written about it, as she emphasized in a NÖN interview, “to take away people’s fear of it”. The Weittraerin by choice died on July 25 – five days after her 92nd birthday.

With her husband, the composer Gottfried von Einem, Lotte Ingrisch lived for 25 years in an old lumberjack’s cottage in Rindlberg in the municipality of Bad Großpertholz, with a few goats and sheep. “The Waldviertel has become very dear to me,” said the writer, whose father came from the Waldviertel and ran an inn in the village of Abbrand, one kilometer beyond what is now the Czech border. Ingrisch also went to the Franciscan convent school in Zwettl. But she had to leave this. “Because I didn’t want to go to communion,” she told NÖN.

Since 2008, Ingrisch has been living in a house near the Weitraer Kirchenplatz during the summer months and was always present in her beloved secondary residence, attending readings, concerts and theater performances. “We were very proud that such an extraordinary writer lived with us in Weitra. She was always to be found at cultural events. With her cordial nature, every encounter was a special experience,” says Mayor Patrick Layr on the death of Lotte Ingrisch.

Provincial Governor Johanna Mikl-Leitner is also concerned that the country mourns the loss of “an extraordinary figure of integration in the Austrian music and cultural scene. Lotte Ingrisch was a personality with a great artistic urge to create, who significantly shaped the Austrian cultural landscape. Her interest in people and her engagement with a wide range of sciences always flowed into her creative work,” she says of Ingrisch, who had a special relationship to her adopted country: she carried the state of Lower Austria in her heart, “together with her husband found a home here”.

Born Charlotte Gruber in 1930, Lotte Ingrisch was successful with numerous novels, comedies, magic antics, radio plays, television plays, libretti and non-fiction books. From 1966 until his death in 1996 she was married to Gottfried von Einem. In addition to the apartment in the Hofburg, the two lived for many years in Rindlberg, but also in Weikertschlag (Waidhofen district) or in Oberdürnbach (Maissau municipality). She triggered a theater scandal with her libretto for Einem’s mystery opera “Jesu’s Wedding”.

After the death of her husband, she donated her house in Oberdürnbach to the municipality of Maissau as the “Gottfried von Einem Museum”. In 2002, the writer received the Austrian Cross of Honor for Science and Art, First Class, four years later the Gold Medal for Services to the Province of Lower Austria. Manfred Schmid, President of the International Gottfried von Einem and Lotte Ingrisch Society, told the Austria Press Agency (APA) that Lotte Ingrisch had died as a result of a fall in the Donaustadt Clinic.