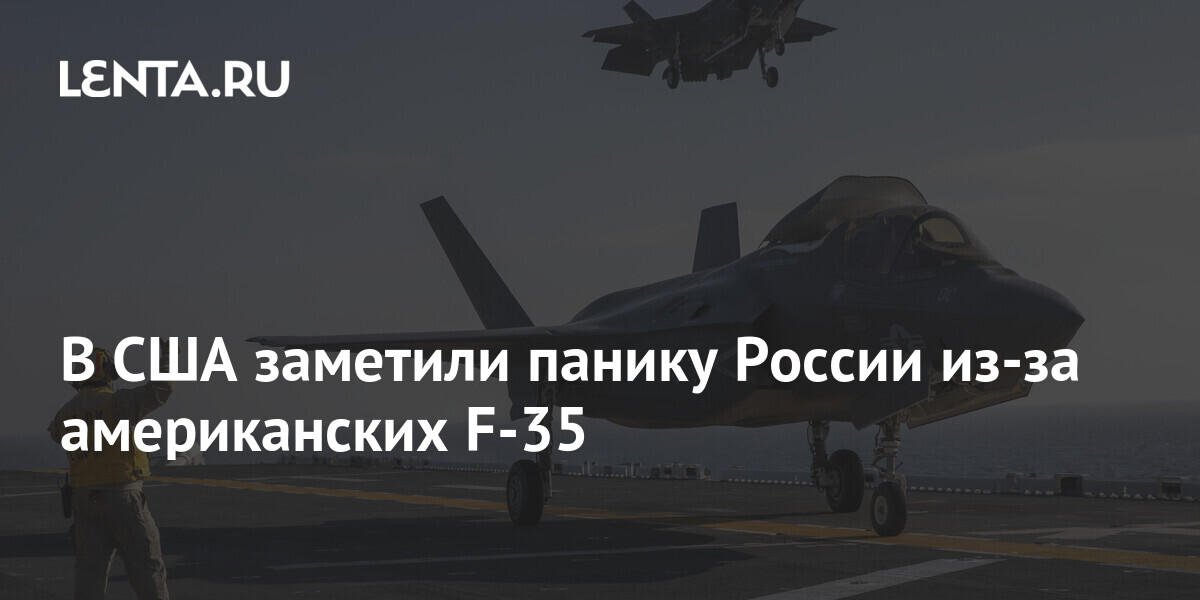 Russia is in a panic over the fifth generation F-35 Lightning II fighters arriving in Europe from the United States against the backdrop of the situation with Ukraine, notes 19FortyFive.

“As tensions with Russia over Ukraine continue to heat up, the first American F-35 stealth fighters have arrived in Europe,” the publication said.

“By 2035, there will be more than 500 F-35s in Europe alone, the vast majority of which are in the hands of NATO pilots, which will affect Russia,” writes 19FortyFive.

In December, the United States Air Force (Air Force) permanently deployed its fifth generation F-35A Lightning II fighters in Europe for the first time. The first four aircraft arrived at Lakenheath AFB (England) of the Royal Air Force. In total, the facility is expected to permanently deploy 24 F-35A Lightning II units from the 495th tactical fighter squadron of the US Air Force Command in Europe and Africa. In the future, 24 of the same aircraft will receive the 493rd squadron located in the same place. An additional six F-35A Lightning II fighters will be in reserve.