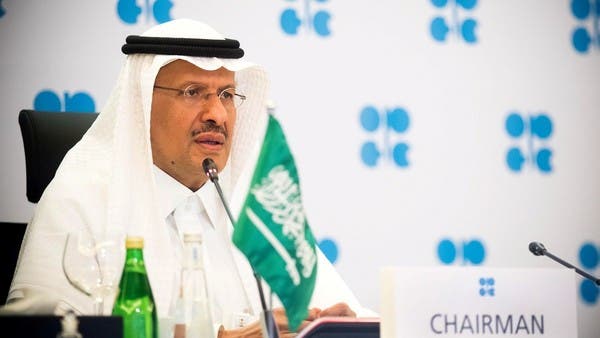 Saudi Energy Minister Prince Abdulaziz bin Salman confirmed, in a press conference at the conclusion of the OPEC + meeting today, Sunday, work to end the levels of reduction in oil production in force at 5.8 million barrels per day by the end of September 2022, “if oil market conditions allow.”

Prince Abdulaziz bin Salman indicated that he had received a letter from the Russian Deputy Prime Minister, Alexander Novak, confirming Russia’s support for the decision of the OPEC + group, which announced at the conclusion of its meeting on Sunday, the extension of the oil production agreement until the end of 2022 instead of next April.

He also stressed that the Kingdom shares the same vision with the UAE in the field of energy, noting that the two countries are working together in the fields of renewable energy and the carbon cycle.

Prince Abdulaziz said that the base level for Nigeria and Algeria may also be adjusted. He added that OPEC+ will adjust its policy if Iranian oil returns to the market.

The group also approved an increase in production by 400,000 barrels per day every month, starting from next August.

According to a statement by the OPEC + alliance, commitment to the production agreement among member states reached 113% during the month of June.

During the meeting, it was decided to raise the baseline for OPEC + production from 43.8 to 45.5 million barrels per day, starting from May 2022.

The OPEC + meeting started today, after the failure of previous negotiations that took place at the beginning of July.

During today’s meeting, it was agreed on a gradual increase in production, starting in August, with raising the production baseline for Saudi Arabia and Russia by 500,000 barrels each from the level of 11 to 11.5 million barrels per day as of May 2022.

There was little change in oil prices on Friday, and it ended the week lower, as it was weakened in volatile trading due to expectations of supply growth at a time when an increase in Corona virus infections may lead to imposing restrictions on public isolation and a decline in demand.

US retail sales unexpectedly rose in June as demand for goods remained strong even as spending shifted back to services, bolstering expectations that economic growth accelerated in the second quarter.

With oil prices mostly rising over the past several months, the number of oil rigs operating in the United States continued its slow increase, adding two rigs this week and bringing the number of rigs to 380, the highest since April 2020, according to energy services company Baker Hughes.

US crude production increased by 300,000 barrels per day over the past two weeks, rising to 11.4 million barrels per day in the week ending July 9, the highest level since May 2020, according to federal data.

OPEC+, which includes the Organization of the Petroleum Exporting Countries (OPEC), Russia and other producers, had earlier failed to agree.

On Thursday, OPEC said it expects global oil demand to increase next year to nearly pre-pandemic levels of about 100 million barrels per day, led by demand growth in the United States, China and India.