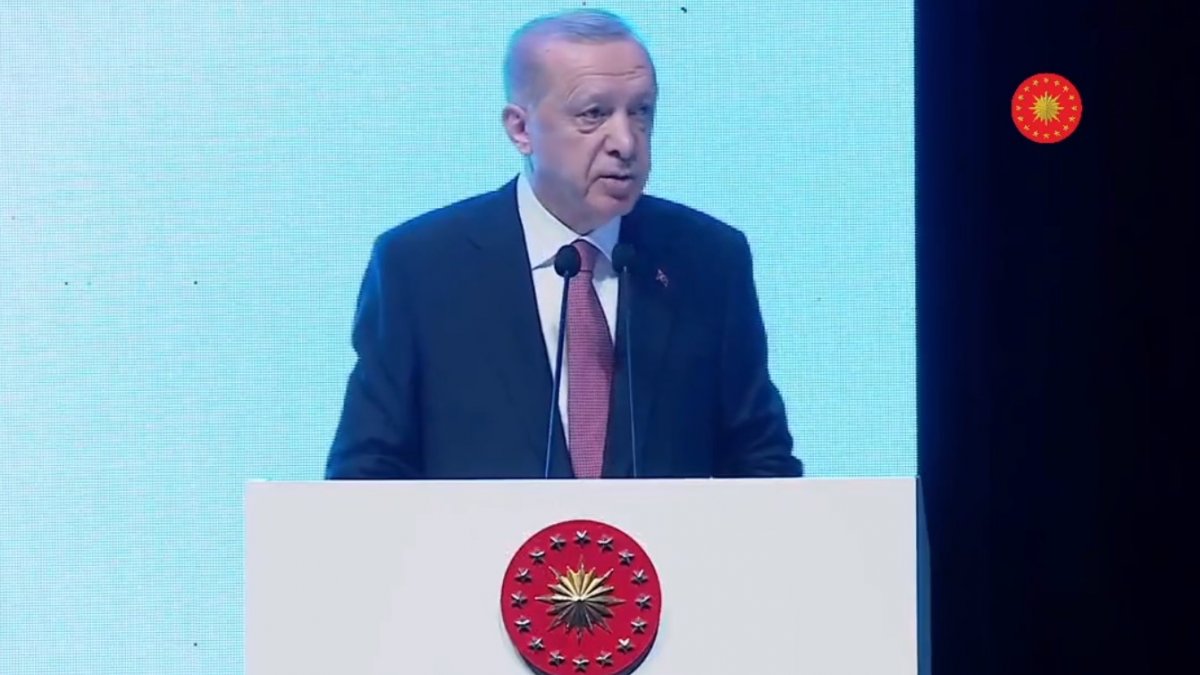 We will continue to trace our ancestors.

Citing Mimar Sinan and Büyük Çamlıca mosques as examples, President Erdoğan said that they made these works in the footsteps of their ancestors and that they will continue to follow this path.

The manuscript of the Qur’an, which was prepared as a result of 7 years of studies in Turkey and reviving the 1400-year-old mushaf tradition, was introduced at a ceremony held in Çamlıca Mosque.

Beginning his speech by thanking Hüseyin Kutlu, who won the work, President Erdoğan brought the word to Islamophobia, citing the Mimar Sinan and Büyük Çamlıca Mosques as an example, and said that they would continue to follow this path in the footsteps of their ancestors.

“We can’t hold back just because someone is offended”

We, as the generation of this ancestor, said that we need to take steps in this direction, and we have taken these steps and we will continue to do so. Someone may be offended. But we can’t stop following that trail just because they’re bothered.” said.

President Erdoğan: We will continue to build mosques VIDEO

“Everyone has the right to use the internet and social media”

Expressing that the last few centuries of the world were marked by the USA and Europe-centered Western civilization, President Erdoğan continued as follows:

“Of course, this process has dimensions ranging from slavery to massacre, from exploitation to abuse. But Western civilization has invaded the world with its real art, culture, cinema, TV series, music, painting, sports, that is, with its modern form, with the production of content called soft power elements. It is everyone’s right to use the internet, social media and similar applications, it provides convenience to everyone.

If you do not produce the content of this technology and do not manage its language and messages, what you see as a right and convenience soon turns into a weapon that voluntarily enslaves you. The world has once again turned into a place where racism, discrimination and hostility towards Islam have increased. We will not say ‘goodbye’ to those who mean our lives and attack our dignity. We will continue our struggle by developing our state and fortifying our political and social knowledge. As we completed the infrastructure deficiencies in our country, we started to give our energy to this field.”