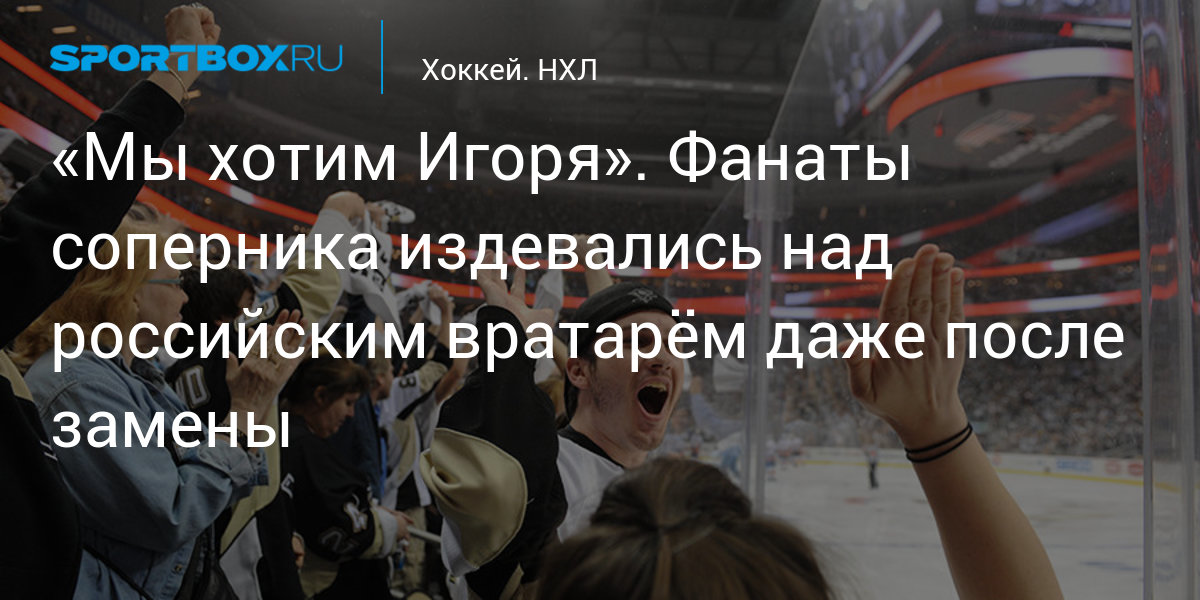 “We want Igor.” Opponent fans mocked the Russian goalkeeper even after the replacement

Shesterkin had a terrible match, conceding five goals in 20 minutes. Pittsburgh fans managed to get into Igor’s head.

Many players, in order to earn the love of fans, like to repeat in interviews: “Fans are a serious force, they are another player on the field.” The Pittsburgh-Rangers series showed that this is not a hackneyed phrase from hockey players, but reality.

Fans of the “penguins” chanted the name of Igor Shesterkin after each goal and, it seems, climbed into his head, breaking the keeper psychologically.

Igor missed six goals in 40 minutes and spent the worst period in his overseas career.

Shesterkin himself is to blame

The fans and players of the Penguins have a reason to dislike Shesterkin. Almost a month ago, Igor dried out Pittsburgh by playing a perfect match. And after the meeting, he showed a caustic gesture towards the Penguins hockey players.

In addition, Evgeni Malkin’s team has lost its main goalkeeper and is forced to play the playoffs with the inexperienced Louis Domingue, who has only two matches in the past regular season. Pittsburgh fans are jealous of the Rangers, because the Blueshirts have a goaltender who is the main contender for the Vezina Trophy.

Therefore, Penguins fans consider it their duty to get under Shesterkin’s skin and do everything possible to make the keeper feel uncomfortable at away games. And it seems that they succeeded – in two matches at the Pittsburgh stadium, Shesterkin missed 10 goals and was twice replaced by Alexander Georgiev. And in the fourth meeting of the series, the fans continued to mock Igor, even when he left the site. 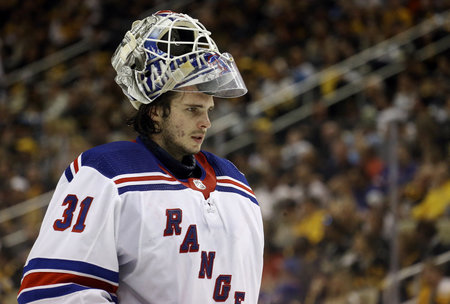 The worst period in Shesterkin’s career

For the Rangers, the match started well – Alexis Lafrenier scored in the third minute. Fans of the Blueshirts rejoiced not only at the abandoned puck, but also at the fact that Lafrenier became its author. The young Canadian is the first pick in the draft and has yet to reach his full potential. Therefore, Lafrenier’s goals are always warm to the hearts of Rangers fans.

Before the New Yorkers had time to rejoice, in the middle of the period, Pittsburgh captain Sidney Crosby equalized the score.

The teams exchanged goals and calmly went to the break, thinking how to surprise the opponent in the remaining time. Pittsburgh was more successful in this regard. And in the second period, the Penguins defeated the Rangers, scoring five goals at Shesterkin’s goal.

At the same time, the Penguins did not accelerate for a long time – already at the start of the second 20-minute period, Igor twice took the puck out of the goal. Feeling confident in their team, Pittsburgh fans began to mock the opponent’s goalkeeper, chanting Shesterkin’s name. At the same time, with each puck of the “penguins”, the chants in the direction of the Russian became louder.

Igor’s teammates were not very eager to help the goalkeeper. The “Penguins” tore through the defense of the “Blueshirts” as best they could. And in the remainder of the second period, Pittsburgh scored three more times. And after the sixth puck by Jeff Carter, the Penguins fans exploded and shouted “Igor” as loudly as they could.

The Rangers also managed to throw the goalkeeper, who spent the entire season in the AHL. But Adam Fox’s goal was lost in the Penguins’ bombardment.

After six missed goals, any goalkeeper will swim, and in the final 20-minutes, Alexander Georgiev, as expected, appeared at the gate. And Shesterkin with a sad look continued to watch hockey from the bench. However, the Pittsburgh fans didn’t think it was enough that their team was crushing the opponent, and the Vezina contender was in a terrible mood. After the goaltender’s castling of the Rangers, the Penguins fans began to chant “We want Igor”, which finally finished off the Russian.

Georgiev, although he did not miss so much, still could not dry the “penguins” that had gained momentum. And in the middle of the final period, Alexander missed after throwing Evgeni Malkin. The Penguins forward not only put an end to the match, but also broke a serious record – Malkin beat Sergey Fedorov on points in the playoffs among Russians and now single-handedly occupies the first line in this indicator.

As a result, Pittsburgh defeated the Rangers – 7: 2. Now the Penguins are just one step away from reaching the second round. Shesterkin also received a sensitive blow from a trip to Pittsburgh, and returning home for him will be the most long-awaited of all time. Indeed, on the home arena of the Blueshirts, the Penguins’ fans will be in the minority.

And before the most important game of the season, the head coach of the Rangers encouraged Shesterkin.

We know he’ll be back to normal. I expect that he will still show a special game. For me, this is a one-time failure. This happens. And again, no one blames him,” Gerard Gallan said about Shesterkin.

Also, Gallan did not create intrigue around the choice of the main goalkeeper for the fifth match of the series, simultaneously calling Shesterkin the best keeper in the league.

“He’ll be back on the ice ready to win on Wednesday,” Gallan said.

I would like to believe that the behavior of the fans and a large number of missed goals will not break Shesterkin. And for the fifth match, Igor will come out with extreme motivation.