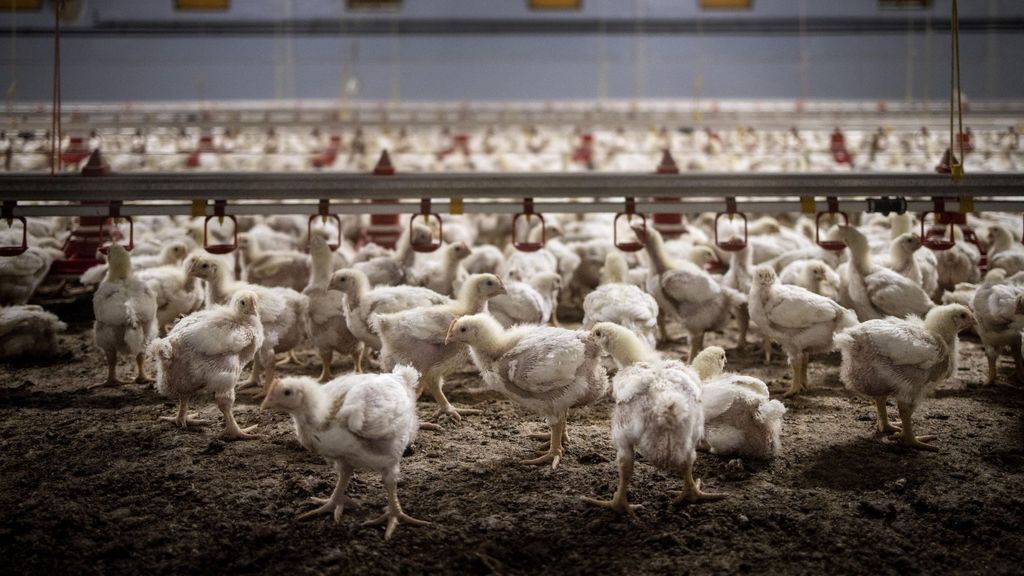 We let the virus slip through our hands. Five questions about bird flu

The new bird flu season is just around the corner, while the previous outbreak is still ongoing. More than 626,000 animals were killed this month alone. Yesterday, a poultry farm in Drenthe experienced the largest cull since the first outbreak of the current season, almost a year ago.

The bird flu season has never lasted this long and the number of outbreaks continues to increase, worrying biologists and virologists. They fear that the virus may never go away. Five questions and answers about bird flu.

In the Netherlands, we have been dealing with bird flu for almost twenty years, but never before has the virus also occurred in the summer. “The outbreak since last autumn is the largest ever in Europe,” says virologist Thijs Kuiken of Erasmus MC, who specializes in bird flu. “More than 4 million birds have already been killed in the Netherlands.” Since October last year, the poultry has been culled on around 120 farms.

Bird flu occurs naturally in wild birds, but they can be infected without becoming ill. In poultry, the virus can mutate into a pathogenic variant. If an infected feather or a small amount of infected manure ends up in a barn, the disease can spread very quickly and thousands of animals can die. Because of this risk of contamination, all poultry on an infected farm are culled.

2. Why does bird flu last longer than usual?

“The special thing about the current bird flu is that the pathogenic virus was transferred from poultry to wild birds, so that they spread it over a great distance,” says Kuiken. Migratory birds usually bring the bird flu virus to the Netherlands in October. In April they leave for the east again, so that the virus disappears again. Wild birds in the Netherlands are now also infected that stay here in the summer.

As a result, we had to deal with outbreaks this past summer. “We let the virus slip through our fingers when it moved from poultry to wild birds,” says the virologist. “The pathogenic variant is not native to nature, which was created by intensive poultry farming. And you can’t control wild birds.”

See also  Coaching, mental health and privilege in sport: the issues discussed after the pandemic in Mexico

Bird flu started 25 years ago in geese and ducks on farms in China. Then it moved on to wild birds, and they spread it all over the world. In 2003, the Netherlands had to deal with a huge outbreak of bird flu. That year, 30 million chickens and other poultry were culled.

3. What can we do against bird flu?

A first step is the obligation to house poultry to prevent rapid spread. In the short term, measures such as a vaccine and an annual check in stables can offer a solution, says Kuiken. Vaccines are not used in Europe and the United States. This is already happening in South America and Asia.

The poultry sector is divided over the use of vaccines. A disadvantage for companies is that products from vaccinated poultry may not be exported abroad according to European rules. At least two thirds of Dutch poultry go abroad.

In the long term, companies should not be located in areas with many waterfowl, says a zoonosis expert group. “The companies are also too close to each other, like in the Gelderse Valley,” says Kuiken, who is part of the expert group. “It makes it easy to jump over.”

4. How dangerous is bird flu for other animals and humans?

In addition to wild birds and poultry, other animal species can also become infected. This year, for example, infected foxes and otters were found in the Netherlands. There are also known cases of seals abroad, which can also transmit the virus to each other.

The virus is not harmless to humans. In the Netherlands, a veterinarian became infected during the outbreak in 2003 and died. In China, many more people have died from a variant of bird flu in the past. For now, we don’t have to worry much about the current virus, says the virologist. “But if the virus mutates and people can infect each other, then the risk becomes very high.”

As long as there is intensive poultry farming, we will not get rid of bird flu, says Kuiken. “Only if we completely adapt the poultry operating system, we can ban it in the long run”. In all likelihood we will have to deal with infections again next summer. “The sick virus has established itself here and for now it will stay here.”