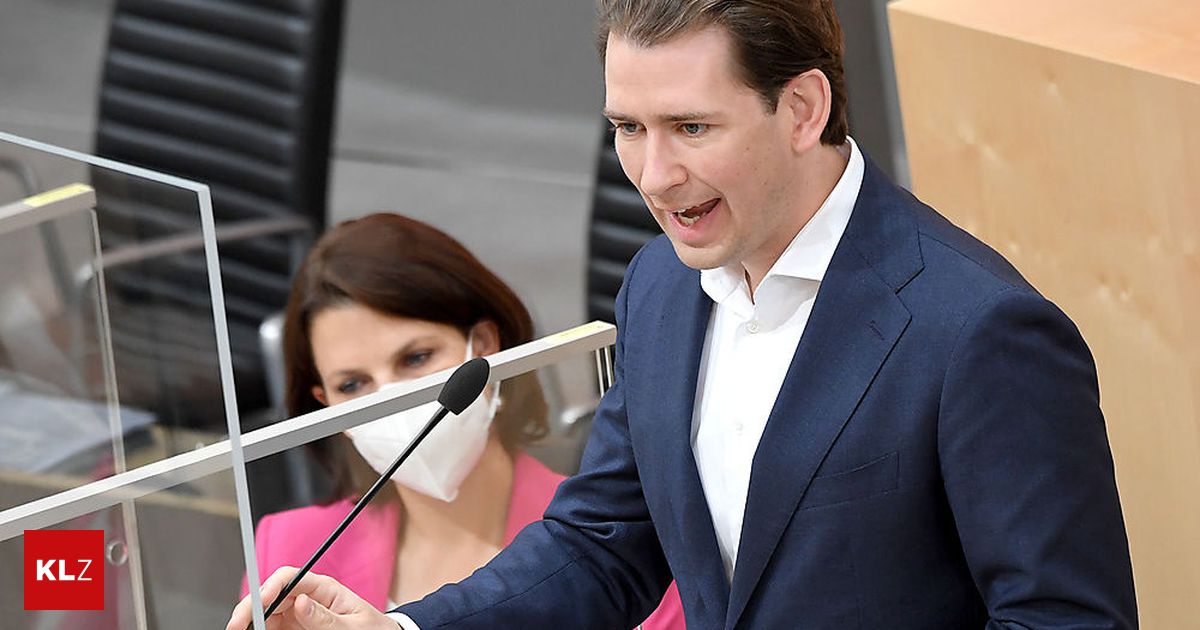 Parliament started its session today with a “Europe Declaration” – for the first time again with an audience. The (failed) ministerial charges are also an issue.

The National Council starts its penultimate plenary week before summer with a wide range of topics.

The session was opened with a “current hour”, which the ÖVP had under the motto “Safe hospitality: the comeback of Austrian tourism” had asked. Tourismusministerin Elisabeth Köstinger (ÖVP) was happy about Austria’s handling of the corona pandemic and the “Green Pass”, which the opposition saw quite differently.

In the “Current European hour” said the FPÖ in person Petra Steger not only against the debt union, but also warned against a restriction of cash, which brought the freedom the accusation of the Green mandate Michel Reimon, the “Black Money Mafia” to want to protect: “You are still the oligarch party.” The foreign policy spokesman for the ÖVP, Reinhold Lopatka, rejected the fact that the EU was a threat to civil liberties. On the contrary, liberal sister parties like those in Poland endangered freedom.

Here you can see the National Council meeting in the livestream:

In turn, the promoted European social standards such as a minimum wage Deputy club boss of the SPÖ Jörg Leichtfried. Neos-EU-Mandatarin Claudia Gamon told the FPÖ who believed that Austria would have come out of the corona crisis better without the EU, lived on the moon, and told the ÖVP to think small itself at the European level. Chancellor Sebastian Kurz (ÖVP) concentrated on describing Austria’s successful way out of the crisis and assuring the population: “We can confidently say that we have the worst behind us.”

Before the actual program could begin, there was a so-called one Objection debate to survive. Because, unusually, the parties had not been able to agree on an agenda together.

Reason: Above all, the SPÖ and the Freedom Party wanted to get over the failed committee right from the start Ministerial charge against Finance Minister Gernot Blümel (ÖVP) talk. The coalition, on the other hand, had Europe declarations scheduled, which were to take place before that. They argued about it for three quarters of an hour. The program was no longer changed, but the opposition had put the issue of Blümel on the agenda for a supposedly better TV time via the back door objection debate.