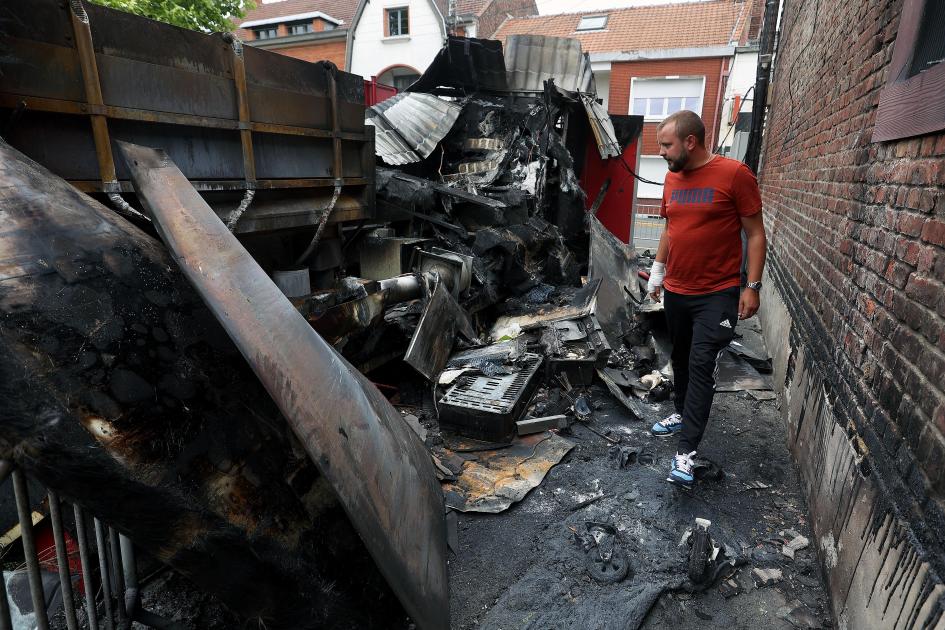 It is a historic chip shop that went up in smoke this Saturday morning. A criminal act unfortunately.

The still smoking ruins of La P’tite Bouffe surprise the many people who cross the square of this town in northern France. It must be said that the establishment was known and recognized by all. Today, it is nothing more than a tangle of burnt sheet metal, turned over scrap metal, tools consumed, as reported by the Voix du Nord.

Saturday morning, a person set fire to the garbage cans, causing a fire that completely destroyed the chip shop. “It’s just sickening, what do you want. We had just stopped on Tuesday to take a vacation, ”says Maxime Planecki, the manager, to our colleagues. A criminal act that surprises the family that runs this historic establishment. “Everyone knows each other in Dourges, there is no problem with anyone, on the contrary, people like us. »

The reactions bear witness to this. “I’ve been coming here all the time for years. I have always known this chip shop. What a misfortune, ”says a passerby.

The business belongs to Maxime Planecki’s mother. A family business from the start. Ten years ago, a fryer fire – accidental this one – had occurred. Everything had been rebuilt.

This new fire now casts doubt on the future of the chip shop. “We don’t know how we’re going to do it,” adds Maxime’s companion. “Our two employees will be unemployed. The chip shop supported our family and theirs “The appointments with the insurance, the police station (a complaint will be filed on Monday) and other experts are planned. Long weeks of closing too.

Despite the ordeal, the Planecki can count on the solidarity of the inhabitants. A Leetchi kitty (Friterie dourgeoises Max) has been put online. “It’s not going to completely erase the pain but it’s true that it’s nice. We have a lot of friends,” concludes Maxime.