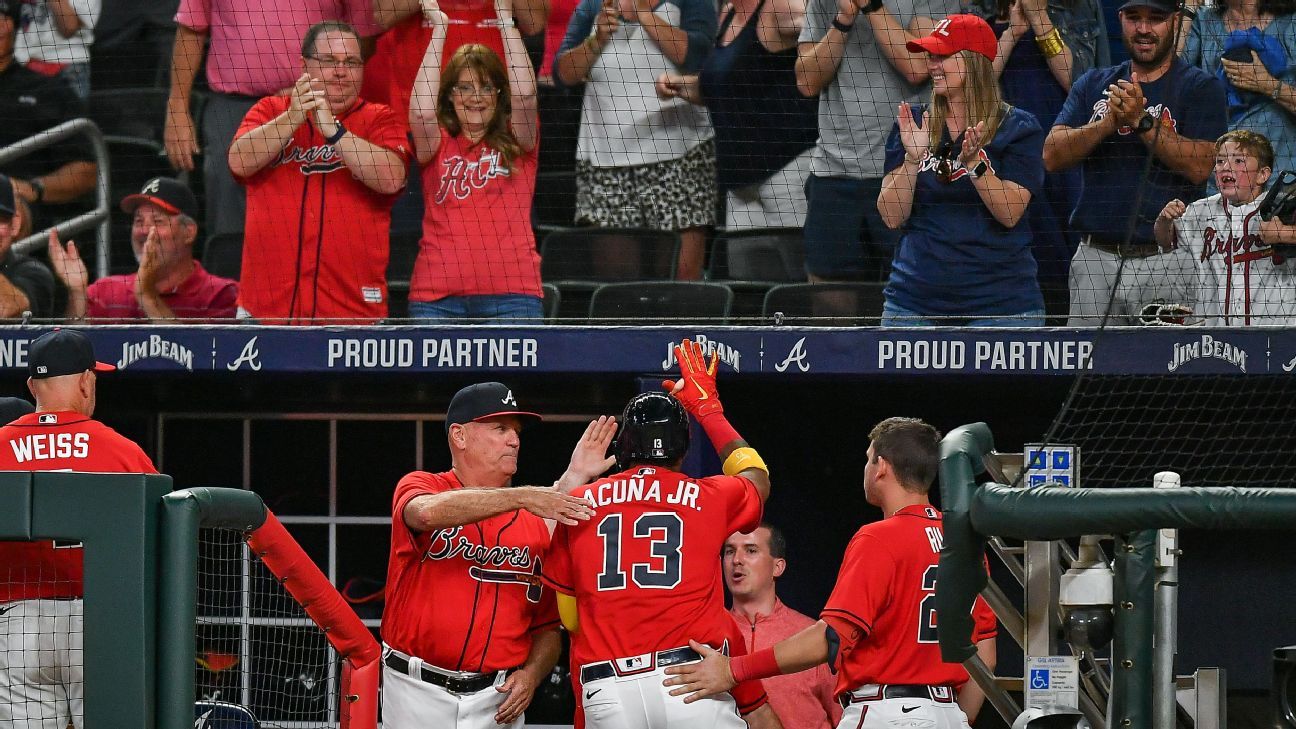 When his team lost the first two games of a series against the Arizona Diamondbacks to close out May, the Braves had fallen four games under .500, and Snitker decided something had to be done.

“I was tossing and turning, not sleeping,” he recalled. “Then I started taking some notes in my hotel room and I needed to be in front of them. We weren’t ourselves.

“I was getting text messages, ‘Are you going to blow up on these guys?’ No. The players don’t respond to that.”

So Snitker consulted with his bench coach, Walt Weiss, and decided they had to act now, calling a closed-door meeting in the visitors’ clubhouse as his players entered Phoenix’s Chase Field facing a possible sweep.

“Snit is not going to stand in front of a club and rant and rave,” Weiss said. “It was a very simple message.”

The message: relax. The consequences: 14 wins in a row.

By the time the Braves finally lost for the first time this month on Friday, they had trimmed the Mets’ lead in the NL East from 10½ games to 5½. They had gone from 4½ games out of a wild card spot to possessing the fourth-best record in the National League.

“One event doesn’t make 14 wins happen,” new Braves first baseman Matt Olson said. “But it was nice to hear Snit get up there and tell everybody to chill out a little bit. We weren’t playing great baseball as far as the whole package goes, so it was just a ‘take a deep breath’ kind of meeting.”

Some of this seemed familiar enough: The Braves got off to a similar slow start a season ago and eventually won a championship, becoming the first team to reach the World Series after not having a winning record until Aug. 6, according to Elias Sports. Bureau.

In fact, Snitker reckons winning that 2021 title might have had something to do with the slow start. A season that stretched into November, followed by a winter of appearances and ad campaigns and more time commitments that come along with being champions, not to mention a work stoppage that lasted into March, could have weighed on the players. Baseball hasn’t crowned back-to-back champions in more than two decades, and the Braves’ slow start only amplified talk of a World Series hangover.

“It takes about a month for you to feel normal. It takes a lot,” Snitker said. “I don’t know if hangover is the right word. The effort was there, but there is an effect of a long, deep playoff run.”

Added third baseman Austin Riley: “I don’t know about hangovers. We put too much pressure on ourselves to do too much. Stuff that was a little out of our hands.”

The Braves’ resurgence has come on both sides of the ball. As of June 1, Atlanta’s team OPS of .870 ranks third in the majors and only the Yankees have more home runs than the Braves’ 39. Meanwhile, the pitching staff’s 3.61 ERA is seventh in baseball during that stretch. Getting that kind of contribution will be even more crucial as the schedule ramps up with series against the San Francisco Giants and Los Angeles Dodgers this week.

In the offseason, Snitker studied the physical toll and mental pressure that trying to repeat on a team can take. He took notes from one team that did win back-to-back titles: the 1992-93 Toronto Blue Jays.

“You’re not going to carbon copy this.”

From the start of the winter, it was clear to the Braves that they weren’t going to try: A combination of offseason moves finally caused the team to say goodbye to Freddie Freeman and say hello to Olson.

Snitker’s locker room call came June 1, after the Braves lost Game 2 of the series to the Diamondbacks in extra innings the night before. From there, it was a total change. First, the team won the series finale against the Diamondbacks. Then came sweeps of the Rockies, A’s, Pirates and Nationals. Sixteen days later, Atlanta finally lost, losing two of three to the Cubs over the weekend.

“We’ve hit a rhythm,” outfielder Adam Duvall said. “Everyone is doing their job. Everyone is contributing… Sometimes it’s good to get together and make sure everyone is working in the same direction.”

“There are only certain things you can control,” said rookie Spencer Strider. “When you bring attention to things, you make them a priority. There was no panic or great urgency to change the way we were working.”

It is impossible to say how much of that streak reallyIt had to do with the message Snitker gave his team three weeks ago, but at least he’s sleeping better at night.

“It’s probably more about me than them,” Snitker said with a smile. “I felt like I needed to get it off my chest.”