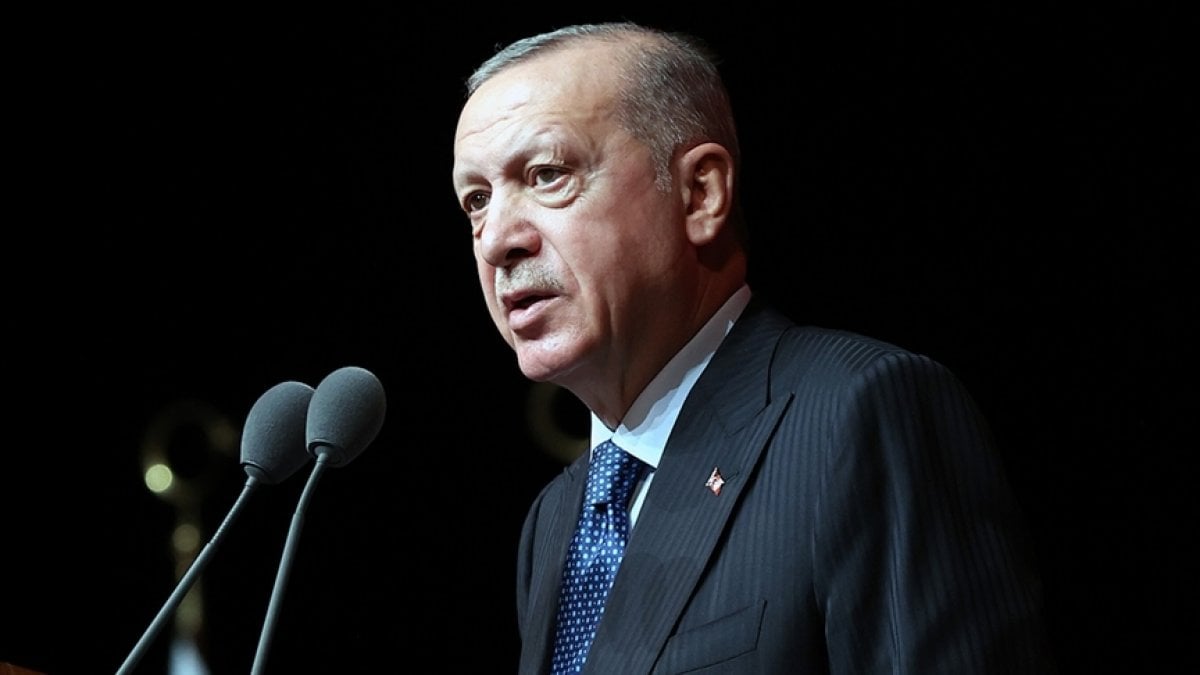 We are the country hosting the most refugees in the world for the last 7 years.

Erdogan gave important messages about the migration mobility in recent years. Stating that some countries do not take responsibility, Erdogan called for ‘confrontation’.

The Global Parliamentary Conference on Migration was held in Istanbul with the Inter-Parliamentary Union (PAB) hosted by the Turkish Grand National Assembly.

He drew attention to the issue of immigration

Erdoğan, “We witness the plight of refugees who are persecuted, robbed, beaten and even murdered by the Greek security forces almost every day.” used the phrase.

Stating that the real burden on the issue of migration and refugees is not the developed societies that have a loud voice, but the countries like Turkey, which are neighbors to the crisis regions, Erdoğan said:

“Those who use a few hundred refugees as advertising material…”

“According to United Nations figures, high-income countries host an average of 2.7 refugees per 1000 people, while middle- and low-income countries host 5.8 refugees. Those who use the few hundred refugees they have accepted as advertising material do not take any responsibility in the face of the deepening humanitarian crisis.

“We are the country that hosts the most refugees”

We are the country that has hosted the most refugees in the world for the last 7 years. I hope that we will continue to fulfill this duty that our history, culture and belief impose on us.

“No one can escape their responsibilities”

Today, when the greatest human mobility after the Second World War is experienced, no one can escape from their responsibilities. This issue cannot be avoided unless the international community has the courage to confront the underlying issues of migration.

I hope that the discussions you will hold within the framework of the conference and your ideas will contribute to the solution of the problem.”

President Erdoğan continued as follows in the other part of his speech:

“We observe that it fuels hostility towards refugees”

“With the coronavirus epidemic that marked our last 2.5 years, we see that hate speech has reached frightening dimensions on a global scale. We observe that economic problems fuel xenophobia and hostility to refugees all over the world, especially in Western countries.

“We are faced with painful landscapes”

With the conflicts between Russia and Ukraine, 5 million more people have been added to the current number of refugees. In human mobility, we come across painful landscapes.

Journeys that are embarked on with the hope of establishing a secure future by escaping from oppression, oppression and hunger sometimes end in disaster. In the last period, nearly 30 thousand immigrants, mostly women and children, lost their lives in the Mediterranean.

Reaction to the attitude of the Greek security forces

The whereabouts of tens of thousands of Syrian children who took refuge in Europe, by whom they were abducted, and their fate is unknown. Almost every day, we witness the plight of refugees who were persecuted, robbed, beaten or even murdered by the Greek security forces.

In fact, the burden of immigration and refugees; countries like ours, which are neighbors to crisis regions, attract, not developed societies that have a loud voice. As a country located at the crossroads of continents and cultures, the phenomenon of migration has been a part of our human and social life throughout history.

“They have always sought refuge in Turkey as a safe harbor”

We have opened our doors to millions of people who have been persecuted in the last 500 years, especially the Jews who fled the Inquisition. Our brothers in the Caucasus and our compatriots in the Balkans have always taken refuge in Turkey as a safe harbor when they were in trouble.

In the First Gulf War, we took care of our hundreds of thousands of Kurdish brothers who fled from Iraq, as well as 3.6 million Syrian refugees fleeing the conflicts in Syria. We did not reject anyone who came to our door because of their ethnic identity, religion, culture, disposition or sect.”

Mustafa Şentop: Europe should not escape the consequences of exploitation and plunder

Şentop, in his speech “Europe; It should not escape the consequences of the destruction, exploitation and plunder it causes. He must now realize that this road has come to an end.” said.