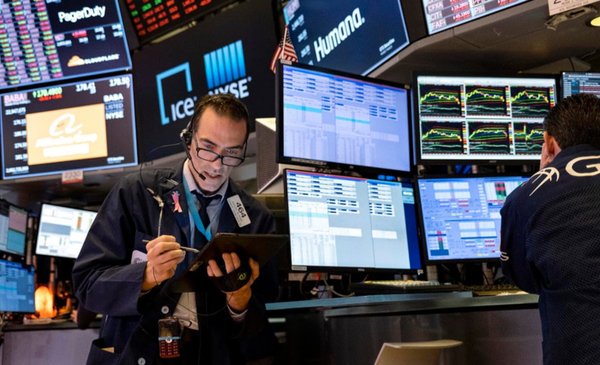 We are at the best time to start investing

After several attempts, finally The S&P500 index, which brings together the main companies in the United States, entered bearish market territory. That means a drop of more than 20% in its price.

This term, bear market or bear market as it is known in English, usually generates great fear in investors. A natural reaction that sometimes occurs is to want to get out fast to avoid bigger casualties. Of course, who is going to want to see declines in the price of their assets. Doing nothing on red screen days is something that requires nerves of steel.

And daring to start investing at times of this type of decline seems like a risky sport. But If you had to buy a new computer, would you rather do it when its price is going up or on sale day?

A study by Mackenzie Investments analyzed the bear and bull markets that occurred in the S&P500 from 1942 to date. The graph below shows the time the market spent in each trend and the returns obtained in each case.

The first thing that jumps out is that the market spends much more time in an uptrend than downtrend. If you wait long enough, the stock will go back up. You only have to go out into the streets of a country like the United States to see that sooner or later that growth and innovation will be reflected in the growth of shares.

See also  E-Perso: The identity card comes in three versions on the smartphone

But there’s one thing all of these bear markets have in common: they don’t last forever. And they can provide you with unmatched buying opportunities. The truth is that, If you invest in the long term, the best thing that can happen to you is to enter in moments of decline. But it is in those moments that it is most difficult to enter. And if you’re thinking of waiting for the low to buy, no one can predict with certainty how much lower the market will go.

A strategy that can be used in these cases is to have an investment plan that allows you to go building your portfolio at different prices, in order to average the purchase prices. In Argentina you can do it through the Cedearswhich allow you to invest in shares of the North American market in pesos from very low amounts.

It is essential that before making any investment you take into account your profile and investment horizon. You can also seek the advice of a suitable professional to help you identify the best options for your profile.

Another important point is to know that this type of analysis applies to actions of a developed and prosperous economy like the United States, in which innovative companies constantly emerge in which you can invest and make that upward trend has been maintained for so long.

Don’t try to do this with Argentine stocks, as they don’t have a similar long-term growth track record. This makes a lot of sense since stocks are a mirror of a country’s economy and in the long run they can only move in the same way the economy moves.

There is only one truth in the market and that is that if you are invested long enough, you are going to experience a bear market. Whoever tells you that he found a way to anticipate this type of market is lying to you. This has happened before and I am sure it will happen again. Being able to take advantage of the opportunities that arise in these contexts will give you the impetus to build your heritage.