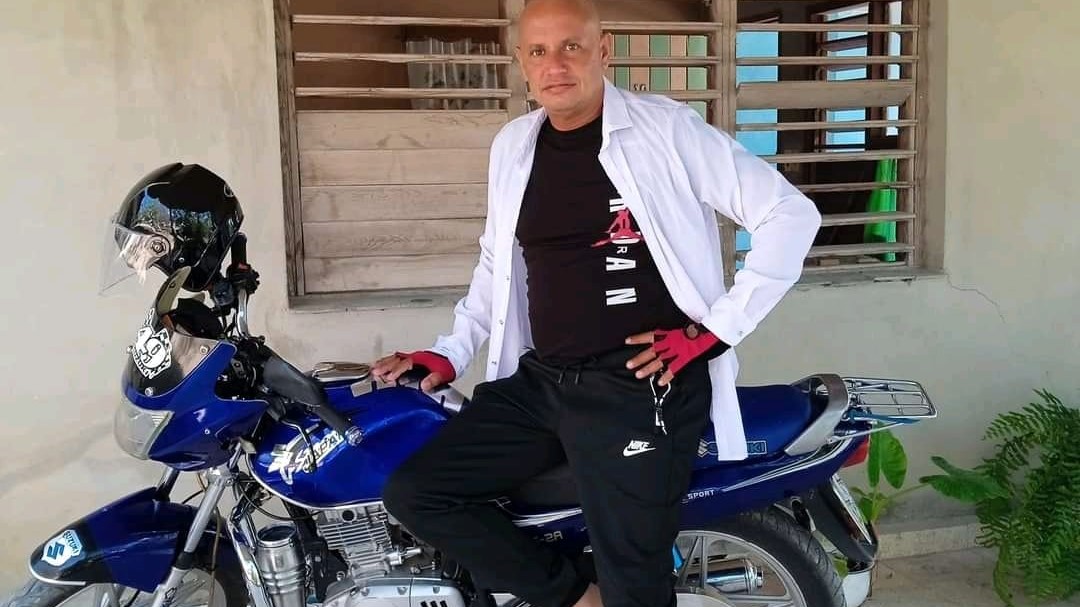 ‘We are afraid’: a homicide in Holguín to steal a motorcycle ignites the rage of Cubans

The Holguín Police captured four people allegedly involved in the murder of a resident of that city, whose body they buried clandestinely after taking away the motorcycle that he used as a means of subsistence, given that it was a private transporter.

According to a note from the local Ministry of the Interior broadcast by the official radio station Radio Angulo, Armando Argelio Pérez Zaldívar, 49, had been reported missing last week after he left his home in the provincial capital bound for San Andrés, from where he never returned.

“The rapid and professional action of the forces of the Ministry of the Interior allowed the arrest of four citizens between 29 and 33 years of age, three of them with criminal records, one of whom was seized by Armando’s motorcycle, already disarmed” , indicates the report published on the station’s Facebook wall.

According to Radius Angle, two of the detainees “confessed to having murdered him and buried him in an unpopulated area with abundant vegetation in the town of San Andrés, place where it was found. They alleged as a motive that their objective was to appropriate the means of transport and sell it in order to pay off a debt of 50,000 pesos. “

Although the report assures that the perpetrators of the crime “will be judged in accordance with the legislation in force in our country”, numerous people from Holguin expressed their rejection of the growing insecurity that exists on the island, where robberies, robberies and thefts have been reported, especially motorcycles, a phenomenon that only social networks echo, but that the official media do not mention.

See also  "Once the right to insurrection has been enabled ... the fall of the (Bukele) regime is going to occur": judge Juan Antonio Durán

Several of the forum members of the Radio Angulo publication recalled that just a year ago Holguín was shaken by the murder of the 24-year-old Daniel Martínez Pupo. On that occasion, the courts tried eight people, three of whom were sentenced to life imprisonment,

“The people are concerned, we are asking for the death penalty. Many assaults are taking place, we are feeling insecure and we urge a faster action. Prevention is urgently needed by the corresponding entities,” said Yunia Claro Ochoa, from Holguín.

A request on the platform Change.org addressed to Miguel Díaz-Canel and registered by the Citizen Peace profile calls on the authorities to deal with the seriousness of the problem.

“How long are we going to have to continue seeing stories of disappearances, with tragic endings? Where is the justice of this country?”, claims the brief text of the request, which mentions some cases of crimes that occurred in Holguín.

“We are afraid that the same thing could happen to us. (…) Please take into account the terror experienced by the mothers, wives and children of those who ride motorcycles and cars on Cuban streets.“ends the request.

Cuba is a quiet country, nothing happens here that we see in the news from other countries …

The tranquility of Cuba … ???? pic.twitter.com/u6p4DQTMbf

A video of a violent robbery of a motorist circulates on Twitter. Shared in several profiles, which do not clarify when and where these events occurred, it is seen when an individual stops at a traffic light while driving his motorcycle, a moment that three individuals take advantage of to immobilize him from behind and flee with the vehicle.

In the profile of the user Rafa in that social network, iRauladonis commented: “Here in Artemisa a guy is imprisoned who already has about eight dead, all in the same way. I rented you at night, they went out and never came back. And the guy even went to the wakes and asked the family if they had caught the culprit. All for a motorcycle. “

UnaCubanaMás added: “The problem in Cuba is clear. Didn’t they say that they took out criminals to beat up? Didn’t they fill the prisons with decent people who only came out to dissent? Didn’t they give police, criminals and pedophiles impunity as long as they are snitches? There is the result. “

For her part, the Cuban Internet user who signs as Maggie indicated on your own profile: “Yesterday 12/28 between 5 and 6PM they also attacked the A5 route when leaving their first stop in the Fraternity Park. Two men armed with injectors got in front and behind the bus and stole belongings from all the passengers and the driver. Take care “.