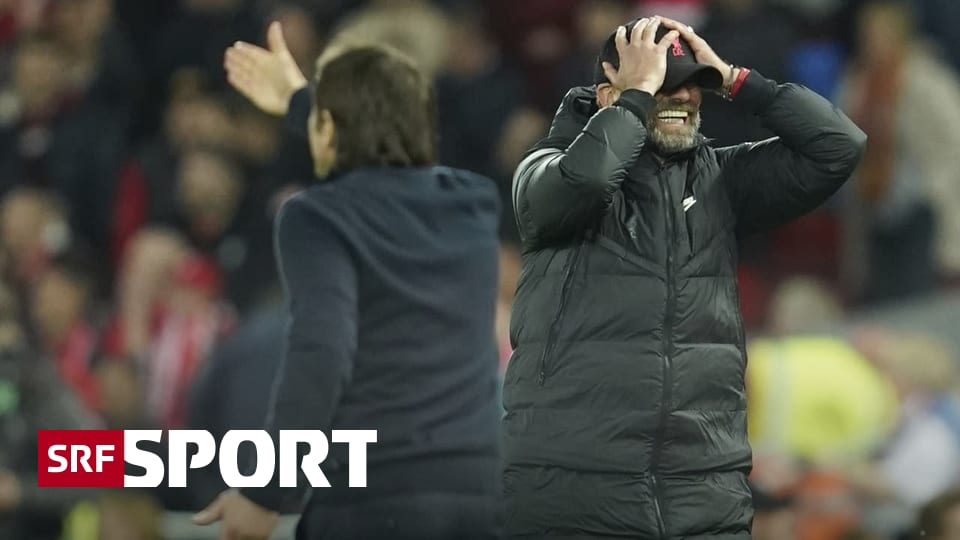 The “Reds” only drew 1-1 at home against Tottenham. Meanwhile, Watford is certain to be relegated.

Liverpool FC had to settle for a 1-1 draw against Tottenham at home. Colombian Luis Diaz secured the one point for the Champions League finalists. Tottenham had taken the lead through South Korean Heung-min Son.

That means Manchester City can take a three-point lead at the top of the Premier League table with a home win over Newcastle on Sunday. The championship title for Liverpool – the “Reds” are on a quadruple title hunt after moving into the CL final – could be in danger.

Hodgson could not prevent relegation

After the 0-1 draw at Crystal Palace, Watford, coached by former Swiss national coach Roy Hodgson, is the second relegated team from the Premier League alongside Norwich. Wilfried Zaha scored the only goal with a penalty (31st).

Hodgson took over the post at Watford at the end of January but was unable to prevent the club, which had returned to the Premier League this season, from being relegated. Most recently, the 74-year-old announced that he would end his career in the summer.

Chelsea had to settle for a 2-2 draw against Wolverhampton at home and are four points ahead of Arsenal in third place with one game more. Romelu Lukaku gave Chelsea a two-goal lead with a double strike (56th/58th). But the “Wolves” fought back through Trincao (79th). In the 97th minute, Conor Coady even managed to equalize.