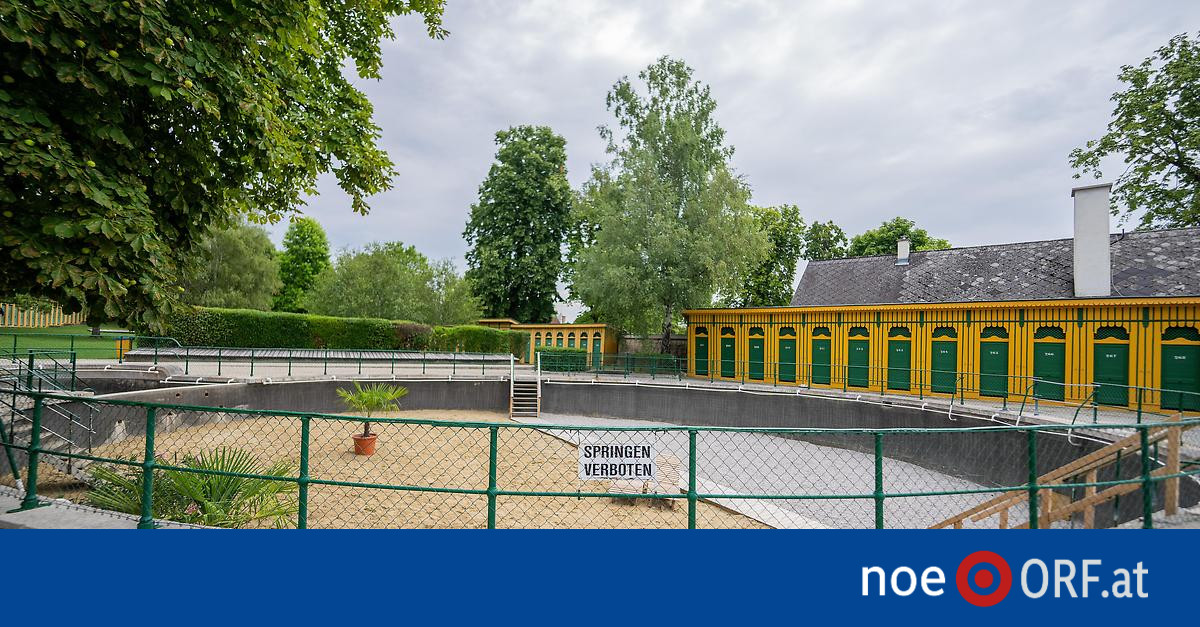 Where a year ago visitors were still swimming, sand and wooden loungers are now waiting for the guests of the Fischau thermal baths. Two out of three springs have dried up, one of the two large basins in Bad Fischau-Brunn (Wiener Neustadt district) can no longer be filled. The main reason for this – and for almost dried up lakes in Wiener Neustadt – is the lack of precipitation or precipitation that has changed due to climate change.

Wiener Neustadt lakes are running out of water

In Wiener Neustadt, some residents see a lake instead of a bathing pond. The water level of groundwater lakes such as Anemonensee, Föhrensee and Achtersee is sometimes up to seven meters lower than it was in 2009, the town hall said on request: “Since summer 2021 the level has dropped by around two meters”, in June it was however, there was a “slight relaxation” for the first time.

Only one spring is currently active in the Fischau thermal baths – and that with around half the usual spring discharge, said Mayor Reinhard Knobloch (ÖVP) to the APA. The women’s pool cannot be filled, so the bottom has been covered with sand and gravel for this year’s bathing season. The waterfall also remains closed, the men’s pool has to be cleaned more frequently due to the lower flow rate.

The mayor reported that a geological survey is currently being carried out on the cause of the dried-up springs. In any case, the unique selling point of “swimming in drinking water” is retained, so switching to chlorine water in the traditional pool is not an issue. “The bathing operation is not particularly affected,” Knobloch stated. The season tickets in the Fischau thermal baths were offered at a reduced price this year, which, according to the mayor, resulted in record sales. For day tickets, sales are “satisfactory”.

In Baden, the production of sulfur water has been declining in recent years. Of 15 sources whose discharges are recorded, a small secondary source has dried up, said Andreas Rohrer from the water management department. However, this does not have any effect on the thermal bathing beach, the Römertherme and the spa facilities. The sulfur water from three major springs is used here. In Bad Vöslau and Bad Erlach, the drought also has no consequences for bathing operations. “We get our thermal water from a depth of around 1,000 meters,” said Walter Kois, Managing Director of the Asia Resort Linsberg in Bad Erlach.

According to Martin Angelmaier, head of the water management department of the state of Lower Austria, the groundwater level in south-eastern Lower Austria is currently very low. In part, the spring discharge has also decreased. The reason for this is the below-average rainfall since autumn 2021. In the Wiener Neustadt area, the groundwater level is “at the lowest levels or just below”.

Changed precipitation as the main reason

According to Angelmaier, the interaction of many causes leads to a lower groundwater level. The main reason is changed precipitation. With regard to climate change, Angelmaier said: “We have to expect that there will be longer periods of drought and then a lot of rain within a short time.” However, the soil cannot absorb this amount, which means that the precipitation flows into the water and thus for the region get lost. In order to raise the groundwater level, “land rain, i.e. precipitation that is as even as possible and not too intensive, would be ideal,” explained Angelmaier. Furthermore, it would also need snow layers, which are generally becoming less.

In Lower Austria, meanwhile, there are major regional differences: while there is a high demand in the Weinviertel but little water, the area of ​​the Limestone Alps has large reserves with little consumption. Supra-regional supply networks create a balance. Forecasts for the east and north-east of Lower Austria predict up to ten percent less groundwater formation by the year 2050. In the Vienna area, consumption is expected to increase by 25 to 30 percent, in line with population growth.

As a measure against drought, rainwater management is used in Lower Austria. Under the motto “Keep the raindrop where it falls”, for example, communities analyze how they can keep more water in built-up areas. In the agricultural sector, management can also be adapted to reduce erosion.

In Wiener Neustadt, some private lake owners have now commissioned dredging. “In principle, this is the only way to improve the situation, but of course this does not change the extremely low groundwater level,” said the town hall. A stable ecosystem in the gravel ponds requires a depth of three meters, otherwise the water quality will suffer, Angelmaier explained about the dredging work that the water law authority had been doing for a long time.

For the drinking water supply, however, the currently low groundwater level is not a problem, it said. The corresponding wells are dug much deeper, said the Wiener Neustädter Rathaus.