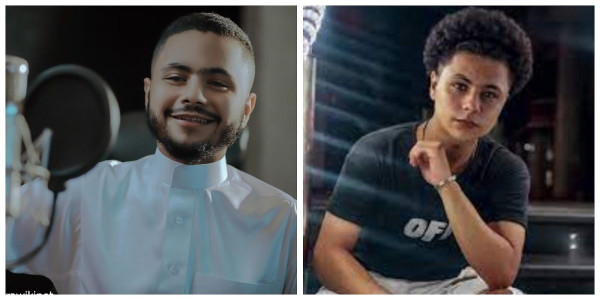 Watch: The retired festival singer puts an Egyptian announcer in an embarrassing situation on the air

The retired Egyptian festival singer, Fares Hamida, embarrassed one of the announcers while talking about the reasons for his retirement from singing popular festivals, and his tendency to religious chant.

Fares Hamida said, during a phone call to one of the programs: “He announced his repentance from the field of singing, stressing that he always left a door between him and God open, as he put it, saying: “The decision of the distance was over, but I was waiting for a piece, and I thank God since I entered the field.” And I was locking a door between me and our Lord, not closing it,” according to (Russia Today).

Fares Hamida sent a message to his fans during the intervention, saying: I like to tell young people, no matter how sinful you are and you commit a sin and the world is tight for you, always keep in an ambiguous door between you and our Lord, if it is charity, prayer or fasting, no one knows about it, and God willing, this will be the way that will help you in the direction of guidance and truth.

And about the prohibition of singing, Faris Hamida said: What is permissible is clear and what is forbidden is clear. We all know that singing is forbidden.. When the announcer commented about leaving talking about what is permitted and what is forbidden because there are many opinions that should be left to scholars, he replied: I am thinking about the topic from a different perspective, which is singing on the Day of Resurrection Right?, and if we think about it, we will find that it is not from the truth.

During the call, Faris Hamida told the announcer that he had to end the phone call to perform the evening prayer, and the presenter of the program commented, saying that she wished he would return to complete the discussion after performing the evening prayer, asking him to pray for her.