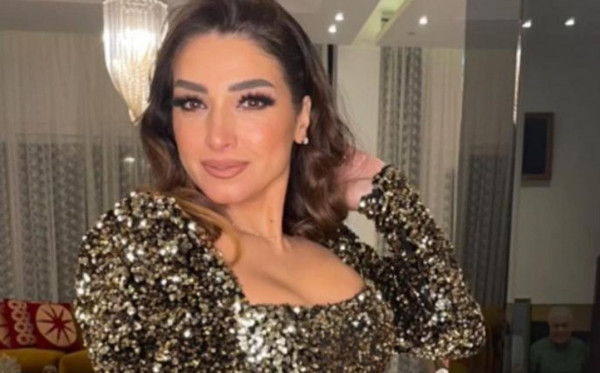 Watch: Rogina celebrates her daughter’s graduation from school.. She looked like a copy of her aunt Magda Zaki

The Egyptian actress, Rogina, and her husband, the captain of the acting professions in Egypt, Ashraf Zaki, celebrated the graduation of their daughter Maryam, and she shared a set of photos documenting her graduation celebration, in the presence of her husband and eldest daughter.

She wrote, “Praise and thanks be to God..Today is one of the happiest days of my life, the day my daughter Mary graduated, proud of you, and your respect and love for your studies, since Maya’s graduation day. Congratulations, my love..God willing, may God grant you success in university..May God grant you everything you wish for.”

Rogina received congratulations and blessings from a number of artists, including: Fifi Abdo, Nelly Karim, Liqa Swedan, Abeer Sabry, Hind Sabry, Rania Mahmoud Yasmine and others. While a number of followers confirmed that Maryam, the youngest daughter of Rogina and Ashraf Zaki, is very similar to her aunt, the artist Magda Zaki.

A few days ago, Rogina had asked the followers to pray for her mother, who performed a precise brain surgery, and wrote at the time, “Your prayers for my mother to do a delicate brain operation..Oh God, Lord of people, go to the bass, heal him, and you are the healer, the healer of the healer.” . Rogina later did not reveal her mother’s health status, after she underwent surgery.

On the technical level, Rogina revealed during the performance of the Umrah rituals, two months ago, her next series (Sitham) for the Ramadan 2023 season, and it belongs to the Upper Egypt business, written by Nasser Abdel Rahman and directed by Raouf Abdel Aziz. It received harsh criticism; To announce the series From the Holy Land.