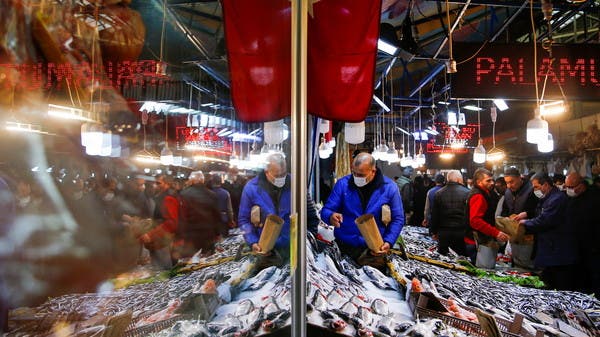 Warning of a “bleak” scenario for the Turkish economy… Will it survive the disaster?

A prominent Turkish academic suggested that his country would suffer a rapid economic collapse, as happened in Sri Lanka, basing his expectations on high inflation rates, something that other locals in Turkey had previously warned of, which has been suffering an economic crisis for years, exacerbated by the Russian-Ukrainian war more and more. Is there a rapid financial collapse in the country?

Turkish professor and economist, Kurkut Buratav, did not rule out an economic collapse in Turkey similar to what happened in Sri Lanka, especially since the local currency is declining again against foreign currencies, which will continue for a few more months, according to the Turkish professor.

Buratav expected that the Turkish lira will decline against the US dollar to cross the threshold of 25 lira against the dollar in the coming months, despite his expectations of registering partial compensation in the foreign trade deficit thanks to tourism revenues in the summer.

Commenting on this, Turkish financial and economic expert Arinc Yaldan said, “The Turkish lira is likely to decline further in the coming period against the backdrop of weak expectations regarding the global economic slowdown and mismanagement of the Turkish economy, which means the current economic crisis will worsen.”

He added to “Al-Arabiya.net” that “the Turkish Central Bank shared its inflation forecasts today, and it shows the continuation of high inflation in the range of 80-85% until late October, and these official estimates seem very fragile and pessimistic, which portends the possibility of more financial chaos.”

Turkish Bank Governor Shihab Kavcioglu said today, Thursday, that consumer inflation will slow to 19.2% at the end of next year before reaching 8.8% in 2024. The bank’s official target is 5%.

Kavci also unveiled his latest forecast and quarterly inflation report at a press conference in Ankara.

He said consumer price inflation in Turkey remained above the expected trend in June, but core inflation showed a more positive outlook.

In his review of the quarterly report on inflation, Kavcioglu added that the contribution of demand to reducing inflation will become more evident in the second half of this year.

The latest official data revealed that Turkey’s annual inflation rate jumped to a 24-year high of 78.62% in June, slightly above expectations, driven by the impact of the war in Ukraine, the rise in commodity prices and the lira’s decline since the December crisis.

The Turkish Statistical Institute said consumer prices rose 4.95% on a monthly basis, compared to the expectations of a Reuters poll of 5.38%. Annually, consumer price inflation was expected to be 78.35%.