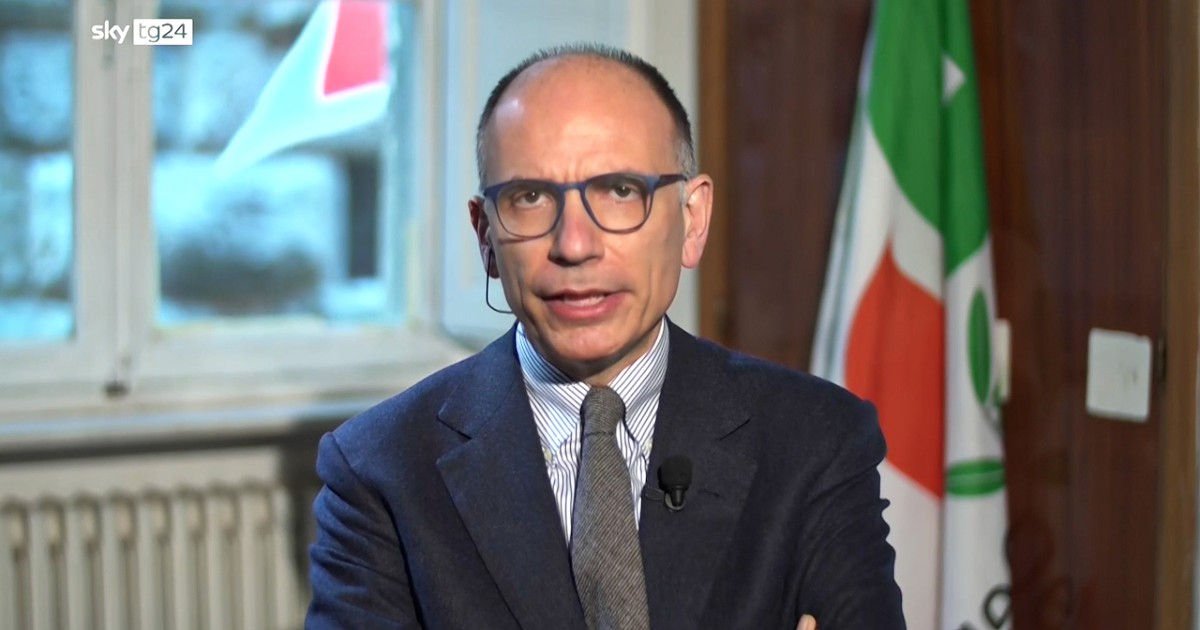 War Russia-Ukraine, Letta repositions the Democratic Party: “We must not be guided by the US, the EU is an adult. Johnson’s outings are out of place”

On the eve of the departure of Mario Draghi for the United States, Enrico Letta reposition itself: “We must not be guided by the US, Europe is an adult. This war is in Europe and Europe must stop it. It would be wrong to sign peace in the US, as it was for the former Yugoslavia “, said the secretary of the Democratic Party in an interview with Corriere della Sera. “Five great countries, Italy, France, Germany, Spain and Poland must now move, united, for peace. First go to Kiev and then meet Putin ”, continues Letta, who then defines“ out of place Boris Johnsonwhen he says that the war must be brought to Russian territory ”.

In short: after a first moment in which the Pd seemed to move in the wake of the Atlantic positions, the secretary adjusts the course. “The idea of ​​winning, of beating the opponent – he says – does not belong to me. This is the pattern in which he would like force Putin on us. It is the hour of the ceasefire, of the truce, of peace. Knowing that the aggressor is one and only one: Putin. He must be stopped, weakened, pushed to peace. And in our debate it is not enough, as I read for example in the interview with By Benedetti on the Courier, the mere repetition of the word peace, if one does not indicate how, if one does not assume the consequent responsibilities “. The reference is to the interview with the newspaper in via Solferino in which the entrepreneur had explained that “today we Europeans have no interest in waging war on Putin” and “the interests of the United States of America and the United Kingdom from one side, and Europe and in particular Italy on the other, diverge absolutely “

A position that now seems to be shared by Letta as well, given that the dem secretary explicitly mentioned the conduct of Joe Biden e Boris Johnson. And he seems to want to push his party to the positions of Bergoglio. “I am respectful of the travails that war brings with it. As a Catholic, I also question myself. But I ask for full respect for our positions. I look carefully at the Pope’s mediation work, it is our duty – concludes Letta – to support it with great strength ”.

Already yesterday Letta had adjusted the line on peace. “Nobody wants military escalation, nobody has ever thought of sending weapons to Kiev as an instrument of offense and aggression in Russian territory”, he said at the seminar of the Pd Foundation, organized by Gianni Cuperlo. Always Sunday Graziano Delrio he had given an interview to the press in which he declared that “Americans should be careful not to use these tones”. And speaking of Draghi’s trip to the USA, the parliamentarian of the Democratic Party had wished that “a Joe Biden the premier should say that Italy is doing its part, but wants to promote, as Moro said in 1975, a security framework in which Europe is the protagonist, without delegate it to NATO“.

Over the weekend, Italy’s role on the Ukrainian front and Draghi’s visit to the USA animated the debate even among the 5 stars. On Saturday, Giuseppe Conte had called the race to riamo “madness”, and had criticized the premier for his decision not to go to Parliament before the American trip: “Our positions are of great responsibility but we are treated as troublemakers, as harassers” . Sunday, however, Luigi Di Maio he returned to the issue of weapons: “We must support Ukraine and its army for yours self defense and at the same time Italy will continue to work for peace. But we cannot think of supplying weapons to hit Russian soil, ”the foreign minister said.